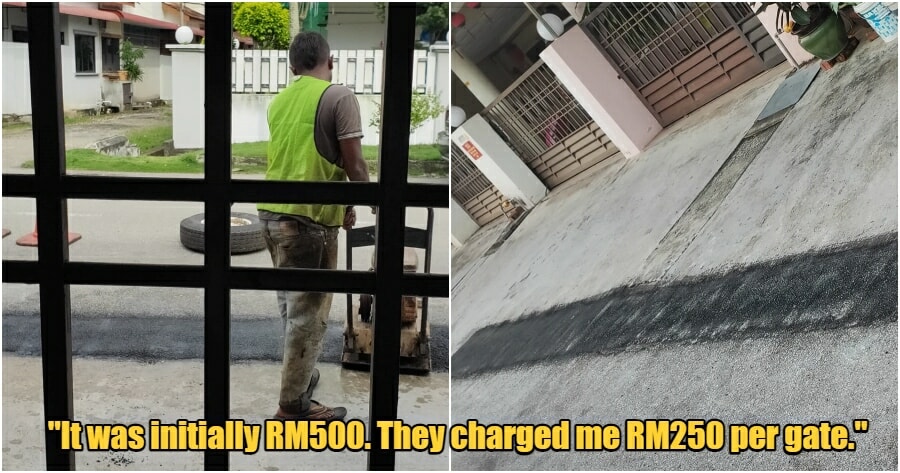 Our hard-earned money tends to flow out unexpectedly sometimes and with some people plotting their scheme to “steal” our money in broad daylight, it certainly does not make things any easier!

Recently, in a Facebook post, a woman in Taman Puteri Indah, Batu Pahat, Johor shared a lesson that had cost her RM400 when she had to pay that amount to “workers” fixing the pavement in front of her gate. The workers, consisting of 4 men claimed to be sent by City Council to fix the road.

The incident took place on Tuesday (September 6) when the woman, Kit, who was on the phone was startled by noises outside her house.

What she saw before her eyes was a group of men on a lorry in front of the gate, and one of them angrily asked her to move her vehicle away as they wanted to fix the pavement. As Kit was about to leave the house, she asked if they could wait for another 10 minutes.

“Still, they rudely asked me to park somewhere else, to which I did”, Kit added.

As the men were working, Kit could sense something was not right. Out of fear and not wanting any trouble with them, she approached the man and asked if she should pay them anything for the works done.

“I don’t want them to return at night and seek revenge on me”, she explained in her post.

To which one of the workers said,

Before agreeing to pay anything, Kit contacted one of his guy friends, and when he showed up, the worker who spoke to him rudely lowered his voice. Kit’s friend tried to navigate the conversation and find a middle ground for the price, and they eventually agreed on RM400.

The negotiation, however, did not end there.

“Upon finishing the road work, he asked for RM450. My friend told him we only have RM400, so take it or leave it,” Kit explained.

In the comment sections, one of the users revealed that should this happen to anyone in the future, the first thing we should do is to call the City Council and reconfirm with them.

“City Council should not charge residents for the work.”

It is not confirmed if those workers are indeed from City Council, however, as everyone would already know, City Council would not charge residents for works done even if a report is filed to fix something.

Fellow residents in Johor, or anywhere in the country, have you ever encountered a situation like this? Did you allow them to fix the pavement/road outside your house and did they charge you for the work? Do share with us your experience.

Also read: ‘Why are you doing this to your body?’ – M’sian Tattoo Artist Gets Judged For Her Inked Skin 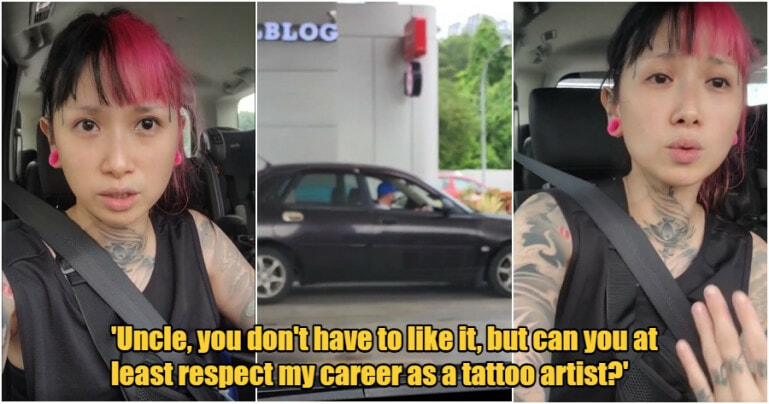