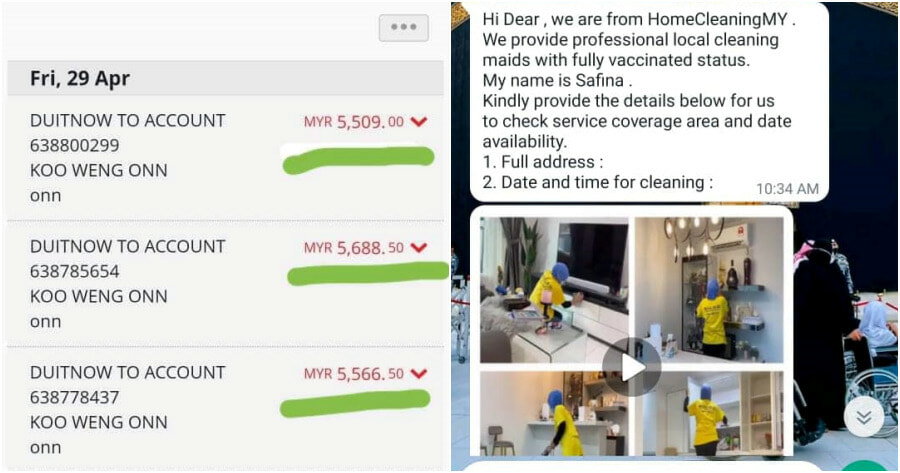 Day after day, scammers are coming up with new ways to lure their victims into the traps and leave them with sadness and frustrations. Another day, another victim is successfully tricked and it seems like there is no end to this.

Recently, a real estate negotiator, Khairul Anwar posted on his Facebook account to share an incident where he was tricked by scammers pretending to run a maid service company. He was surveying online with his wife for an immediate part-time maid service for the weekend. 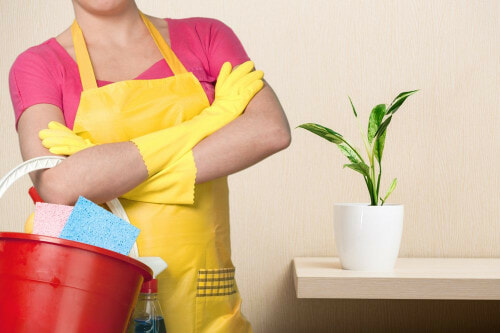 The couple found an advertisement on Facebook that offered maid services at a cheap price and that was how the scamming started.

On the night of 28 April, Khairul was asked by the company, known as HomeCleaningMy to make their appointments by clicking on the given link where payments could also be made.

He did as instructed by logging in and installing the application. He did not suspect anything at first.

“The payment method was so real. It was just like any other transactions.”

However, everytime Khairul inserted his username and password, an error page would pop up. Khairul immediately informed the company about it.

The next day, Khairul was informed by the company that they had yet to receive the payment and for that, they could not lock in their appointments. The couple decided to give it another try and this time, his wife used her bank account.

Khairul once again told the company the same thing and this time, they agreed to allow Khairul to make payments by cash when the maid “reaches” his house.

“Hubby, our money is gone!”

Around 20 minutes after that, Khairul’s wife received a notification from the mobile banking application, saying that there were 6 transactions conducted every 2 minutes. Each transaction were around RM5,000!

The money was transferred to someone else’s account as shown in the picture above.

Nearly RM30,000 was scammed and Khairul was left with only RM20 in his account!

Devastated, Khairul called the bank to freeze their accounts before lodging a police report. He then alerted the people to be aware of HomeCleaningMy and despite the possibility of the company using different names, here are their scamming techniques.

It seems that many people have fallen into the traps of these notorious scammers! You are always advised to be alert before making any online transactions to avoid disappointments and heartbreaks. 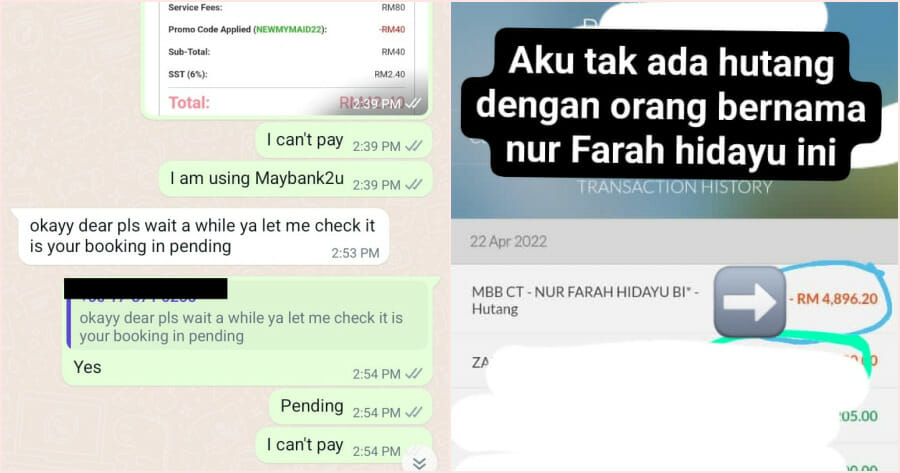