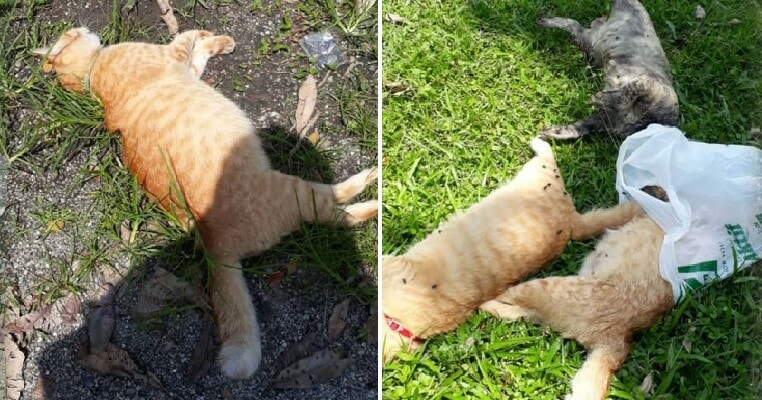 Oh no, this is so sad! A cat lover was devastated when she came back from her family holiday in Johor and found 10 cats that belonged to both her and her neighbour had been poisoned to death. The incident is believed to have happened at Taman Perumahan Saujana Puchong, Selangor last Wednesday (Feb 6). 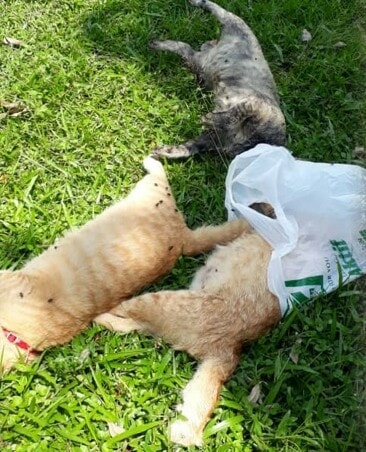 According to Kosmo! Online, the lady, identified as 49-year-old Wan said that before she left for her holidays on February 2, she had asked her neighbour to help her feed four of her cats. However, she received a call from her friend on Sunday (Feb 3) saying that two of her pets had been vomiting blood and not long after that, both of them were found dead nearby.

When the family returned home on Tuesday (Feb 5), their neighbour told them that their cats were missing as well so they tried looking around for animals. “Usually, the cats can be seen nearby our houses but we couldn’t find them that day. Since it was getting dark, we decided to continue our search the next day,” Wan said.

“I was heartbroken when I saw eight of the cats that belonged to both of us lying dead on the ground. These cats have been with us for four years and when we found them, it is believed that they had already died a few days ago. I believe that the cats were poisoned to death because their mouths were bleeding,” Wan told Kosmo! Online. 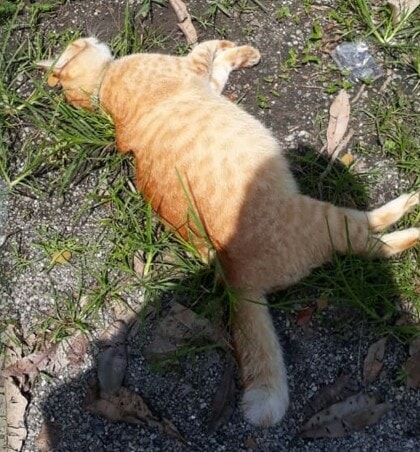 She said that she has been living in the area for almost 15 years and this was the first time such a tragic incident had happened. She said that she did not want to make any wild accusations but that the person who poisoned innocent animals is cruel and heartless. That’s true!

The other residents in the area condemned the ruthless actions of the cat killer and they have since lodged a police report together. Subang Jaya OCPD Asst Comm Risikin Satiman has confirmed that they have indeed received the report and will be taking down their statements in order to assist with the investigation.

This is really terrible! Hopefully, the ruthless people who did this will be brought to justice! 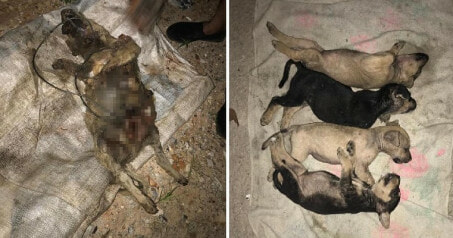