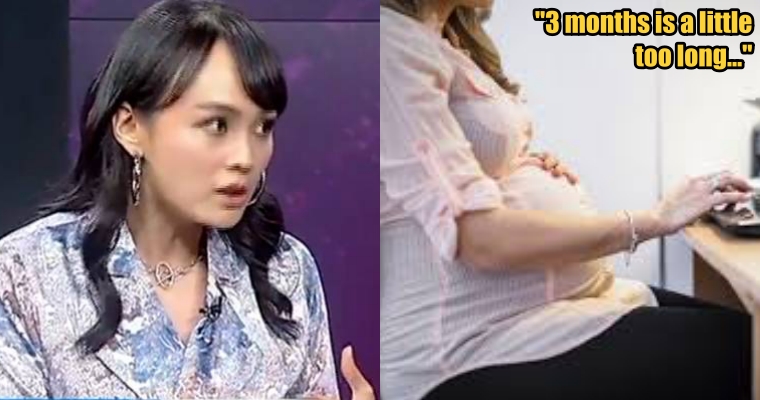 Malaysian citizens have been debating about maternity leave being increased from 60 days to 90 days in 2021. Some celebrated the fact that women’s rights are being supported, while others worried about women’s position in the workforce.

According to Astro Awani, Christy Ng, a Malaysian entrepreneur, expressed her less-than-enthusiastic opinion of the extended maternity leave.

“It (maternity leave) has some goodness in it, but it also has its negative impacts – because I think having a woman off the workforce for three months is a little bit too long. She may go out of touch really quickly, and I’m also very concerned that this move would actually deter more employers to put women at high ranking positions.”

She further explained that she didn’t want women to lose their ability to compete with men in the workforce, leaving employers to pick men over women when it comes to higher positions. Christy also added that the third month of the maternity leave should be about flexible working hours as it will be difficult to find a replacement for the new mother, and it will also lift the burdens of other employees. 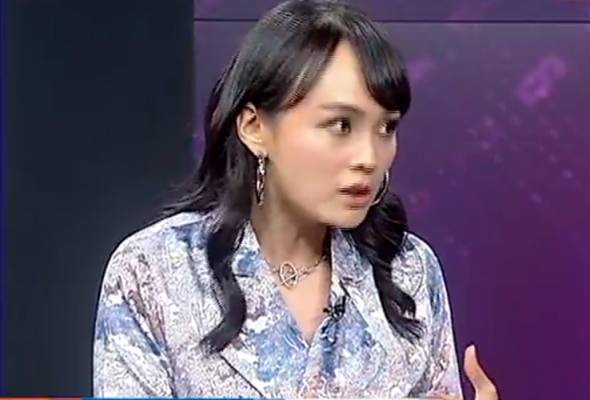 However, netizens on Twitter disagreed with her opinions and many raged about how she only thought about this issue as an employer.

Hannah Yeoh responded in a tweet in response to Christy’s views, emphasising that the point of implementing a longer maternity leave is to improve the bond between the new mum and her baby. She also added that maternity leave should not be only perceived from the employer’s point of view. 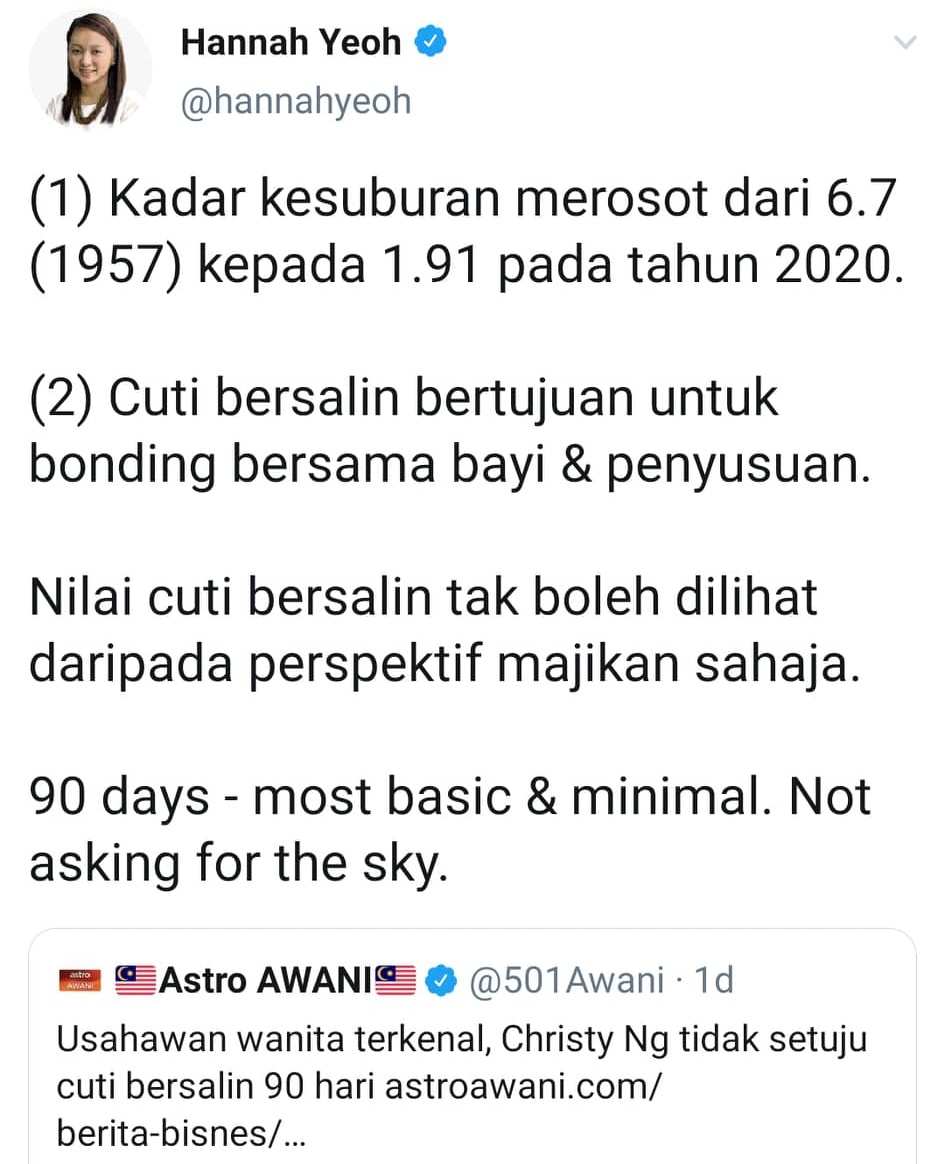 Other netizens also gave their two cents, pointing out that the maternity leave is not the issue when the real problem lies in the company’s managing skills. 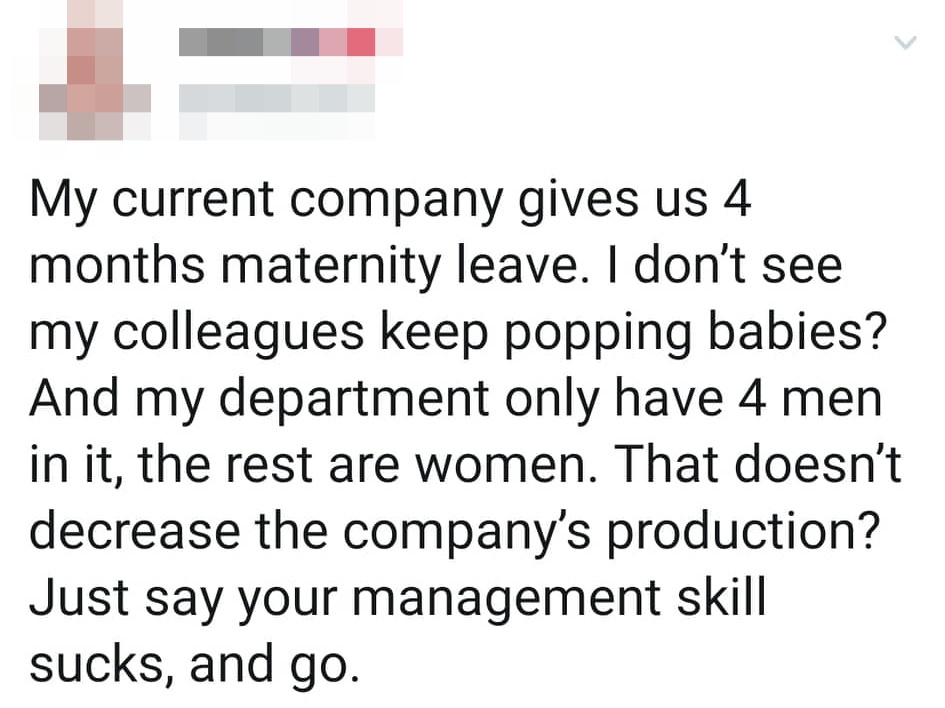 They also believe that it’s more important to build a healthier and more wholesome society than having female employees work for employers like robots. 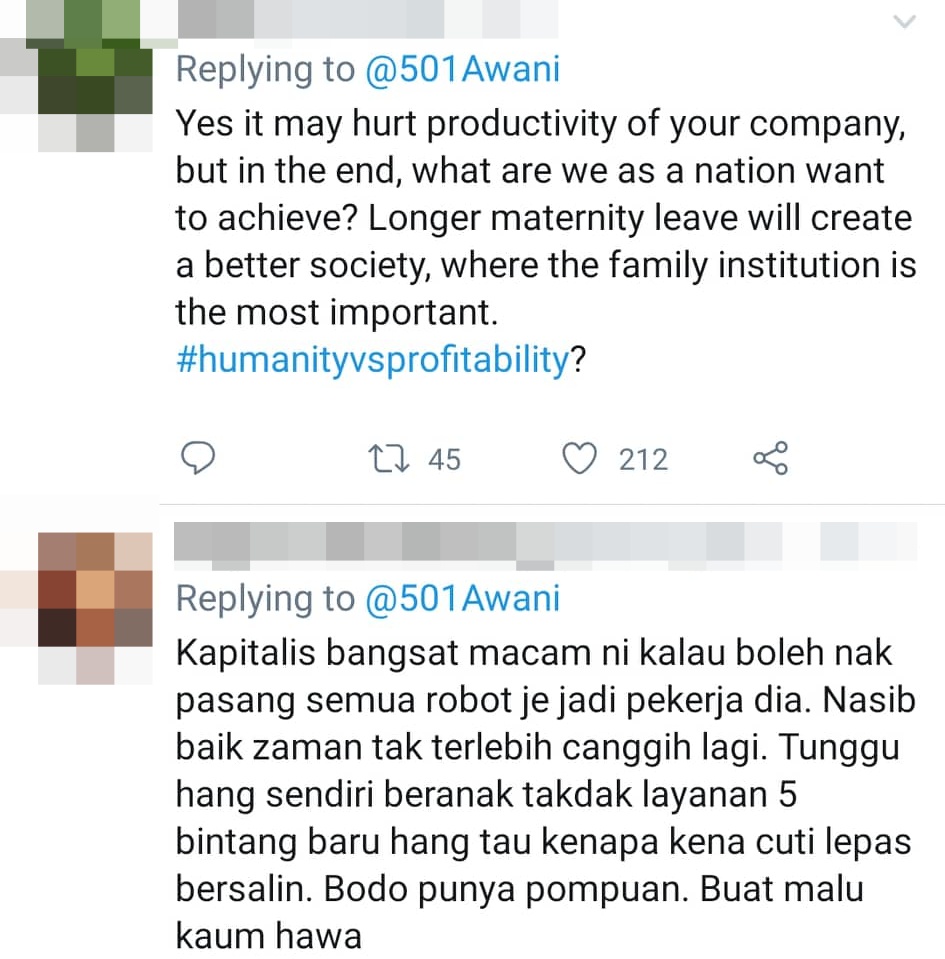 We hope that all employers will find a balance between allowing the female staff to go on maternity leave while maintaining the productivity of their companies. 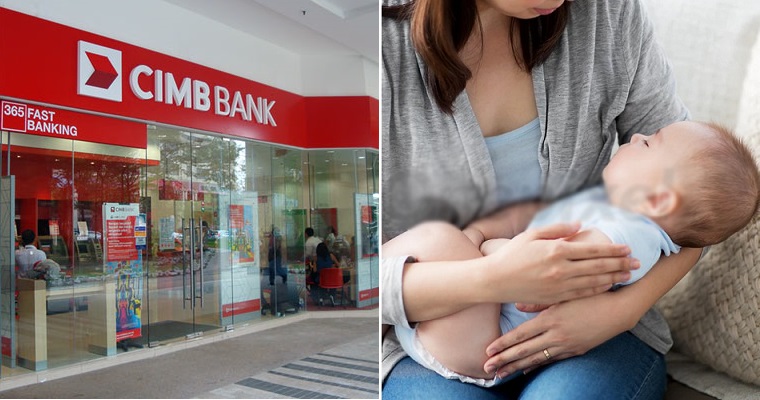