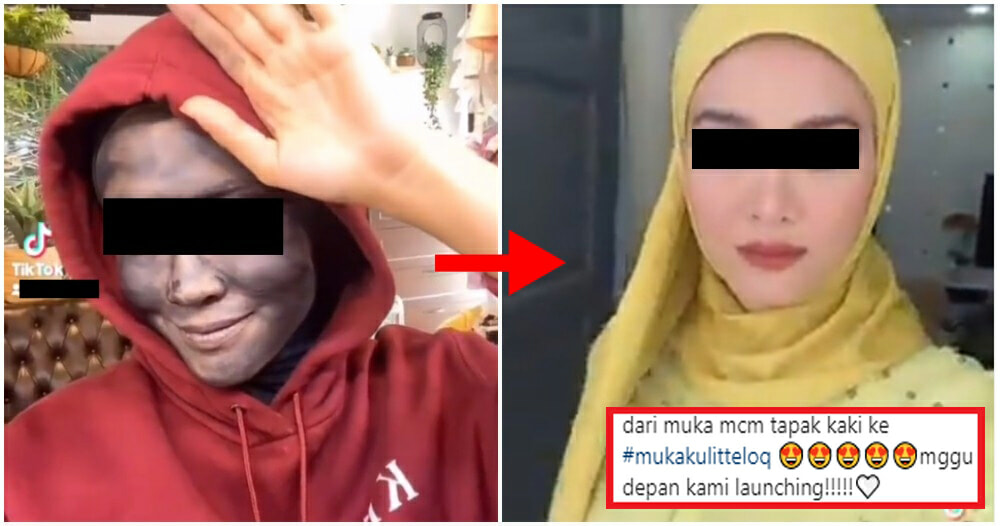 Update: Videos on both TikTok and Instagram have been deleted. The entrepreneur has since uploaded new content on her platform but there is no sight of an apology even though netizens are demanding it.

By now, we would think that people would know better than to don black face no matter what the purpose is.

However, it seems that the message didn’t get through to a Malaysian entrepreneur who did a TikTok challenge while wearing black face and at the same time, promoting her new product.

In a TikTok video, said entrepreneur had her whole face in black while she repeatedly hit her camera. After a few hits, the black makeup that was on her face disappeared and was replaced with her glam-type makeup. This challenge is called the “I’m so pretty” challenge which was named after a song called “I’m So Pretty And He Like That” by Kato. 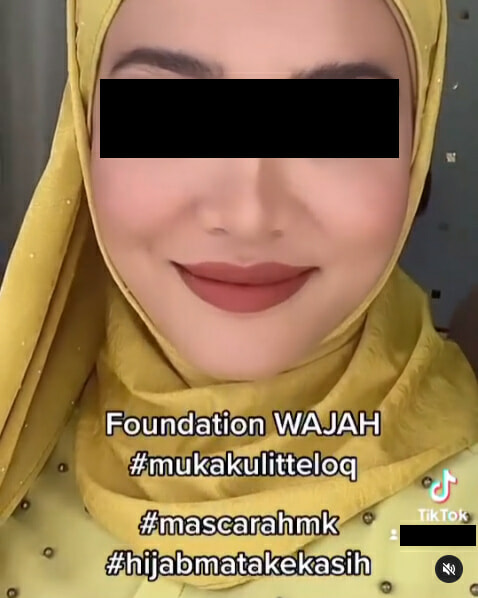 The entrepreneur then took her TikTok video and reposted it on her official Instagram account (with three million followers) with the caption:

“From a face resembling the sole of the feet to a face like an egg! We’re launching next week!”

It is understood that the video also serves as a promotion for the entrepreneur’s new foundation line which will be launching soon. 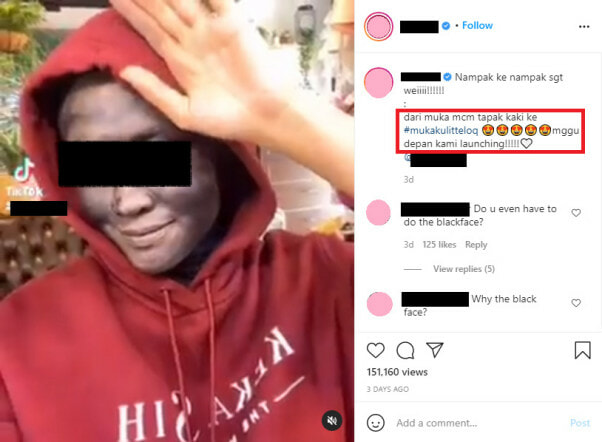 Many netizens have since commented on her post and said that there was absolutely no need for black face to be used in the video. Some have mentioned that the post is racially insensitive, offensive, and inappropriate among other things.

We have reached out to the actress and have yet to receive a reply.

Also read: TikTok Star in China Under Fire After Getting Exposed For Editing Her Looks & Lying About Age 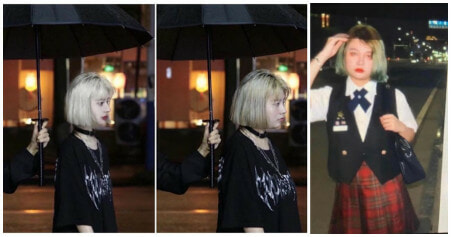