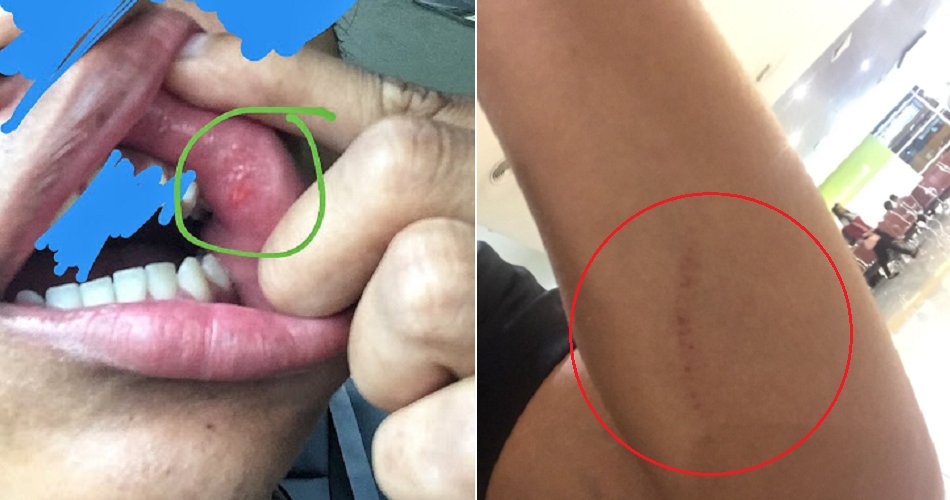 This isn’t the right way to treat anyone!

According to The Reporter, a passenger was physically assaulted by a bus driver when he questioned the driver for being late. What even?

The whole ordeal was shared on Twitter by the victim himself, who later lodged a police report about the incident. The incident took place in Gambang when the victim was on his way back home to Kuantan after waiting very long for the bus (Etika Express).

“I arrived at UMP (Universiti Malaysia Pahang) at around 10.30pm and waited until 10.43pm for the bus  (UMP – Kuala Lumpur). I called the E-ticketing operator and he asked me to wait for another 15 minutes. However, at 11.05pm, the bus still had not arrived. I called the operator again but the counter was closed.” 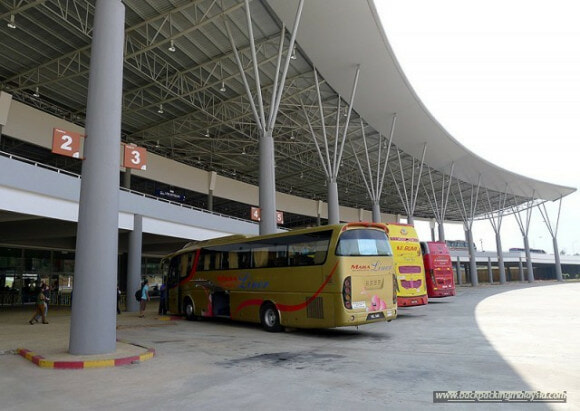 “I was on my way back to Kuantan when I saw the bus arriving at Gambang at around 11.34pm. I chased the bus and confronted the driver for arriving late.”

“He said he was filling fuel for the bus, as usual. However, it isn’t something normal because he was filling up petrol at Gambang and not Kuantan. The driver also had the audacity to say that it wasn’t his problem if he’s late.”

Refusing to argue any further, the victim boarded the bus, and he was immediately confronted by another bus driver. The other bus driver asked him to settle the issue outside if he wasn’t satisfied but the victim didn’t leave the bus. 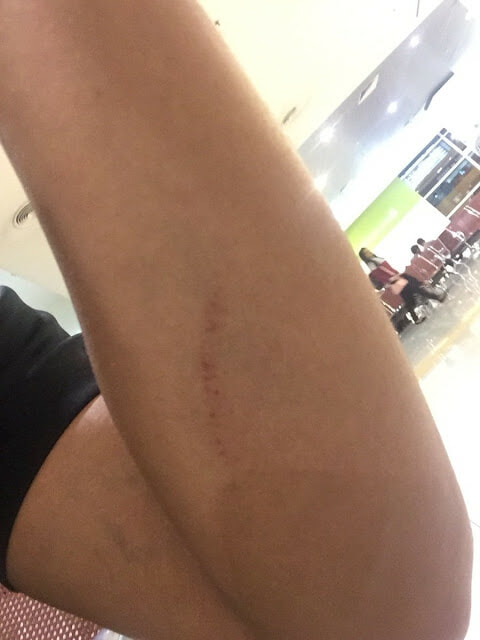 Much to his dismay, he was held by one of the drivers as he was punched by another driver. He wrote,

“I didn’t want to get down. I had paid for the tickets and I wanted to get to Kuala Lumpur. He forced me to get down but I refused. Then, one of them held me while another punched my face. I have already called the Kuantan Police Station.”

After that, the victim noted that he had also made another police report in Kuala Lumpur but he shared that he’s particularly disappointed with the sergeant from the Kuantan police station who called him up and questioned his move to confront the late bus driver. 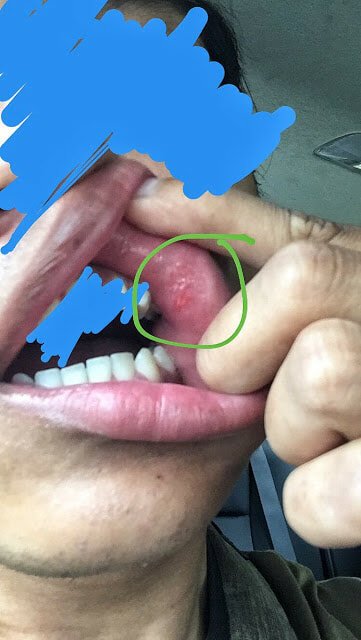 He further shared that he had already bought a return ticket (back to Kuantan) and a counter operator told him to lodge a complaint to SPAD (Suruhanjaya Pengangkutan Awam Darat) or JPJ (Jabatan Pengangkutan Jalan). The victim said that he emailed all the relevant information to SPAD and hoped that they could work together with JPJ to take appropriate action against the Etika Delta bus drivers. Hopefully.

On 9 October 2018, the victim updated that when he arrived at Terminal Bersepadu Selatan (TBS), the auxiliary police was already waiting there. According to the bus driver, he said he punched the victim because he is a heart patient and hence, if he didn’t attack first, he would’ve gotten attacked by the victim first.

The driver also said that he asked the victim to get down from the bus because the victim didn’t have a physical ticket, but the victim actually had an electronic ticket. 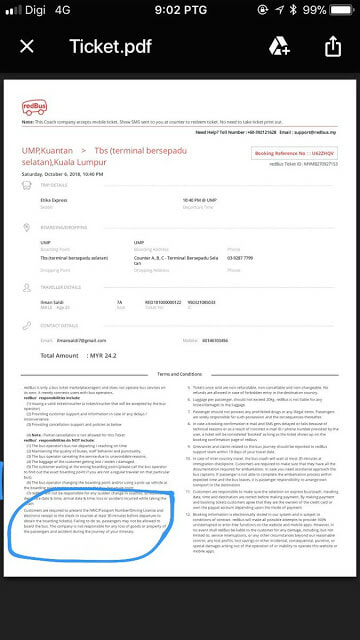 On 10 October 2018, the victim said he had already consulted a lawyer and lodged a complaint to KPDNKK (Ministry of Domestic Trade & Consumer Affairs). However, the complaint cannot be brought further because KPDNKK has no power to handle this issue.

That said, the demand notice as issued by his lawyer will still be sent to the bus company. FYI, they have demanded an apology letter and reparation for the damage caused to the victim.

Hopefully, the victim will get his justice and the drivers will face the appropriate punishments. Have you had any extreme encounters like this? Let us know in the comments below!

Also read: Road Bullies Get Down From Car to Physically Attack M’sian Driver at Tuas Checkpoint 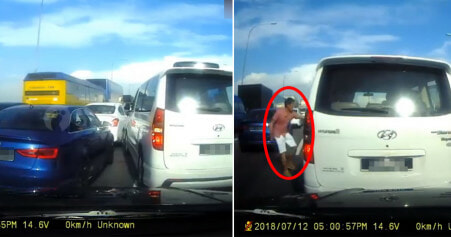