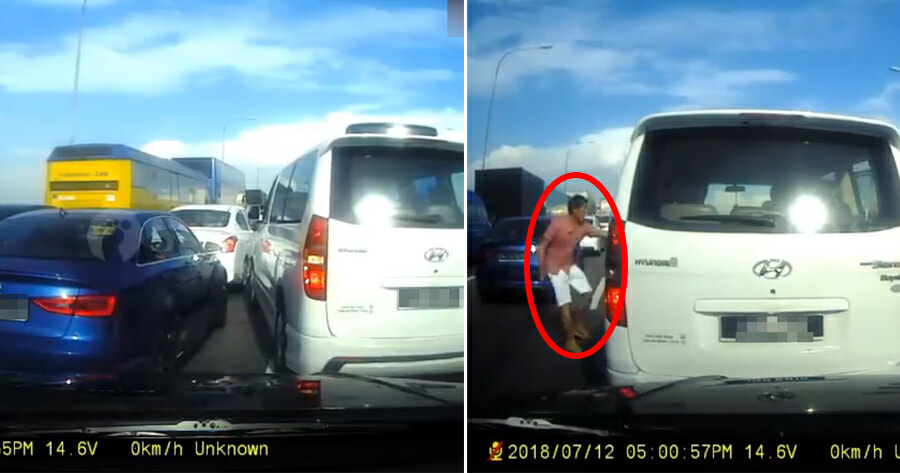 I’m sure every Malaysian can relate to getting stuck in a massive traffic jam due to a broken down vehicle. Being the kind people that we are, it is an unspoken rule that we give way to other vehicles to make ensure the traffic flows smoothly.

However, there are some drivers who can be a little stubborn and refuse to give way to others. What’s worse is when they start becoming physical with other drivers, like this incident that happened recently.

On July 12, a viral video was uploaded to Stomp’s Facebook page, a Singaporean news portal, where a motorist’s dashcam recorded two men in a Singapore-registered Audi getting down from their car and physically assaulting the driver in a Malaysia-registered Hyundai. Road bullies! 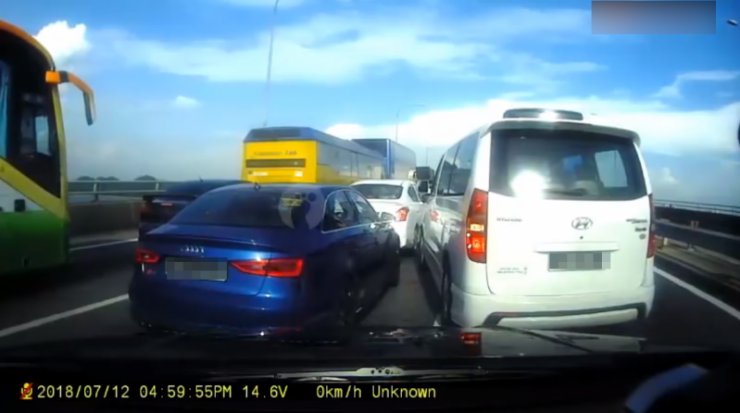 A bus had broken down on the Tuas Second Link near the Tuas Checkpoint causing traffic to come to a halt as vehicles from the first and second lane had to merge into one to overtake the stalled bus, reported Stomp.

“As a gracious driver, the white Hyundai Starex driver signalled to indicate a lane change,” said an eyewitness.

“Most cars in the second lane practised the ‘1-in-1-out’ rule to allow cars in the first lane to merge and overtake the bus – except for the blue Audi.”

The video shows the Hyundai indicating to switch lanes while the Audi refused to give way. 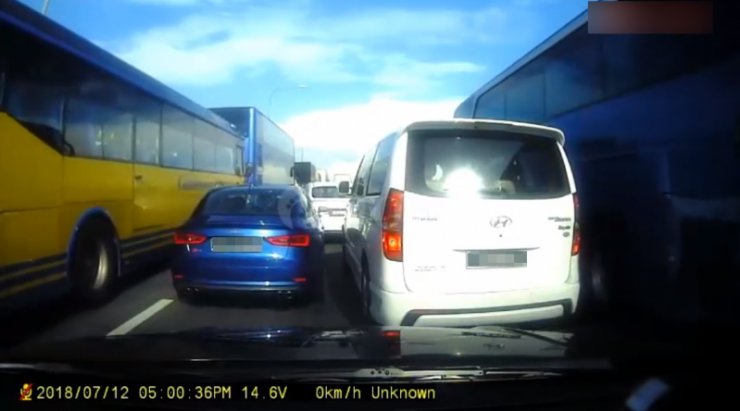 After the Hyundai had overtaken the bus, two motorists from the Audi then got out of their car and approached the Hyundai.

“The unfortunate incident did not stop there. The Audi driver and his passenger then stepped out of their car and started to physically attack the Hyundai driver.”

“It was unfortunate that the Hyundai driver did not lock his doors,” she said. 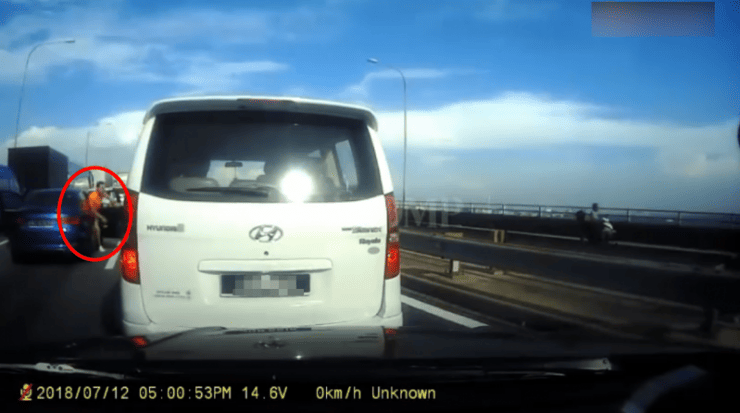 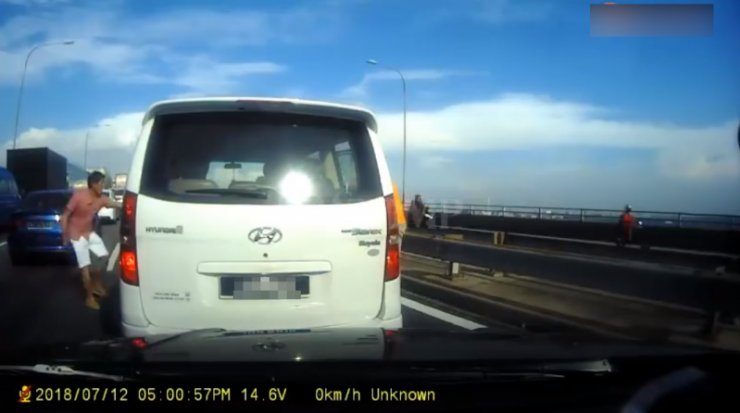 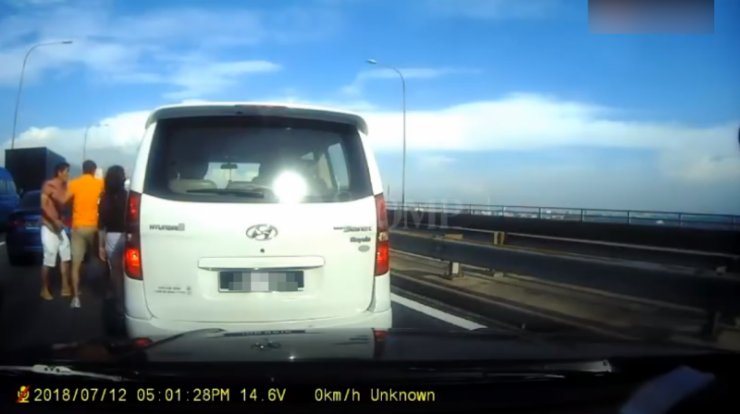 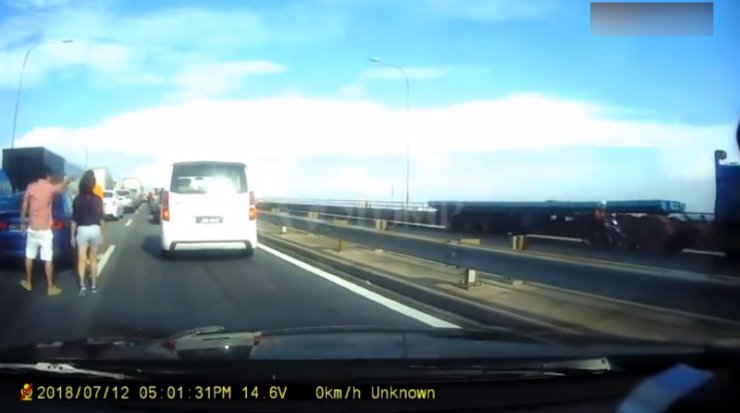 However, despite being physically attacked, the Hyundai driver did not make a police report on the matter as he “was in a rush and seemed reluctant to pursue the matter. He also wanted to avoid trouble, as he frequently enters SG-JB.”

Men exit Audi SKG6263B to 'attack' driver from both sides of his car near Tuas Checkpoint: https://bit.ly/2L7t9ZGA Stomper said: "I hope, through this footage, they will reflect upon their behaviour and stop being road bullies!"

We hope the driver in the Hyundai is okay. Remember guys, give way to others and always lock your doors when you’re on the road. 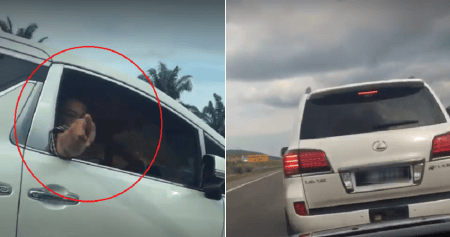