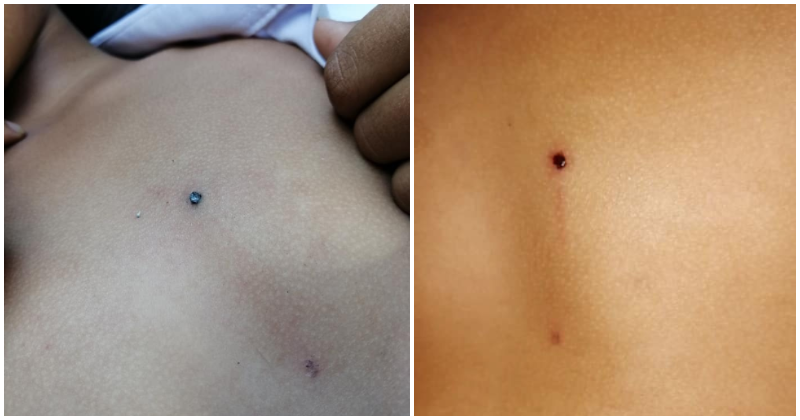 Kids may not like to go to school in general, but sometimes when they make an exaggerated effort to not go, there’s clearly something wrong. Parents, this one is for you guys.

A school boy was stabbed in the chest with a pencil by a bully who has apparently been beating up the poor kid for a while.

Mell Koleksi Balqis, the mother of the boy, shared the shocking incident in a now-viral Facebook posting.

Mell, heartbroken by what happened, explained in her posting, “Mothers and fathers, if our children ever complain about being bullied, if they say their pocket money was taken, if they say they don’t feel comfortable and are scared to go to school, if our children suddenly get angry or display any kind of changes, please, please don’t stay quiet.”

“We take lightly what happens to our children when they’re at school because we think they’re safe in the hands of the teachers. But the truth is, our kids have difficulties speaking to teachers. In my case, luckily there was a lot of proof from his classmates. Many saw what happened. Just two weeks ago my child was badly bullied. He was just getting over the trauma when this happened. Allah, what mother won’t be sad. Let this be a lesson for all.” 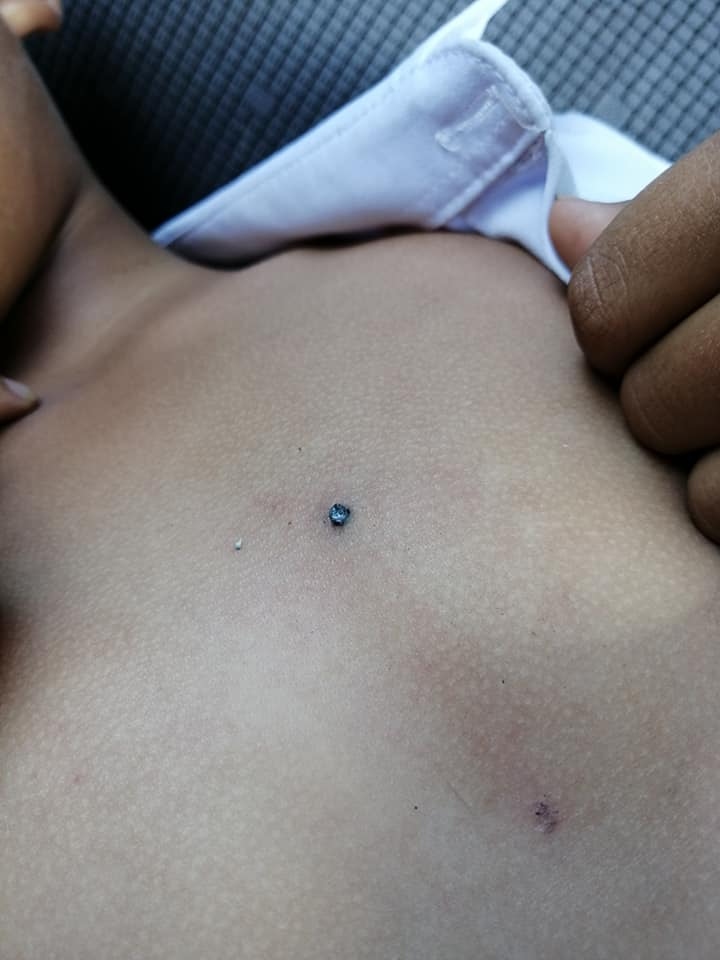 The bully had apparently stabbed the boy because the boy had finished his homework and had wanted to submit it before the teacher got angry. The bully on the other hand, told him not to submit it yet (probably because he hadn’t completed his own). The boy handed in his work anyway, which led to the bully getting angry and stabbing him once with a blunt pencil.

Shockingly, the bully, upon realizing that the pencil was blunt, grabbed a sharper one and punctured the poor boy’s chest. He had also yelled, “I’m going to kill you! Good for you!”.

What’s even worse is the fact that the teacher who was in charge told Mell that the bully was ‘just kidding around’. 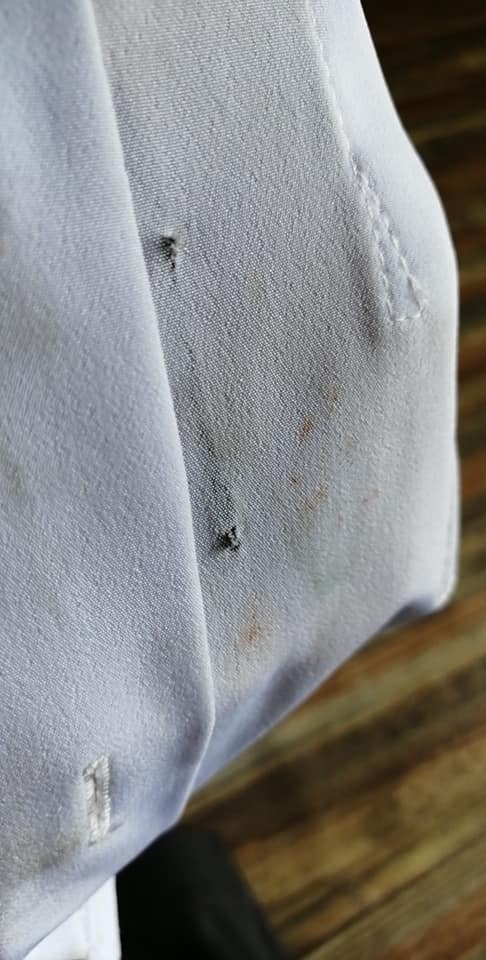 Mell’s son was apparently not only bullied by a classmate but other classmates were also taking his pocket money, resulting in the boy going hungry. He was also new to his class, and so didn’t have any friends to stand up for him.

Upon doctors’ examinations, it turns out the pencil’s lead had been lodged quite deeply into his chest. The doctors managed to remove the pencil lead though they’re not entirely sure if there are any remnants.

Let’s hope the boy has a speedy recovery that goes without a hitch and that the bully is properly dealt with as such behaviour should never be condoned, not only by parents but also educators whose main priority should be to shape better minds, not justify toxic actions. (Shame on you, teacher.)

Mell’s posting has since garnered over 13,000 shares.

We’ll be your friend, little boy.

Also read: Orang Asli Kids Travel 200km Just to Attend Wedding of Teacher Who Never Gave Up on Them 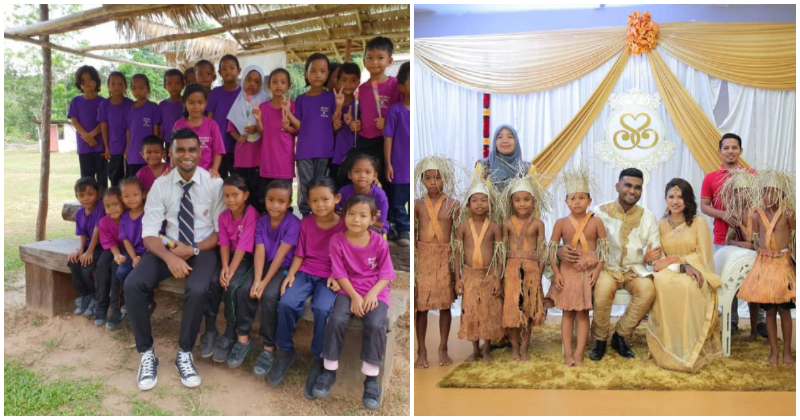