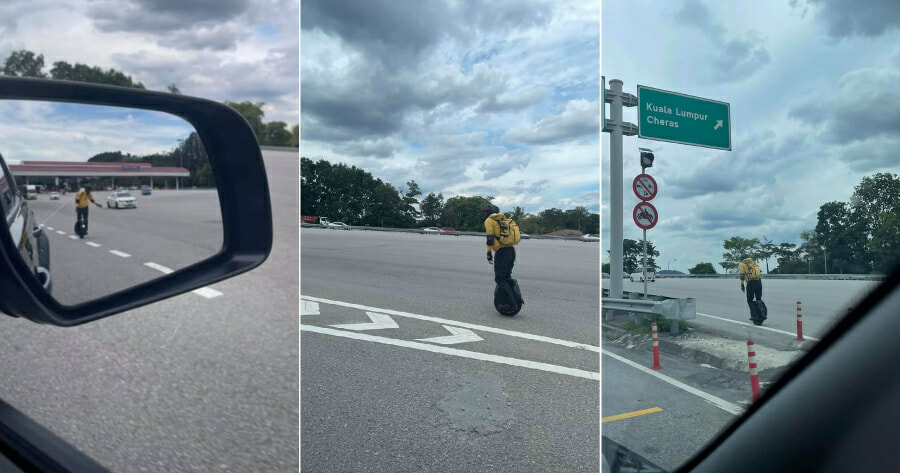 Over a year ago, a man in a yellow jacket caught the attention of Malaysians as he journeyed on a highway heading towards Cheras. But it wasn’t his yellow jacket that caused a debate online, it was the fact that he was on a motorised, portable unicycle.

Transport Minister, Datuk Seri Dr Wee Ka Siong, shared his concern over such vehicles on the road as these micro-vehicles could cause potential harm especially considering the lack of insurance coverage and the lack of administration for these sorts of vehicles.

Now, it looks like the man is back. Muhamad Syahidan took to his Facebook page to showcase the same man, with the same yellow jacket, on the same motorised unicycle once again riding down a highway towards Cheras.

He wrote, “Live before my own eyes. Like this also can. This is dangerous, it’s a highway, not a housing area. Please don’t do this, if you get hit by a car then it would become a problem for yourself and others.”

And other Malaysians share his sentiment that the unicycle doesn’t belong on the road.

This comment goes, “He just wants to show off the device.”

This comment reads, “Just hit him, it’s not wrong.” 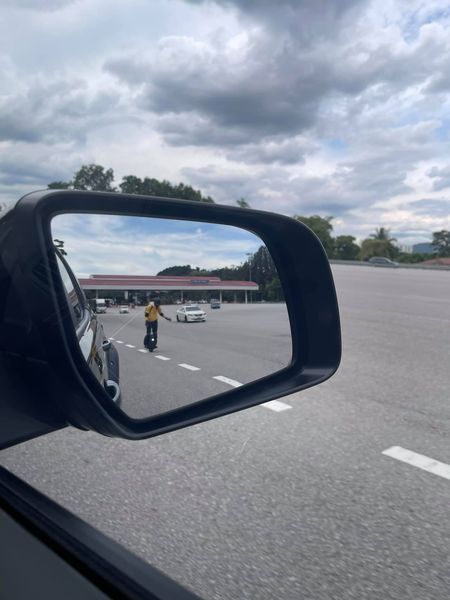 While the lack of insurance coverage and administration for these sorts of vehicles has clearly not slowed the man down from utilising it in his commutes, Dr Wee did previously mention that they would work towards fixing it (but there hasn’t been news about that since).

“After the Road Transport Bill (amendment) 2020 is passed and becomes law later, the Ministry of Transport Malaysia (MOT) will regulate these types of vehicle use such as mandating registration and having a driving license include if appropriate, prohibiting the use of these vehicle types rather than them on the road,”

“Later, after being gazetted and becoming law, the MOT will classify the types of vehicles under the category of micromobility. Whichever should be licensed and registered will be required to do so. Whichever type that, in terms of safety, is unsuitable for use on the road will be prevented from being used on the basis of safety and the interests of other road users,” he had previously shared. 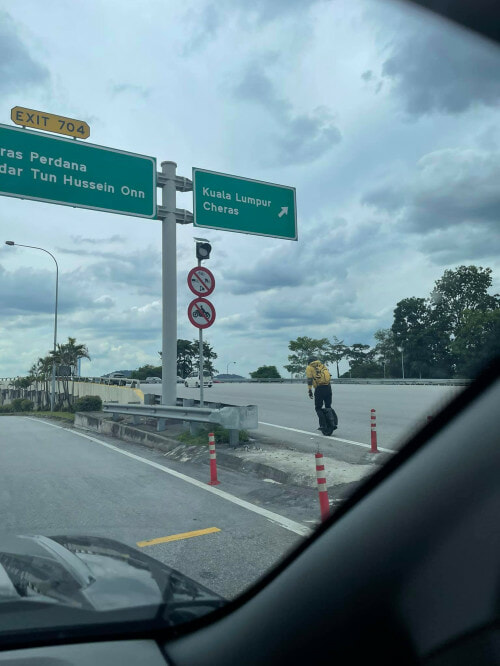 Despite the dangers it may pose on the roads, with the right rules and regulations for these micromobility vehicles, you can’t deny the benefits.

These sort of vehicles can solve traffic congestion problems, is energy-saving and environmentally protective as it can effectively alleviate the resource consumption and air pollution.

So what do you think about this? Is it about time the authorities look into legalising and regulating micromobility vehicles on our roads?

Also read: Study Shows That Luxury Car Drivers Are More Prone To Being Horrible People On The Road 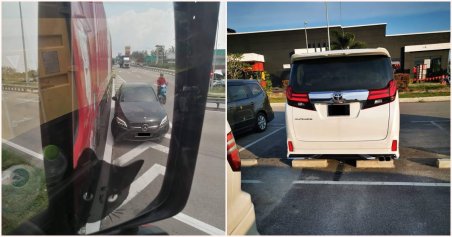