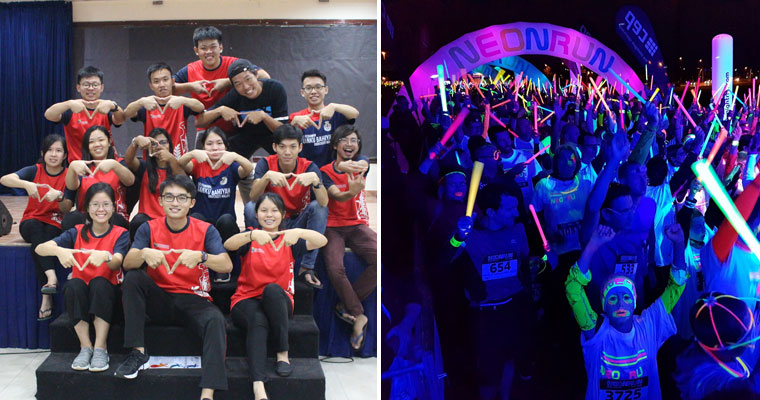 Most of us would have heard of the Neon Run at least once. Whether you’ve taken part in it is another story altogether lah.

Well, for this year’s Neon Run, it’s going to be extra special because the entire event is being planned by uni students who are between the ages of 18 and 25 years old only! Yes, they’re all just students (hailing from University of Malaya) and we managed to catch them for a quick interview. Here’s what we learnt from this inspiring team:

While it was, of course, a group effort in making sure this event is a success, Neon Run actually happens to be the brainchild of Goh Jin Yu who is only 21 years old. Goh said that the reason they wanted to hold this event was so that they could “bring the best and most unique running experience to runners everywhere”.

“We initially thought of an obstacle-course type of run but because of our campus’ space and facilities, it didn’t seem possible. That’s when we decided on holding the Neon Run instead!”

2. Working alongside people of the same age wasn’t always easy

While we at WORLD OF BUZZ are strong believers that young people can do anything and everything, it isn’t always easy working alongside peers of the same age. Chan Yong Soon, 21, who is the Vice President shares that an all-student team is generally “dedicated and active“. What’s more, working with people of the same age allows them to “communicate easily and come up with many creative ideas“.

However, due to their age and current responsibilities including exams, assignments and so forth, the team does “lack experience and often find themselves losing focus rather easily”. Additionally, their “inconsistent schedules make it difficult to meet up on a regular basis” too.

3. There were even times when the Neon Run was almost called off

Like most event planning gigs, not everything goes according to plan. In fact, it’s often the opposite. For the Neon Run team, hitting their KPI for the number of participants has always been one of the toughest things to achieve. In fact, there have been moments where their “expectations were not met and the organising process became too tedious”. Moments like these have almost caused the entire event to be called off.

4. There were countless other hurdles they needed to overcome 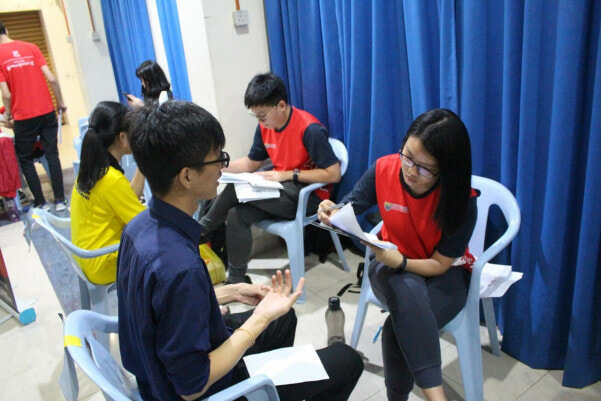 Besides low participation (which they overcame through creative methods like producing creative and eye-catching visuals and posting them on social media), they also struggled with low funding.

“Because we didn’t have much of a budget, we had to be even more creative when it came to reducing cost while trying to maintain the quality of it all. We also had to work very hard to find sponsors.”

In addition to finances, bonding with one another was another issue even though the entire team is made up of students who are about the same age. According to Chan, “in order to ensure everyone clicked, we organised fun, team-building activities to take a break from departmental work and to just get to know one another better.”

5. The team has been ridiculed and looked down upon by adults many times before

What’s even worse about being in an all-student team working on such a huge event is that the adults often “ridiculed and looked down on them”. It can also be difficult getting approvals from the adults in higher positions when you’re just a 20-something-year-old because most adults won’t take you seriously.

“BUT, in spite of this, we’re still determined to do our best and prove to them that we can achieve anything if we put our minds to it”.

6. Despite the many obstacles, the team expects over 3,000 participants to take part in the Neon Run

For the past four years, before the existence of Neon Run in University of Malaya, was the Larian Spektra, aka Colour Run which saw over 1,800 participants in 2018 alone.

This year, on the other hand, the team sought to do something different. “We wanted to try a new concept and hold a night run instead of the usual daytime marathons. That’s how we decided on the Neon Run.”

With the incorporation of the neon element and exciting zones, participants can look forward to an experience like never before. What’s more, the team aims to one day get worldwide recognition and continue spreading positive vibes throughout Malaysia.

7. This year, Neon Run will be bringing awareness to breast cancer as well

Organised alongside the University of Malaya Medical Centre, this year’s Neon Run doesn’t just aim to give runners an experience of a lifetime, but it will also be giving back to society as a portion of all proceeds will be going to the Breast Cancer Resource Centre. The team hopes that by doing this, they can bring even more awareness to this disease too. 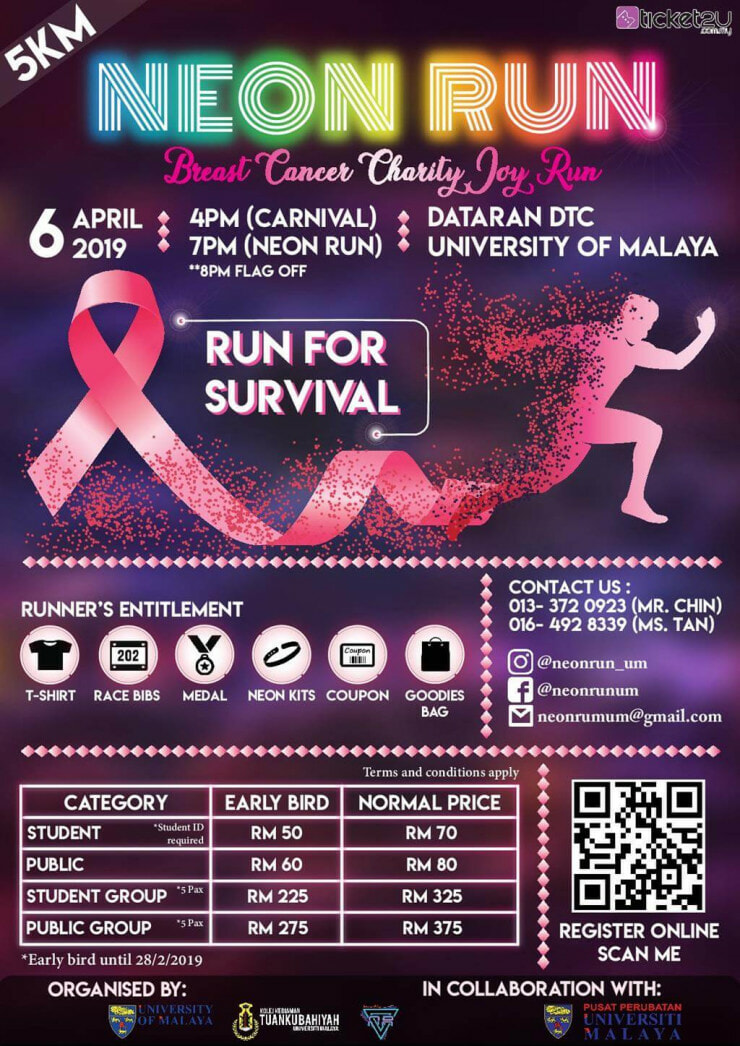 So if you’re looking for a good way to keep fit while supporting a good cause, do consider this run. Deets below:

For more info on group and student prices or to register, check out JomRun for the best rates and no admin charges!

Not only will you be giving a helping hand to the Breast Cancer Resource Centre, but you can rest assured that this year’s Neon Run will be as exciting, if not even better with the four exciting zones. So, grab your running shoes and sign up soon. Maybe consider making a mammogram appointment while you’re at it too!