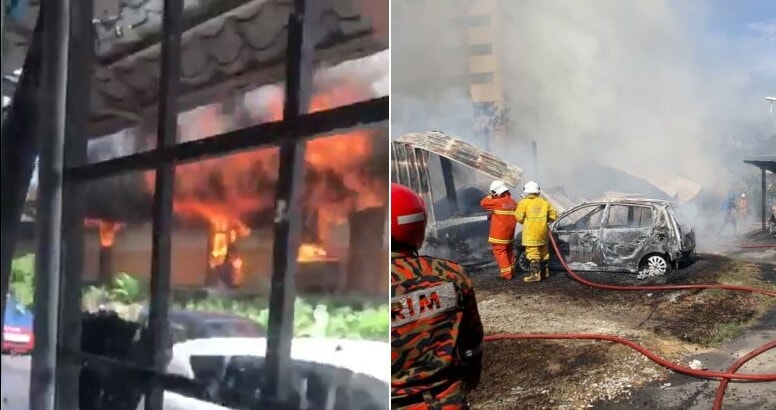 The Star reported that at least 30 KTM Bhd employees and their family members were left homeless because their houses have been burnt down due to a massive fire.

According to Pantai fire chief Hamid Daud, the fire department was notified about the incident in Bangsar somewhere around 10.30am today (Monday, 28 January 2019).

“We dispatched five fire engines and 60 personnel from the Pantai, Hang Tuah, Taman Tun Dr Ismail, Sentul and Seputeh Fire Stations to the scene. They arrived at Kuarters KTMB Jalan Lengkok Abdullah, Bangsar, 13 minutes later and began to put out the flames.”

You can take a look at the raging fire in a video shared by a netizen below:

Besides the quarters that were burnt down, 11 cars and six motorcycles were also victims of the fire. He revealed that they managed to put out the flames at around 12.20pm today. Chief Hamid continued,

“We managed to put out the flames at 12.20pm and our men are now evaluating the scene, including floors five, six and eight of the Sri Pahang flats near the longhouse which caught fire.”

As of now, Chief Hamid said that there are no injuries and no lives were lost but the case is still under investigation as the cause of the fire is still unknown. 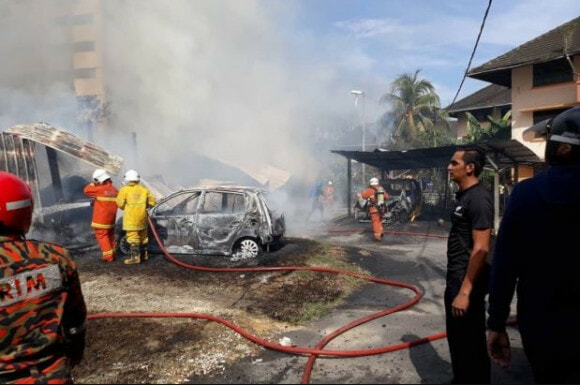 Well, it’s fortunate that the fire department managed to reach the place on time and luckily, no one was badly hurt by the incident. We hope the authorities will look further into the matter and discover the cause of the fire. 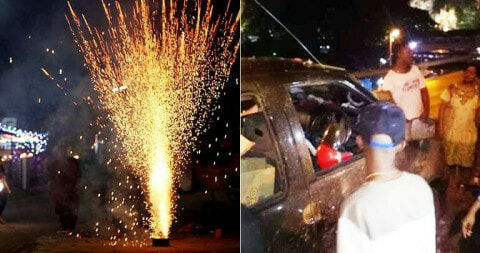