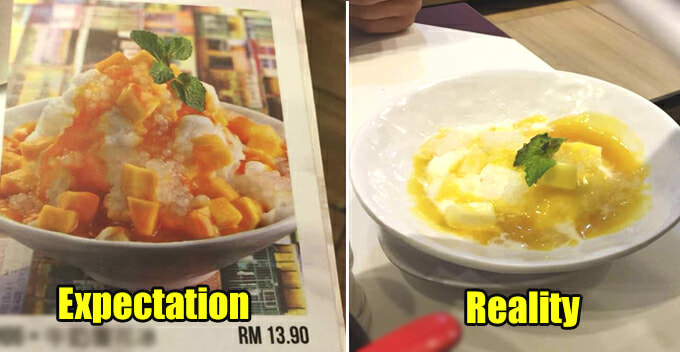 When dining out, we’re pretty skeptical when it comes to photos on the menu (and hence rarely trust them) because let’s face it, we’ve been let down way too many times when the actual food is served. This case however, is definitely a bit too much!

Just yesterday (30 April), a netizen surnamed Wong took to Facebook after he felt deceived when the dessert he ordered was served, because the actual food looked nothing like in the picture!

Here’s the translation of what he wrote.

“I had ordered ‘milk snow ice with mango and sago’ and when it was served, it was less than half of what was shown in the picture. The waiter explained that there will be some differences between the picture and the real product.”

“I then asked if I can cancel the dessert because I felt like I was cheated. The waiter then spoke to two people, who looked like the managers of the place. After five minutes, I was still waiting for my answer.”

When Wong started making noise, only then did one of the managers attend to his concern. Interestingly, Wong was told that the centre of the ‘snow ice’ is hollow, therefore when the ice melts, it will collapse, thus it will eventually look very different from the picture. Hmm, are you convinced by this explanation? 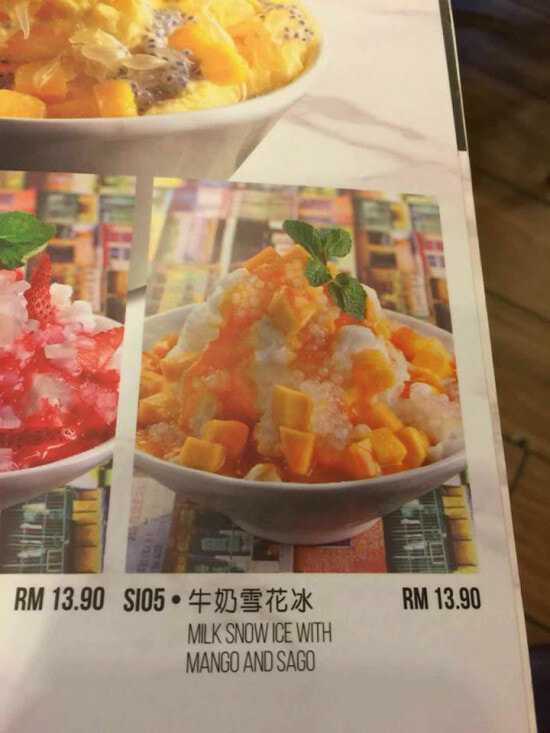 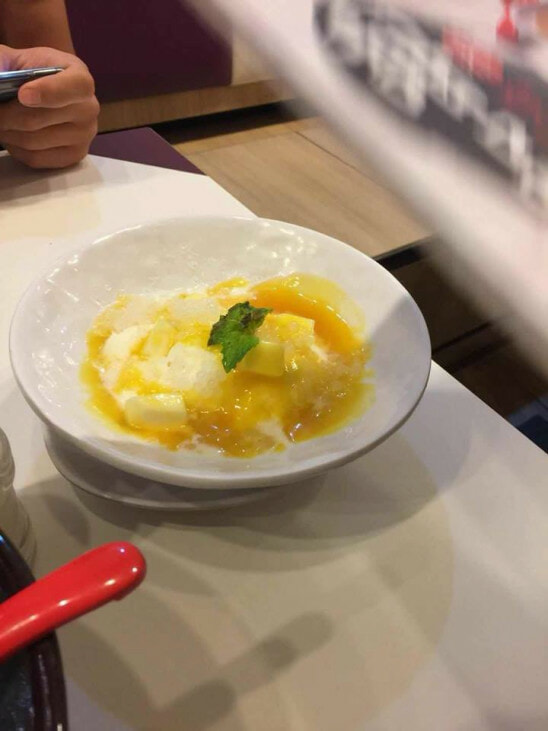 To solve the problem, the manager offered Wong another extra bowl of the dessert, but he declined because he wanted to cancel the order, instead of having two bowls of the same dessert.

This post received quite some attention online, with many netizens coming forward with their own similar experience.

“Why can’t the restaurant give a little more ice? How costly can those ice be?” a netizen said.

“I’ve been to this restaurant before, and it’s true that the food in pictures and real life don’t match!” another Facebook user said.

This restaurant is located in IOI City Mall. You can refer here for the original post with more pictures.

Also read: Furious Man Rages at McD Staff After They Asked Him to Pay for RM3 Ice Cream 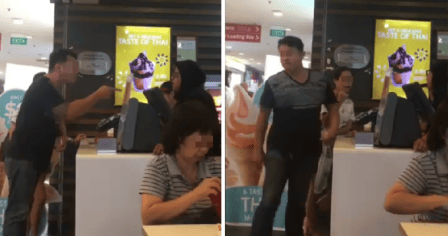