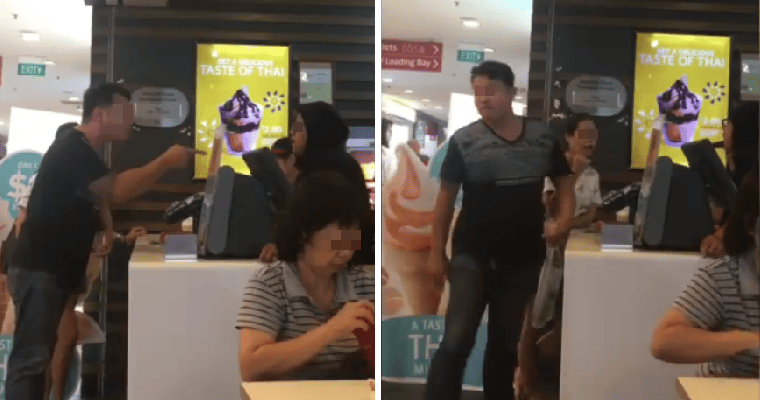 McDonald’s ice creams are delicious and perfect for a hot day but to get mad because of some chilled dessert is a little over the top. A video went viral on March 15 showing a raging man scolding some McDonald’s staff at the Dessert Kiosk in Hougang Mall. 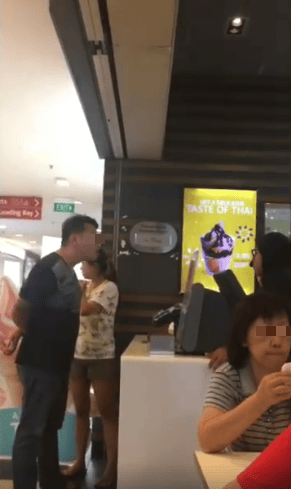 The incident reportedly happened at around 3pm to 4pm as the man, who was dressed in a black shirt was seen shouting loudly at the employees at the cashier. According to Stomp, the man flew into a rage after one of the employees allegedly asked him for money before he had finished ordering his dessert, the S$1 (RM2.97) ice cream cone.

The employees can be heard trying to calm the man down even as he screamed at them and at one point, even hurled vulgarities at them. Take a chill pill, bro! 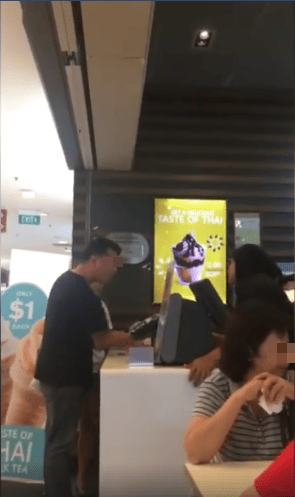 He started by shouting, “What service is this? You tell me! Is McDonald’s service like this?” and continued saying, “You don’t tell me sorry because I’m very angry. What! I haven’t order finish. Money, money, money. What is this?” even though the staff tried to apologise to him.

One of the McDonald’s employees who tried to calm him down said that her colleague was actually talking to another customer and said that it was a miscommunication. The infuriated man didn’t accept the explanation and pointed out that there were no other customers there other than a woman and a little girl who were with him. 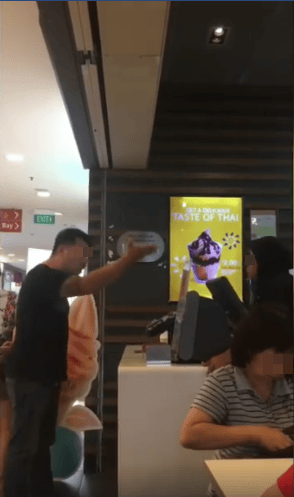 That was when his female companion stepped in and tried to smooth things over by recounting the events to the poor employee. However, the man wasn’t finished and proceeded to continue his tirade. He took out some money and slammed them on the counter saying, “What? My face, I got no money to pay for this ice cream? Money? I got no money to pay the ice cream? F***!” 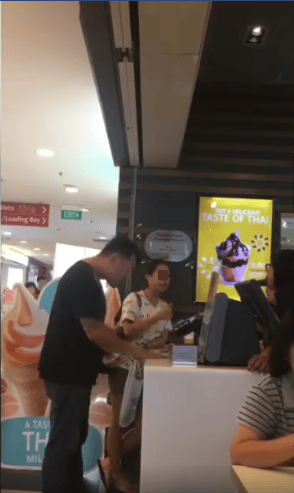 The employee tried to pacify the man again by saying that it was entirely a misunderstanding and said that the restaurant manager would call him later. He replied, “Misunderstanding? Or you all see that I got no money to pay (for) the f***ing ice cream?”

It was reported that after a while, another McDonald’s employee handed them three ice cream cones while the first employee explained that the colleague who offended him was on her first day. Finally, they walked off with their ice cream. 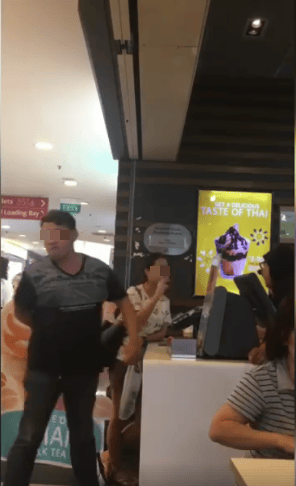 Many netizens who saw the video condemned the man for overreacting over a small issue and said that his behaviour was embarrassing especially in front of his companions, who looked like his wife and daughter. They pitied the McDonald’s employees and said that they didn’t earn enough to be treated to such verbal abuse.

Nothing can be solved by acting that way, so why not just discuss it like a decent human being?

Also read: Malaysian Who Tried To Return RM20 Got Scolded By Girl’s BF, Buys Himself KFC Instead 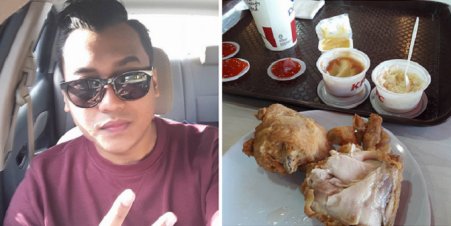