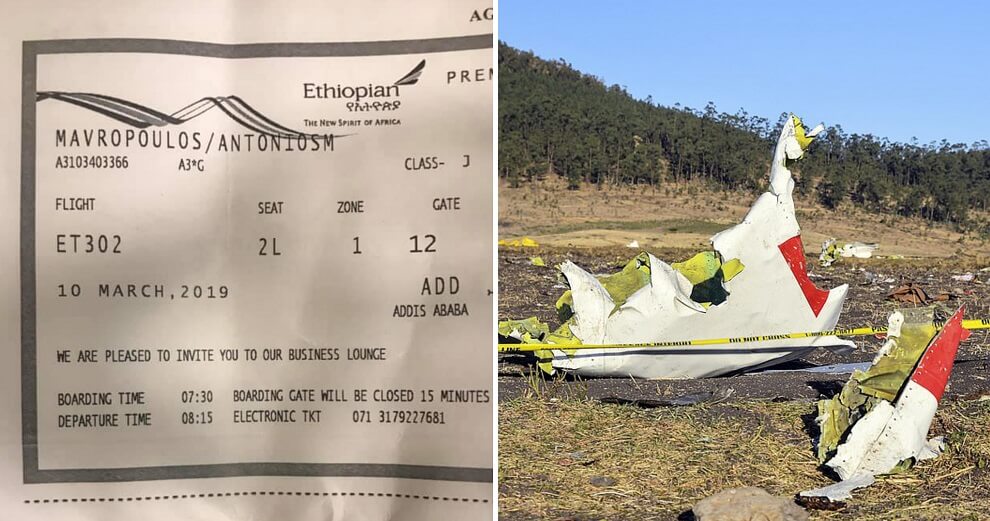 Just yesterday (10th March), the world was shocked after an Ethiopian Airlines flight bound for Nairobi, Kenya fatally crashed just minutes after taking off. All 157 people on board the flight were tragically killed during the crash.

According to BBC News, Ethiopian Airlines flight ET302 had taken off from Ethiopia’s capital, Addis Ababa at 8.38am local time and lost contact with the control tower 6 minutes later at 8.44am. It was soon discovered that the plane had crashed. 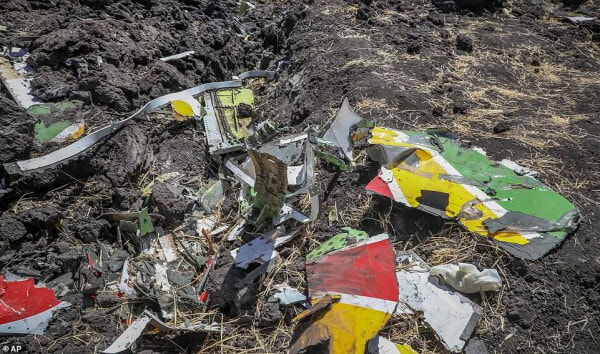 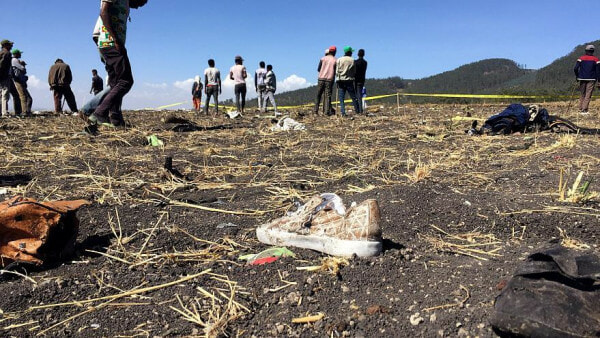 While anguished relatives mourned the untimely loss of their loved ones, one Greek man named Antonis Mavropoulos revealed on social media that he nearly boarded the flight had he not been two minutes late. Antonis ended up booking a later flight but was prevented by airport staff from boarding it. 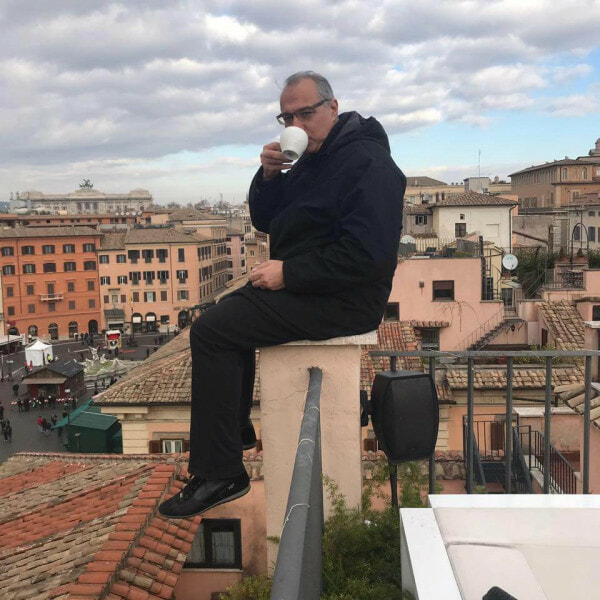 “I was running to catch my flight — flight ET302 Addis Ababa to Nairobi — which crashed 6 minutes after taking off. I was worried that I would miss it because no one was helping me board my flight on time. When I arrived just two minutes after boarding time ended, the gates were already closed and I watched the last few passengers on the bridge board the plane.”

“I yelled for them to let me board but the staff didn’t allow it. In fact, the flight decided to leave without me because I didn’t check in any luggage. If I did, then they would have waited for another 10 to 15 minutes.”

“The kind people at the airport, however, helped me get the next flight that would leave at 11.20am. They apologised for the inconvenience and transferred me to a nice lounge where I could wait for my flight.” 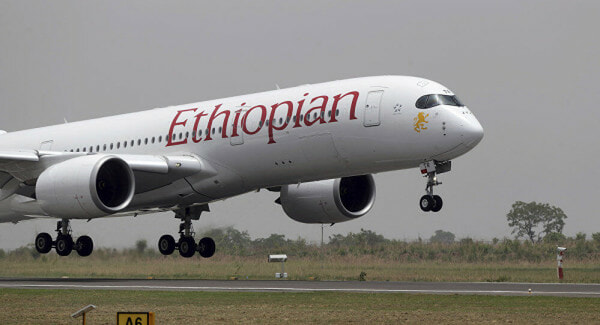 “As I was about to board the next flight at 10.50am, two security officers informed me that I was not allowed to board the plane and that a senior officer would explain the reason why. Despite my protests, the officers left me no choice and brought me to their superior at the airport’s police station.”

“The senior officer then told me not to protest but to thank God because I was the only passenger that didn’t board flight ET302 that went missing.”

“They said they couldn’t let me go before cross-checking my identity, the reason I hadn’t boarded the plane, etc.”

“Really, it’s the first time I’m so glad to write a post. I’m grateful to be alive and that I have so many friends that made me feel their love.”

While no specific cause has been identified yet, it was discovered that the pilot had reported difficulties and asked to return to Addis Ababa.

According to Sweden-based air traffic monitor Flightradar24, the flight’s vertical speed was unstable shortly after take-off. An eyewitness also told BBC News that the plane was reportedly on fire as the plane hit the ground.

Additional data from Flightradar24 ADS-B network show that vertical speed was unstable after take off.

It was also revealed that the doomed plane was a Boeing 737 Max 8, the same model of the Lion Air flight that crashed in the Java Sea in October 2018, killing all 189 people on board.

This has understandably raised questions about the safety of this new Boeing model, while it is still too early to tell if there is any direct connection between these two fatal crashes. Meanwhile, Boeing has reportedly sent a technical team to aid with the investigation process.

“We received the airplane on November 15, 2018. It has flown more than 1,200 hours. It had flown from Johannesburg (South Africa) earlier this morning.”

Let’s hope that investigations are carried out thoroughly to ensure such a tragedy does not repeat itself. Our condolences go out to the victims’ family and loved ones and hope that they can find the strength to endure this difficult time.

Also read: Man Survives Lion Air Tragedy Because He was 10 Minutes Late to the Airport 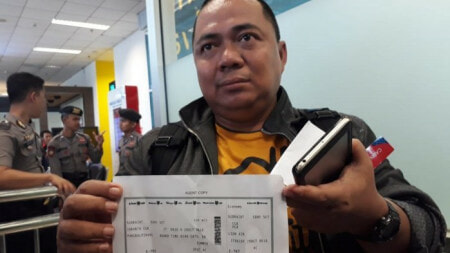