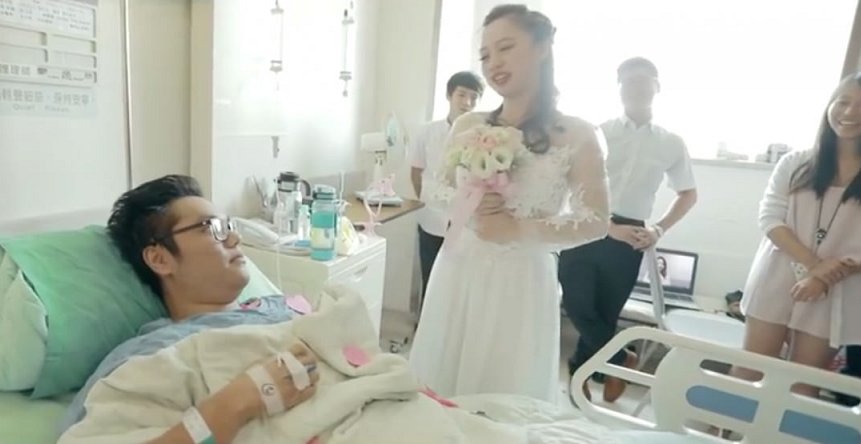 They say you will be able to see who really loves you when you land in bad times and this Taiwanese girl certainly proved her love to her boyfriend!

According to Nextshark, a young woman from New Taipei City, Taiwan decided to take the plunge and propose to her boyfriend even after he had dumped her. The loving couple, who was supposed to get married in 2018 had been together for four years but tragically, the man met with a terrible car accident recently.

Doctors told him that he had to undergo amputation as part of his treatment and the brave young man decided to do this noble act as he did not want to burden his girlfriend. He broke up with her to free her from the responsibility of taking care of a disabled person. That’s so sad!

However, she did not take it seriously and made the decision to propose to him. She had it all planned out and on the big day itself, she dressed in a beautiful wedding gown holding a bunch of flowers as friends and family went along with her to the hospital.

In the video shown to her boyfriend, she tells the camera that she was devastated when her boyfriend broke up with her, but she was sure she wanted to spend her life with him. After watching the video, her boyfriend is moved to tears and she walks in, telling him, “You have taken care of me for these four years and I am really grateful for that. Now it is my turn to do so. If you will take me as your wife, then accept these flowers.”

He silently nods and pulls her down to kiss her while saying, “I will do everything I can to get better, and keep hold of your hand for the rest of my life.” That’s true love right there!

We wish the man a speedy recovery and a happy marriage! 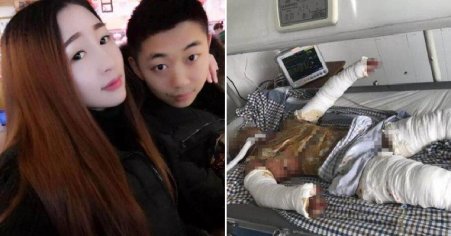