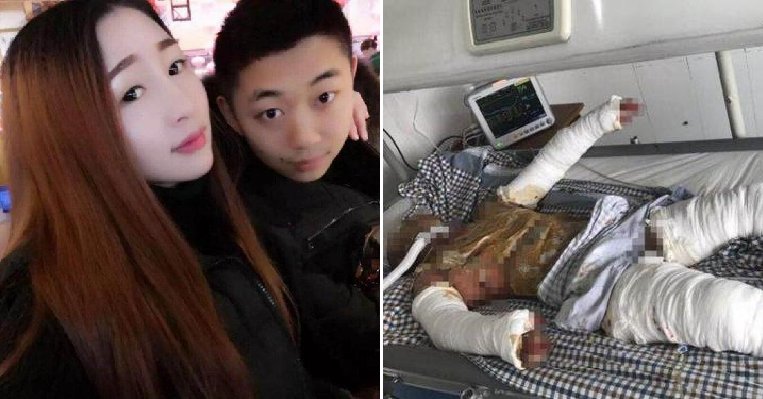 This devoted couple in Hubei, China shows us what true love really means, and their story is truly heartwarming!

According to Sina, a young couple, Xiao Xia and Xiao Geng were supposed to return to their hometown by the end of this year. Unfortunately, Xiao Geng was involved in a terrible accident half a month ago that caused him to sustain 90 per cent of burns on his body. That’s terribly sad! After 12 days of treatment, Xiao Geng finally woke up and is currently in the intensive care unit. 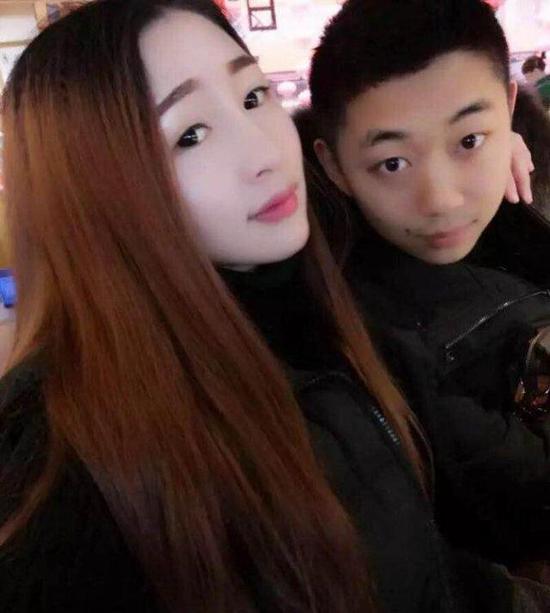 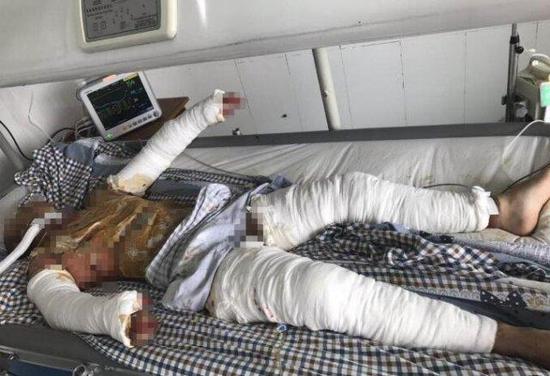 Although his condition is stable, the doctor told 22-year-old Xiao Xia that even if he recovered, Xiao Geng would be permanently disfigured and suffer from various disabilities. Due to his extensive injuries, doctors say they estimate his medical bills to be about 1 million yuan (RM635,355). That’s a huge amount of money!

A few well-meaning parties who knew of the couple’s situation advised Xiao Xia to leave him and said, “You still have a long way to go in your life, don’t let him be a burden to you.” 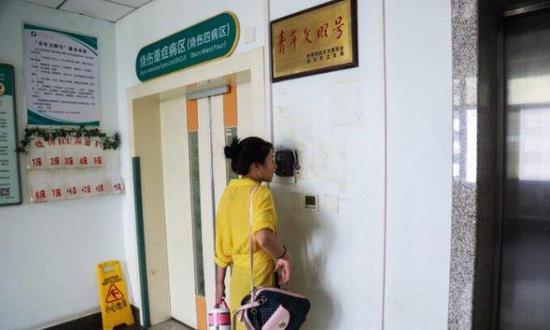 However, the brave girl didn’t abandon her lover in his time of need and steadfastly stood by his side. She even said, “When he wakes up I will ask him to marry me! Last time, he was the one who would take care of me, now it’s my turn to do so.” Aww, that’s so sweet!

Apparently, the lovebirds have known each other since they were 15 years old. Xiao Geng had fallen in love with the sweet-looking Xiao Xia and had courted her for years before she finally accepted him when they were 20 years old. After that, both of them went to Guangdong to work for two years and had planned to get married when they headed home this year end.

Xiao Xia said that although they did not earn much money, both of them were very happy together until fate played a cruel joke on them; and 12 days after his accident, she couldn’t sleep well because she was afraid that he would die. In fact, she said, “I would wait at the intensive care unit every night so that if he woke up, I could be there by his side immediately.”

Finally, Xiao Geng’s father rented a room for her opposite the hospital so that she could be near her injured lover. When the owner heard of her tragic story, he was moved by their love and only charged them half price for the room. Not only that, he also allowed Xiao Xia to use the kitchen for free as she wanted to cook meals for Xiao Geng. 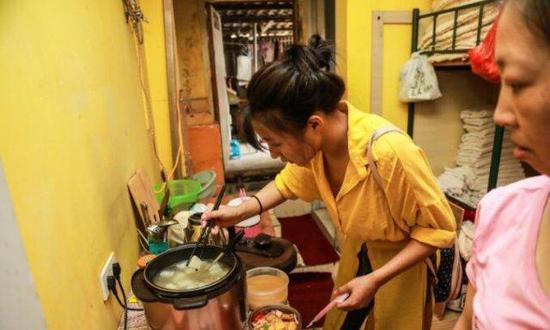 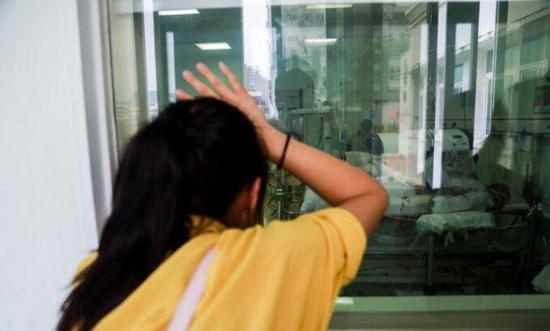 For Xiao Xia, she said that cooking is a whole new experience for her as previously all the housework was done by Xiao Geng as he really doted on her. Every day at 3pm, the faithful girlfriend would be the happiest as she could catch a glimpse of her boyfriend from the window of his ward.

The reason for her deep love? She said, “I love him so much because I know that there is no one else in this world who would treat me as good as he does. I will never abandon him.”

Faith in true love restored! Get well soon Xiao Geng and we wish them all the best!

Also read: Girl Sold Noodles To Care for Poor Family, Marries Boy Only To Realize He Is Actually..