Going out for a drink or two with your friends can be fun and relaxing but if you are with people you aren’t that familiar with, it’s best to think twice before saying anything that might trigger them! A 27-year-old Malaysian man was recently beaten up severely just because of one sentence he said that somehow provoked the other party until they flew into a rage. 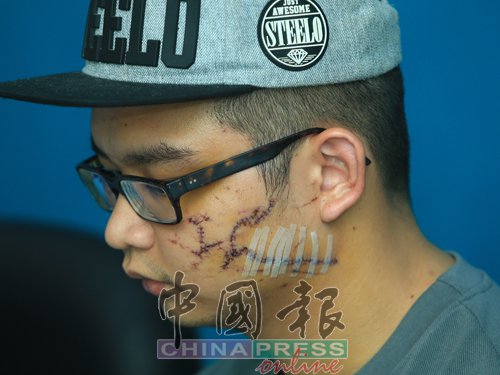 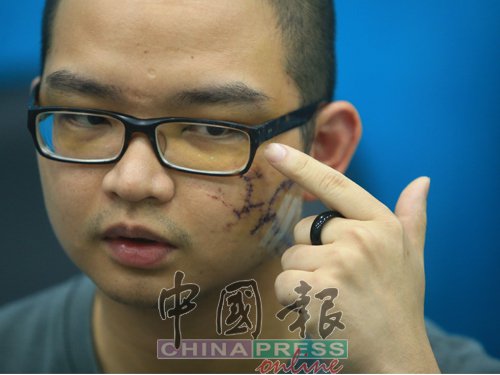 Based on a report from China Press, the man, identified as Huang Jia Jun said that he had gone to a bar in Kepong with a few friends on December 14 to celebrate his friend’s birthday. They were at the bar around 9pm and after some time, his friend said that they wanted to introduce some new people to him who were at the same place.

He agreed and headed over to the other group’s table with a glass of alcohol in his hand as he wanted to toast with them. When he reached there, the other party declined his toast and said that they had drunk a little too much and needed a break. Upon hearing this, Huang said that he advised them, “If you can’t drink, then go home earlier and rest.” 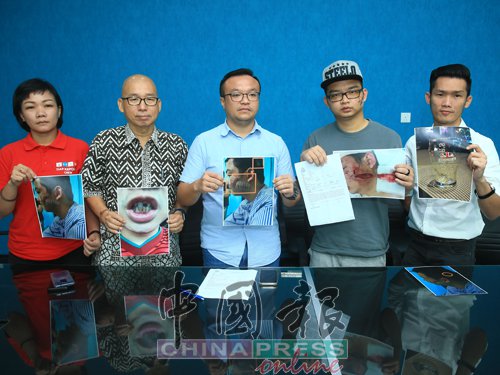 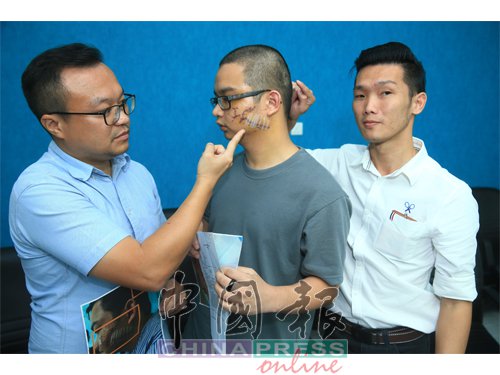 However, he said that this friendly piece of advice was misunderstood as an insult and made the other party angry. As Huang turned to leave the table, he accidentally knocked over one of the glasses, which was mistaken as an act of provocation and the other guy got angry.

Suddenly, one of them grabbed a glass and smashed it against his face. That’s quite a big overreaction! He pushed Huang to the ground while another two friends helped to beat him up. Huang said that he was physically restrained by someone while the others beat him up mercilessly. He could not do anything but try to block as much of the punches as he could. 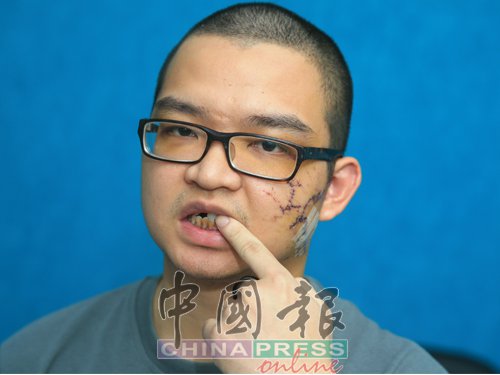 He said the violent beating continued until someone saw him and notified his friend who helped to stop his attackers. Huang was sent to the hospital straight away as he was bleeding profusely and suffered extensive injuries. Apparently, the beating lasted about two minutes but because of this, he had to receive over 100 stitches and if they had hit higher, he would have become blind in one eye.

In addition, he had several wounds on his face that needed stitching as well while one of his front teeth was broken. Huang said it was the first time he had seen his attackers and only know that one of them lives in Gombak. The bar manager also visited him after the incident to apologise and said that the security in the bar would be improved. 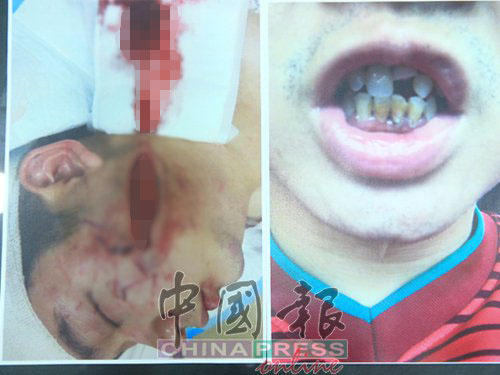 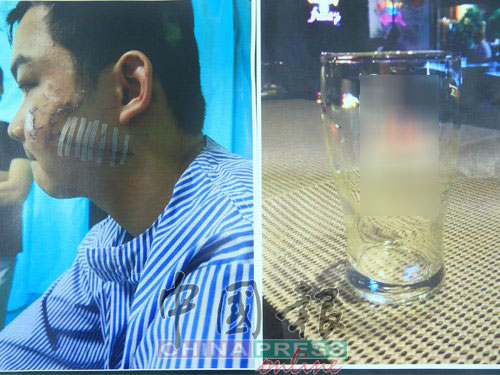 Huang added that he frequented bars to chill but this was the first time that he had been involved in a fight so he wanted to seek justice. It was reported that the family of one of the attackers had contacted him hoping for a reconciliation but Huang refused and said that the guy should be held responsible for his actions. A police report has been made and one of the culprits has been arrested as well.

Those are certainly some serious injuries! Hope he gets well soon! 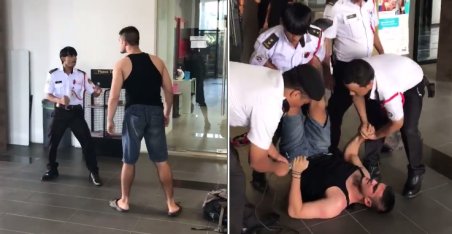