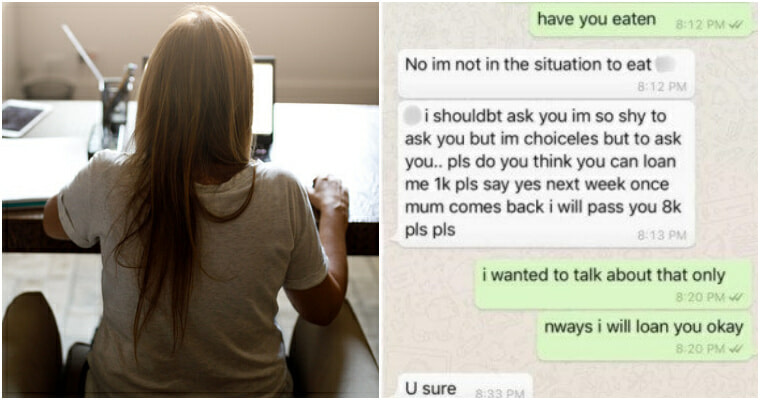 Disclaimer: This story was written and shared to WORLD OF BUZZ by the victim herself to create awareness. Names* have been changed for privacy reasons.

We always hear stories of scams, catfishing (pretending to be someone else on social media) and stolen identities. You’re probably aware and cautious but until it actually happens to you or someone close to you, you probably would be quite sceptical and too trusting. This is exactly how Vania* was until one day, Yana*, her best friend of 11 years stole her identity and her view of the world came crashing along with all the trust she had. This is her story;

On 30th August 2018, I was just finishing up work in the office and getting ready to leave at around 4.30pm when I received a phone call from an unknown number. The person on the other line was a guy named Tim* who after a brief introduction, I remembered he was a friend of Yana’s boyfriend. I had met him a couple of times at most in the past few years. Once I recognised him, he immediately asked me two very weird questions;

“Is this the only phone number you own?” and “Is your mother currently in the hospital?”

Well, you can imagine my shock and surprise to receive such questions from someone I barely knew. I said yes to the former and absolutely not to the latter.

He then proceeded to tell me that he had been in a ‘relationship’ via WhatsApp for almost 2 years with someone called Vania and from the description to all the exchanges, it was basically me.

However, he had always been trying to meet up with this person but to no avail. Since Yana and I were best friends, he even checked with her to see if this person was legit. Yana convinced him that it was indeed me and that I liked him very much.

At this point, I was just so confused and baffled. I told him that I’ll call him back immediately after I speak to Yana. I then called Yana to understand what was going on. The minute I brought up Tim’s name, I sensed the panic in her voice. Few seconds later she went into a frenzy mode and begged me not to speak to him until she calls me back. She called me back a few minutes later and explained to me that she and another friend found out that Tim had liked me from the first time he met me a few years ago and that she knew I would never pay attention to him. She didn’t want him to feel bad so they ‘pretended’ to be me and started texting him so that ‘he wouldn’t feel bad’. She swore that she was going to break it off with him and let him down gently. At this point, I was already appalled and couldn’t believe what I was hearing. I told her I never ever wanted to hear from her again and hung up. I called Tim back and he told me the rest of the story.

The rest of the story… It just gets worse

Turns out that ‘Vania’ was very loving towards him but every time he brought up a meeting, she would have a range of excuses. Some of it included extensive lies that involved my family. But the worse was yet to come. As the lies grew, ‘Vania’ went on a different tangent. She started asking for money. It all started with her apparently being blacklisted for some tax issues and she had no money to pay. Apparently, if my parents knew, my dad would take me away to a different country and not let me come back here as he was cruel and often tortured me, according to ‘Vania’. So she didn’t know what to do and asked if he could help. Tim had helped her by transferring some money. But when he asked for her account number, she said it was best if he transferred to Yana’s account because her account was frozen. And that is how it began. Soon Tim was sending money for Vania’s medical bills among other things over a period of almost 2 years.

Every time Tim brought up meeting Vania, there was always a ready excuse followed by plenty of apologies and then romantically reassuring messages. When Tim started suspecting, he asked Yana and she always assured him that Vania loved him very much but she just couldn’t see him at the time because she was away or she was in the hospital or she was sick or she just was having a bad time. For me, the worst of all the lies was the one about my mother. Apparently my mother had met with an accident and she was in a come fighting for her life. This broke me because my parents, especially my mother had always thought of Yana as her daughter. 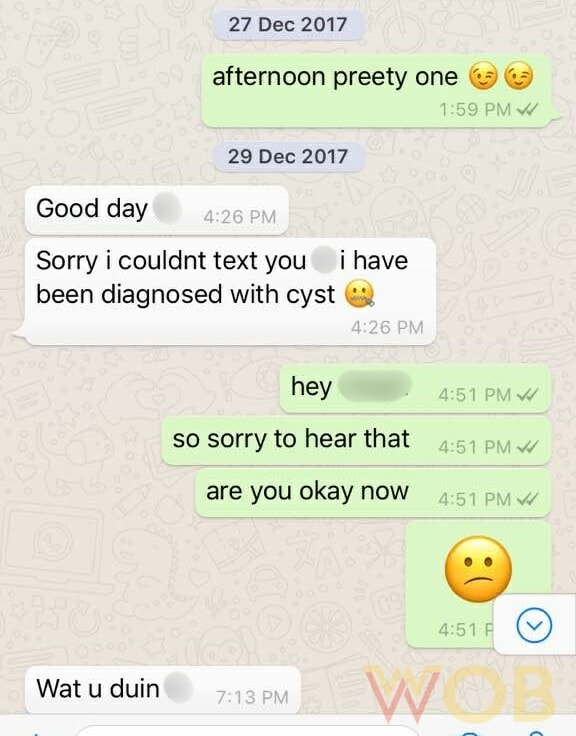 A few days after this lie surfaced, Tim’s father had passed away. He was devastated and really upset because he thought Vania would be there for him and at least attend the funeral. Yana had attended the funeral and he asked her where Vania was but she told him that I was with my mother who was apparently fighting for her life in the hospital. A couple of days later, Tim had seen photos of me on Facebook at a relative’s wedding (Note: Tim had tried to reach out to me on Facebook before but I had not paid attention to his messages). He was surprised at how I was happy and all smiles when I was supposedly heartbroken about my mother. He immediately called Yana and she came up with some terrible lie saying that “maybe her mother was out of the coma.” 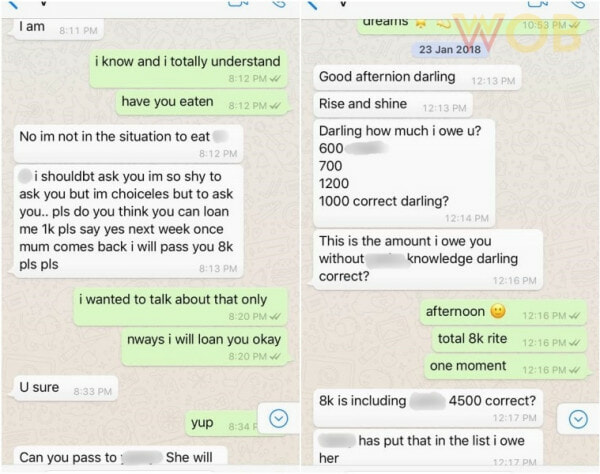 He dug deeper for the truth

That was when he knew he had to dig deeper. He somehow got in touch with some mutual friends and got my actual phone number and reached out to me. He was as shocked as I was when I denied everything.

At that point, he had given ‘Vania’ over RM10,000 and Yana had even borrowed from his cousins and close relatives almost RM100,000 in total.

He had also done some background check on Yana and found out that the company she told all of us that she’s been working for the last few years was actually a lie. The company had no record of such a person working there. I did not know who was my best friend anymore. The person I had shared all my secrets with for the last 11 years. The person who had come into my family and treated them as her own. The person I trusted with everything. Everything was crushed just like that. Never in my life did I think that I would be filing a police report against my best friend. That was one of the most painful processes I’ve ever been through.

Its been almost two years now and I have not been in touch with Yana or Tim. I have moved on with my life but I can no longer trust people around me. It has certainly taken a toll on who I let into my life. Every person I tell this story to usually just gapes in shock. Some have even told me that it sounds like it’s straight out of a movie. I wish it was not real-life but unfortunately, it is. I would like to share this story to create awareness that these things do happen and it shouldn’t be taken lightly. Even people close to you can be dangerous and untrustworthy, so just be mindful.

If you’ve been in a similar situation, do not be afraid to speak up and get support. If you have stories to share, you can email them to us at [email protected].

Also Read: M’sian Applies For Job On Facebook But Gets Blackmailed By Scammer Using Her Personal Info