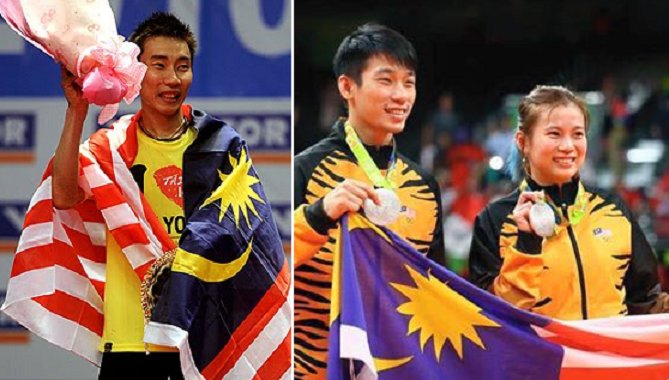 The Oxford dictionary defines captivating as ‘capable of attracting and holding interest’. Our contingent’s valiant performance in the recent Rio Olympics certainly did that.

Today I woke up feeling down as ever. It baffles me how someone who is nowhere near athletic would be so emotionally drained by a sporting event. I do not classify myself as a major sports fan. I am merely just a casual spectator. Despite all that, I was glued to my television screen through out the entire Olympic campaign. I believe that I am not the only one feeling like this.

You have to be Chuck Norris to not be touched by all the positive responses circulating Facebook after Dato’ Lee Chong Wei’s loss last night. Our Youth and Sports Minister, YB Khairy Jamaluddin shared a Malay proverb on his Facebook page, ‘berat mata memandang lagi berat bahu yang memikul’. For those of you who skipped your BM classes in high school, this proverb simply means that no matter how hard it us for us to see someone in pain, it bears no comparison to what that person is actually feeling. To put this context, the heartbreak Malaysians suffered after Chong Wei’s loss is minimal compared to what Chong Wei is feeling right now.

Going back to the title of this article, it is truly ‘captivating’ seeing all Malaysians standing together. People from different races and religions united. I know the word ‘unity’ has been used loosely these days, to a point where it has been misused. But seeing pictures and videos of Malaysians wholeheartedly celebrating together truly exemplifies the very meaning of that word.

The sacrifices that our athletes had to pay were also ‘captivating’. Our Pocket Rocket Man, Azizulhasni Awang shared on his Facebook page that he had limited state government funding. He did not really get the support that he deserved. On his first day of sports school, his former coach told him that a guy with his size can never make it far. He suffered a horrific injury during the Manchester World Cup back in 2011, but that did not stop him. His daughter was sick during the Rio Olympics yet he maintained composure and secured a medal for Malaysia. He even trained during Raya. He spent most of his time away from his family. You could read more about his story (here).

Our badminton mixed doubles superwoman, Goh Liu Ying underwent knee surgery just for the sake of competing in the Olympics. She also shared on her Facebook page that the training sessions were so hard that she could barely finish it. Her inability to grow big muscles like other athletes made her even more injury prone. With that being sad, there is no way one could question the price paid by our athletes.

I have noticed that there has been a decrease in the amount of political related news on my Facebook feed. Usually you will see at least one or two everyday and mostly the news are all negative. But as of late, all you see is thank you messages and beautiful pictures of our athletes embracing each other.

Of course, the absence of gold was disappointing. The fact that we were so dangerously close of clinching that gold medal made it even more devastating. But fellow Malaysians, we must look forward to Tokyo 2020. Not just for badminton, cycling and diving but for other sports as well. We must stay positive. We must believe.

Once again, thank you to our athletes. Thank you for captivating us. Most importantly thank you to all Malaysians for your astounding fighting spirit.

Ps : Goh Liu Ying, if you’re reading this. Your beauty is also ‘captivating’. If you give me chance, I can captivate you as well ;p