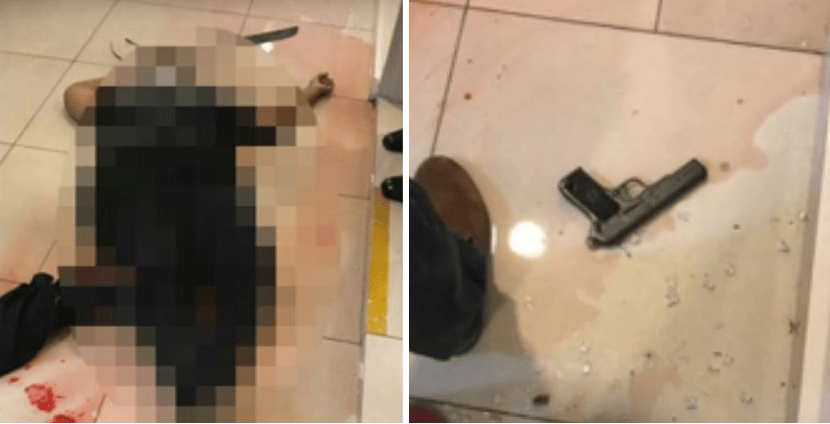 A terrible murder-suicide occurred at the 16th floor of Menara Centara in Jalan Chow Kit yesterday afternoon. At 3.00pm on a Friday afternoon, a man identified only as Ramesh went to look for his ex-wife who was working at a law firm in the building.

The 51-year-old man was carrying a Norinco automatic pistol, a machete and a fire cracker which he concealed inside a racket bag. He showed up at the law firm and asked for his ex-wife at the reception. City CID chief Senior Asst Comm Rusdi Mohd Isa said, “Staff there said they heard the two arguing loudly before several gunshots rang out.” OMG! 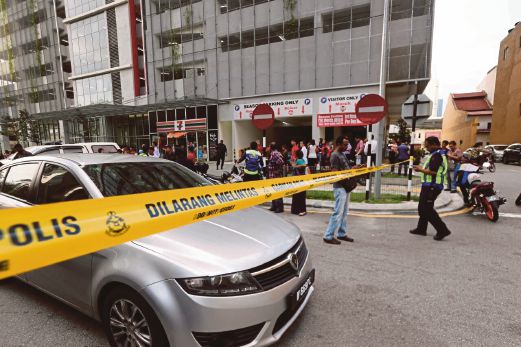 According to the police’s initial investigations, four to five gunshots were fired where two of the rounds hit the ex-wife in the back and another in the leg.

“He then put the gun to his temple and shot himself,” SAC Rusdi said. The couple have actually been divorced for five years and they have three children aged between 16 to 24. 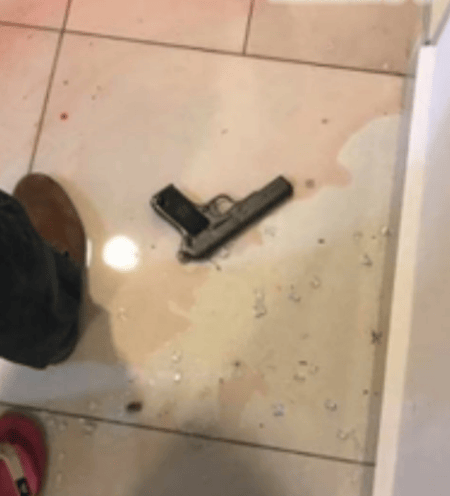 SAC Rusdi commented, “They have had problems since the divorce. She even changed her workplace because of this and she came back to this firm about two years ago.” Ramesh was also found to be a man with a violent past and had a record under Section 324 of the Penal Code for causing hurt with a dangerous weapon.

The police are currently still investigating the motive of the murder as their argument was in Tamil and will be checking the CCTV footage as there were no witnesses around. However, the police stated that the ex-wife had lodged a report before as he was harassing her. 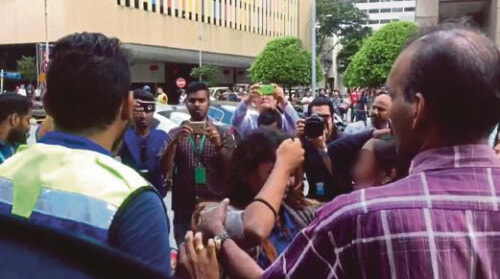 Police were alerted to the scene around 3.00pm and a team was sent to the location. The occupants of the office were vacated from the premise so that investigations could be carried out. Meanwhile, two women were seen to be crying hysterically and demanding to be let in but were denied entry, presumably a friend or relative. One of them fainted after that.

Deepest condolences to the victim’s family.

Gun attacks are shockingly increasing in our own country as we hear more and more news about these terrifying shootings. Just several months ago, a man was injured in a drive-by shooting that left him bloodied.

Read more: Man Soaked in Blood Escapes Death after Being Shot at 6 Times 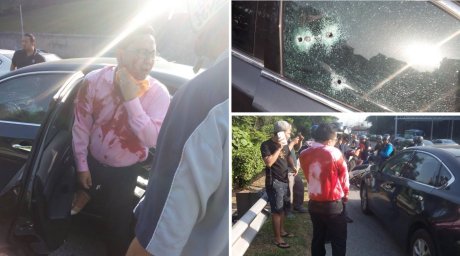