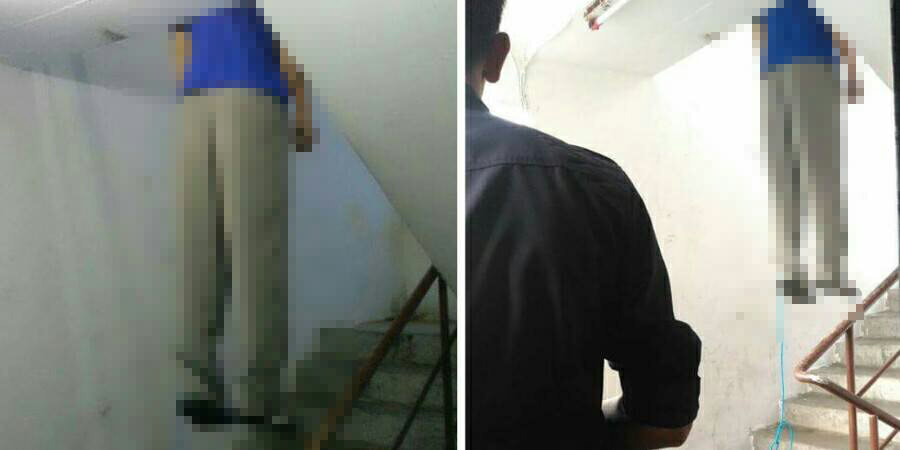 A man from Penang was recently found dead, after someone stumbled across his hanging body in the stairwell.

The man had hung himself from the staircase of a residence Flat Lily located in Bukit Penara Balik Pulau. Gruesome pictures of his suicide went viral on social media after a Facebook page called Penang Kini posted it online. 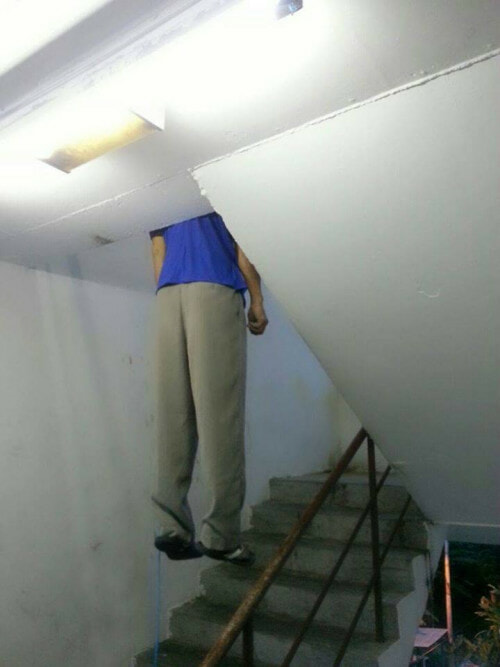 It was mentioned that this man committed suicide due to depression.

Not long after, people who knew this man poured into the comments section. Many people described this uncle to be a nice and kind guy. Apparently, he was also very helpful towards everyone regardless of race. 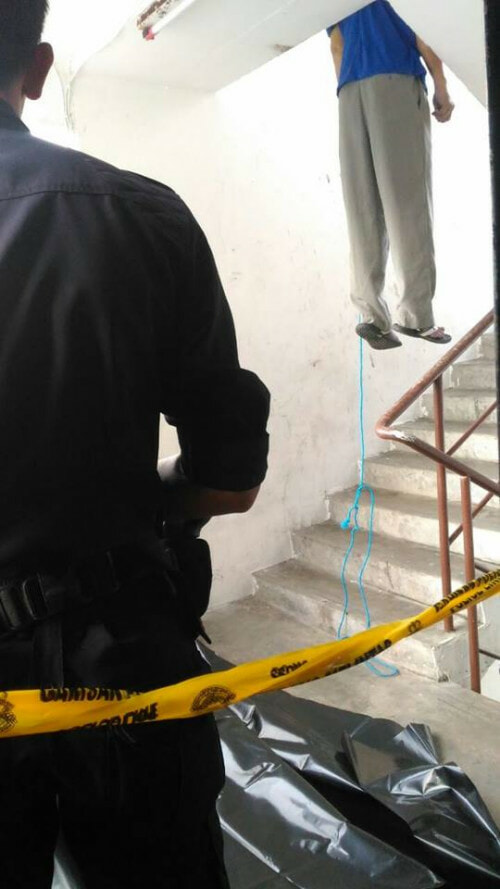 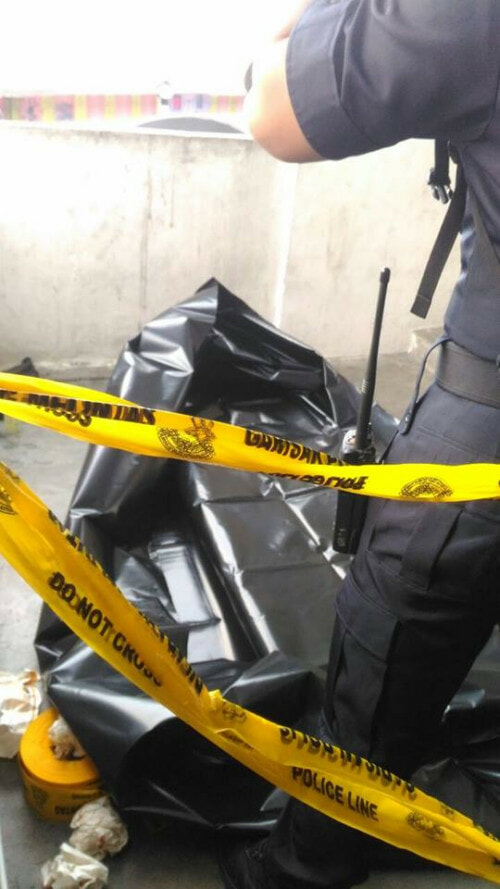 One lady who knew this uncle during her childhood reminisced about the time she was younger. She said,

“He was very kind to everyone and every kid when I was little. We will never forget him. I’m so regretful and sorry we can’t help anything and I was too far away.”

Another Malaysian, Zulkifli also described the man to be of great character and it’s a shame that depression had drove him to suicide.

“He had a good character eventhough he’s of different race (Chinese). People who knew him would know [what a nice person he is]. He always greets people eventhough they come from a different racial background. Maybe he had his own issues that nobody knew about. RIP.”

However, netizens further added that the pitiful uncle’s wife had passed away and it was only him and a child left for quite a while. One netizen also said that the child had a mental illness. I wonder what will happen to the kid now that the uncle has also passed away?

But what’s most alarming is the amount of suicide cases taking place in such a short span of time!

Just a day before this sad uncle’s passing, another man had also hung himself to death off the Taman Tangling Indah flyover at Sungai Bakap, Penang. 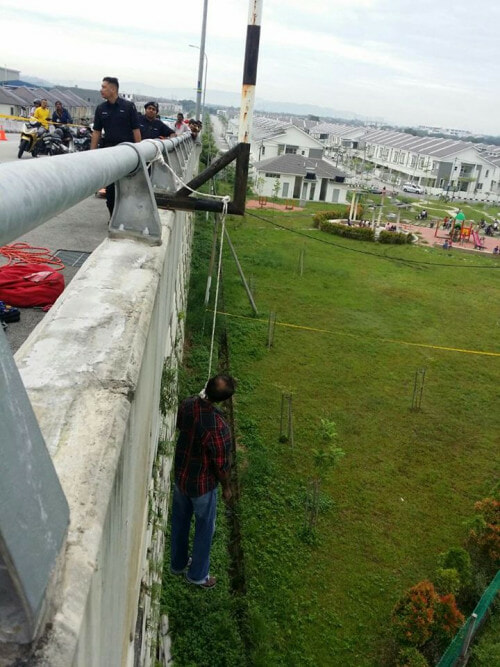 The Rakyat Post reported that the man had hung himself at about 8.35AM. The fire department successfully retrieved the body at 9.45AM, after an hour of continuous work.

It’s heartbreaking how depression could drive someone to end their own life, even to someone who was viewed so positively by the society.

Depression is definitely not something to laugh about or brush off easily, especially when it has claimed countless lives already. If you ever feel suicidal, please seek out for help and call the Befrienders at 03-7956 8144 or 03-7956 8145.

May both men rest in peace.