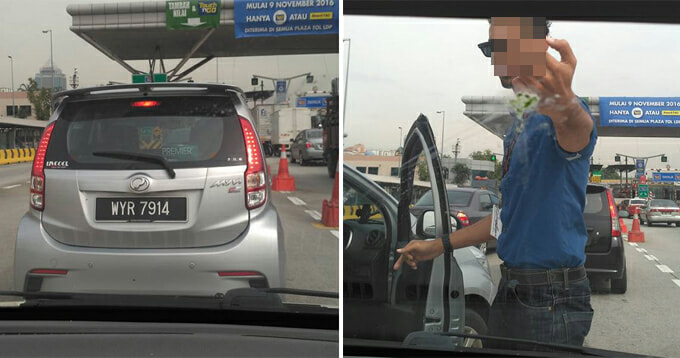 Is it just me or Malaysians are getting more impatient than ever? 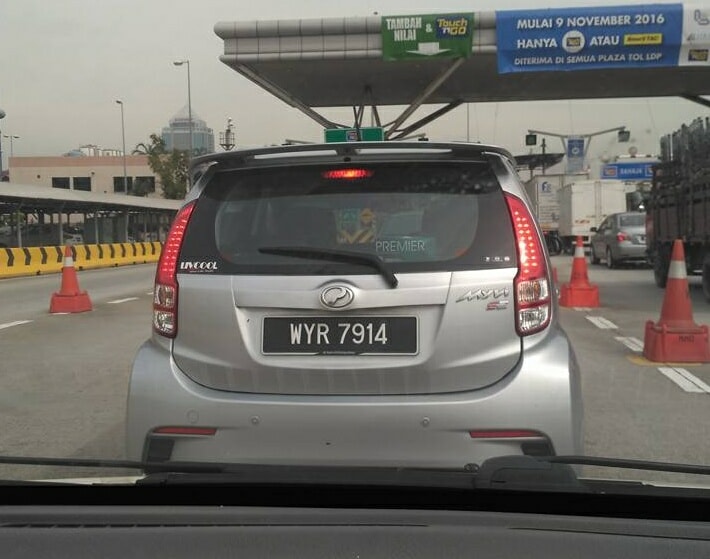 According to Neysa Anwar who shared the incident on her Facebook, the traffic was backed up for almost half an hour. To avoid the long queue, the impatient man decided to jump queue and cut in front of Neysa.

This inconsiderate action has triggered people queuing in line including Neysa herself to honk at him. Irritated by the honk, the guy got outta his car, knocked on Neysa’s car window and showed his middle finger. 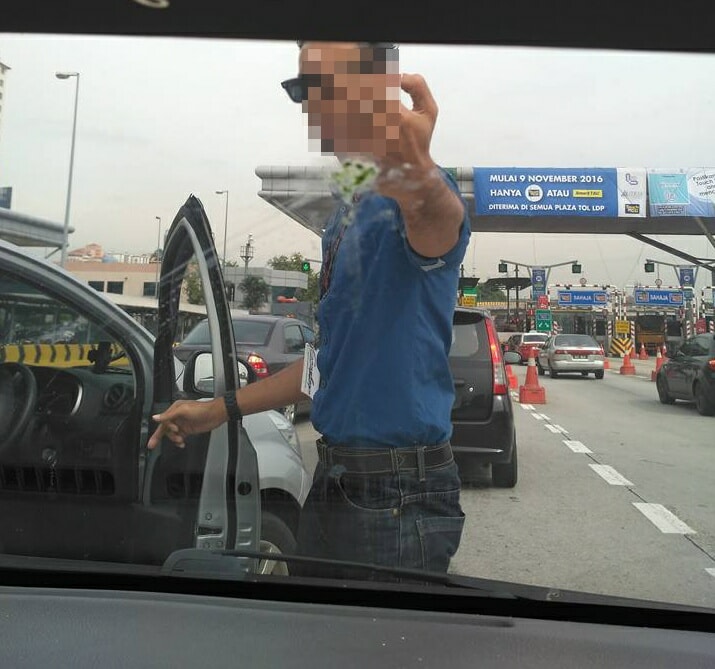 Neysa was pissed off because instead of an apology, she received a rude gesture instead. I mean, wouldn’t you be pissed too if someone hastily overtook your car and flipped the finger?

“If someone knows him and meets him at somewhere, please teach him some manners,” said Neysa.

Soon, the guy was tracked down by netizens. The guy went by his display name of East Ramadhani Zainudin. He too shared his side of the story with netizens.

“I wanted to reload my Touch n Go card but I was in the wrong lane. So I had to cut into that lane. I did bagi signal and angkat tangan as a sign of respect. Being a typical Malaysian, she (Neysa) was uncooperative. But I managed to cut in anyway. She honked me for a long time like the world is gonna end. That is when I decided to get out and showed her my middle finger,” said Zainudin. 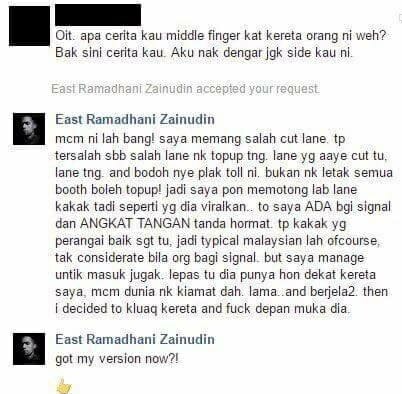 However, some netizens also claimed that they were at the receiving end of Zainudin’s middle finger before when using the highway. Zainudin, you can’t just go around and show ppl middle finger la! 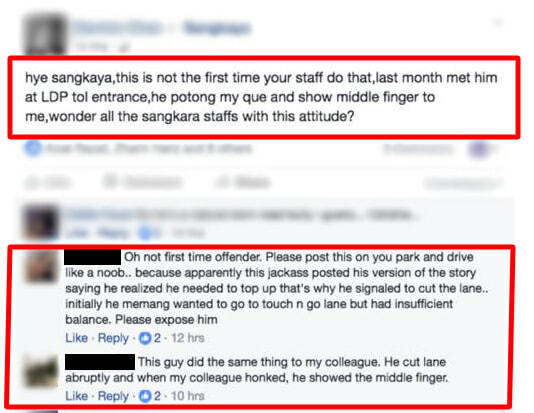 Following the netizens uproar, Malaysian police posted a tweet urging the victim to step forward and make a police report so that actions can be taken. How cute is that! A tweet!

Regardless who’s in the wrong, there really is no need to show rude gestures to anyone.

Keep that middle finger of yours and stay outta troubles guys!