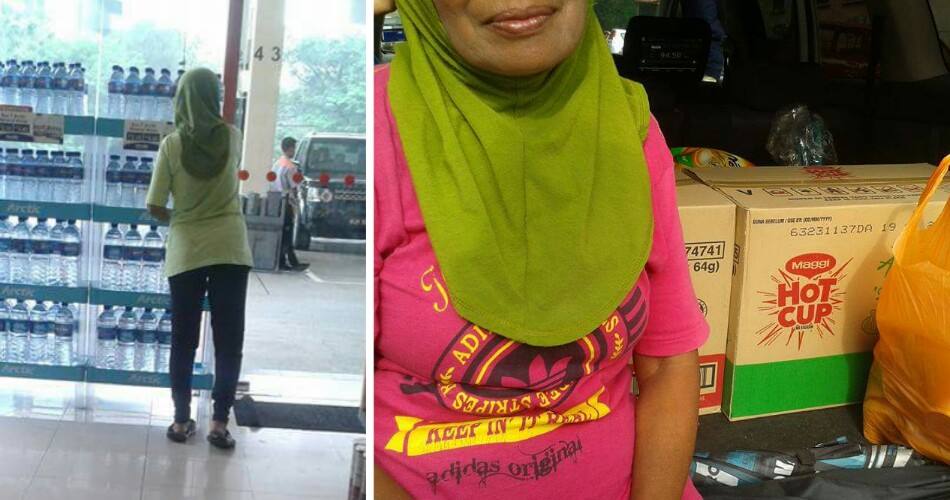 In the past 2 years, the cost of living in Malaysia has increased like crazy. Many people who used to live in a moderate lifestyle now finds it difficult to sustain it.

Can you imagine how the poor are surviving now?

But when things become bad, that is when we can start seeing the humanity in people. Here’s a touching story of how a man had made a woman cry but for a beautiful and heartwarming reason.

Ashraff Khan was going about running his daily errands as usual. It was a Friday afternoon when Ashraff wanted to pump petrol into his motorcycle. That was when he met Azizah.

“In the afternoon when I was returning (to work) after my break, I stopped by BHP Mutiara Damansara to fill petrol.”

“On the way to BHP, there was actually a Petronas station but I don’t know why my heart and mind was set on going to BHP.”

“God’s plans are beautiful and accurate.”

“As I arrived at BHP, I went to the counter to make payment and noticed a lady slowly walking in.” Ashraff decided to pay attention to this particular lady. He observed her from outside.

“The lady walked back and forth in the store, looking at bread, snacks, Maggi, and then placed them back. In the end, she took a 500ml water bottle and went to the counter to pay with an RM5 note.”

“Then, she walked out towards a tree next to BHP.”

“My heart was racing ‘dup dap dup dap’. I wanted to know if she has eaten, why did she put back that Maggi Cup just now.”

“I asked a BHP worker if they knew the lady? The person said they know the lady and she will occasionally buy mineral water here.” 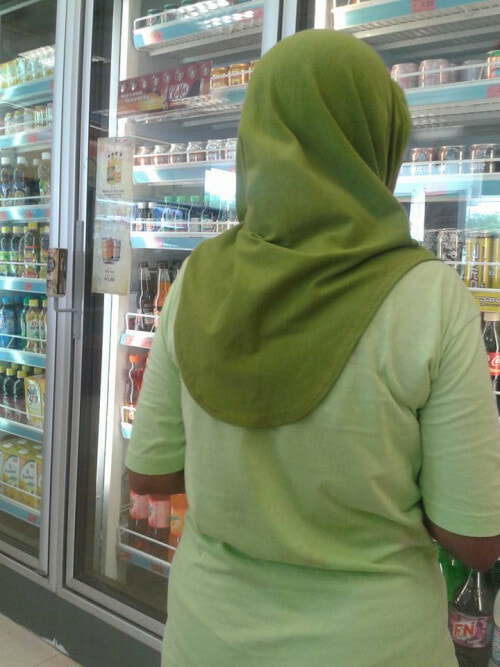 Set on getting to know this lady, Ashraff was pumped. He approached her who was under the tree and greeted her politely.

“Asalaamualikum makcik, I want to ask why did you put back the Maggi Cup you were holding in BHP just now? Have you eaten?”

“Wsalam. Oh the Maggi was expensive to eat today. I’m only left with RM5 to last me until my next pay arrives.”

Ashraff was too stunned for words for a moment. It was as though his surroundings suddenly faded away. But he was set on helping the elder lady. He asked her to return to BHP.

“As we arrived back in BHP, I asked her to take anything she wanted to eat. It doesn’t matter, anything is alright.”

“But…she only took the Maggi Cup from earlier, and orange juice and 2 Gardenia wafer bread. She said it was enough for today.” 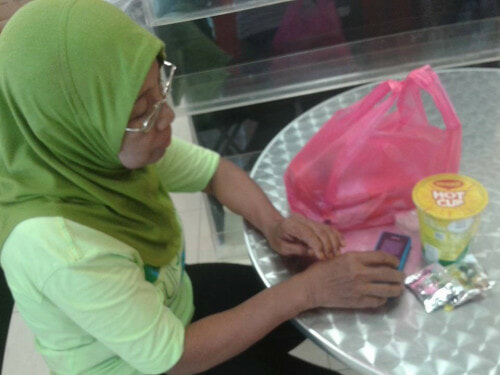 While she ate, the young man decided to learn more about this lady. Turns out, her name is Azizah and she came from Langkawi. She has three children and previously she lived in Penchala with her husband.

She works as a street cleaner around Mutiara Damansara area with only RM700 monthly income.

However, now she rents a room with workers from Indonesia because her wicked husband left her after receiving money from selling the land back at home.

Ashraff added that it was difficult to talk to Azizah while she ate because she was crying terribly throughout. 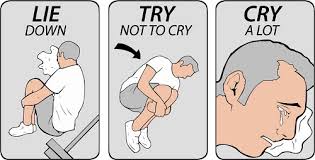 But Ashraff doesn’t plan on stopping just there. He said,

“Thank you god for choosing me to help those who are in need. As long as I can afford to, I will continue to help.”

“Before leaving, I got to salam Azizah. God willing, I will meet you again and pass you some groceries.”

“Kak Azizah, the Maggi is not expensive, let me pay for you.”

But the good deed didn’t stop there. After that, Ashraff went on to buy 2 CARTONS of Maggi Cup for Azizah the next day along with other groceries. He even brought her out to eat a delicious plate of mee goreng. 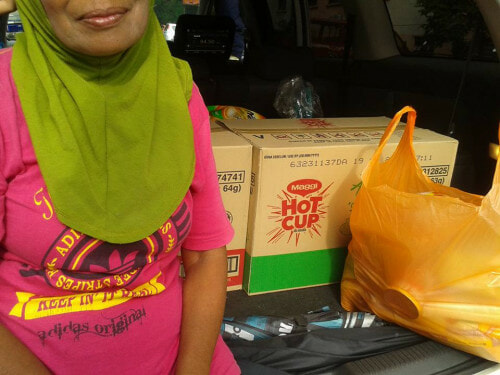 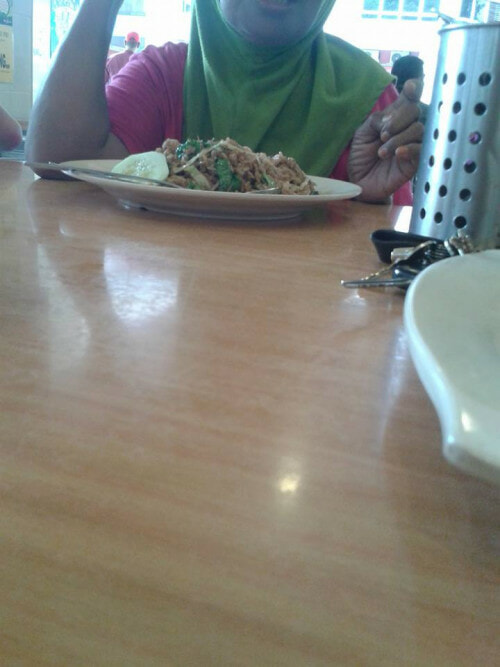 Good job, Ashraff! You are truly an inspiration to us all.

With every bit of kindness shown in this world, hope in humanity gets restored by as much. Thank you, Ashraff for showing that there are still good people out there!