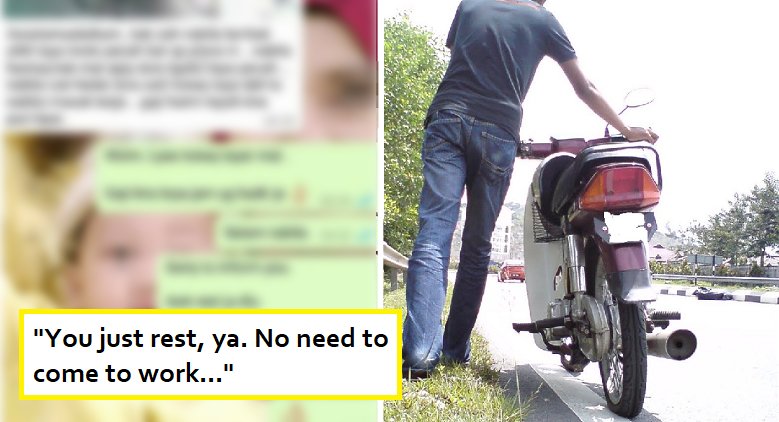 Time and time again, Malaysians have been proven to be one of the laziest Asians ever. From being the third most unfit nation in the world to being professionals at giving excuses, Malaysians can’t escape the ‘lazy’ stereotype.

One particular girl named Nabila from Sungai Petani seemed to have the perfect excuse for going into work late.

She told her boss,

“Assalamualaikum. Kak Zah, I will be in a little late because my motorcycle’s tyre ruptured at SP Plaza. I sent my sister to work first but suddenly noticed that the tyre ruptured.

“I will search for a workshop and have the tyre changed first before going into work. It’s alright if you don’t give me today’s pay.” 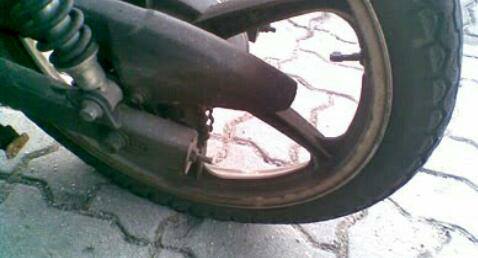 The worker even sent a photo of the tyre to her boss as proof.

Kak Zah, who is Nabila’s boss, was truly understanding as she explained that Nabila’s pay is based on the hours she has worked. The boss even nicely told Nabila to just come into work after she has changed her tyre.

However, about 30 minutes later, Kak Zah suddenly told Nabila to just take a rest and don’t bother coming in for work anymore. The boss then sent a screenshot of Google images with the term ‘punctured motorcycle tyre’. 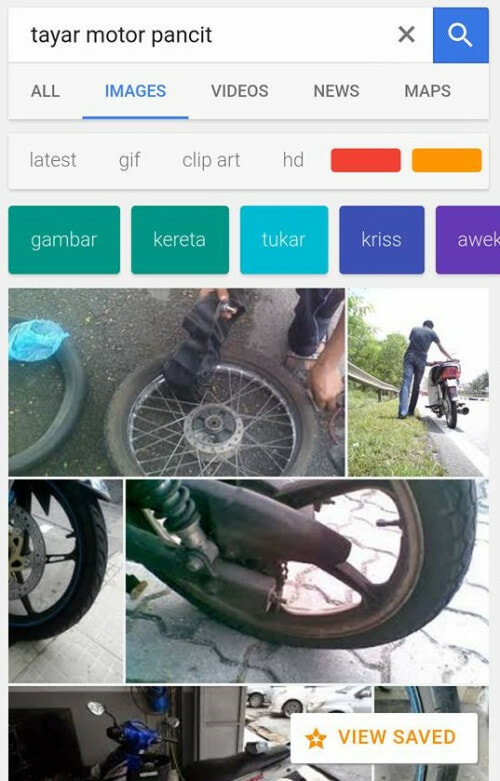 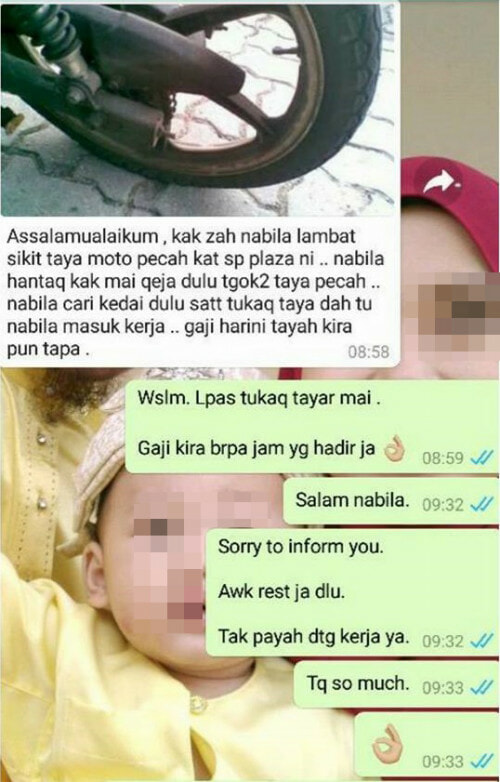 In his post, he advised people to be a little bit more creative with their lies.

“This is the reality of the attitude of today’s youth. They want to lie to their boss but have no style. Do you think you’re the only one who knows how to use Google?

“I simply Googled and found out. I immediately gave her a longer leave and she became tensed.

“Friends, please do not follow this inappropriate behaviour, ya. Bosses these days may seem naive but we have strong instincts.”

So, there you go, people. If you are really going to be late to work or skip it entirely, give a strong and valid reason. 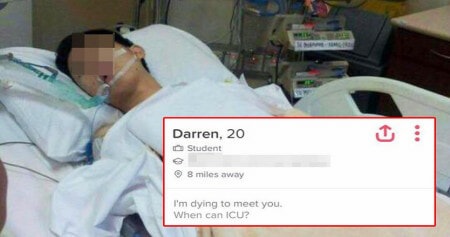