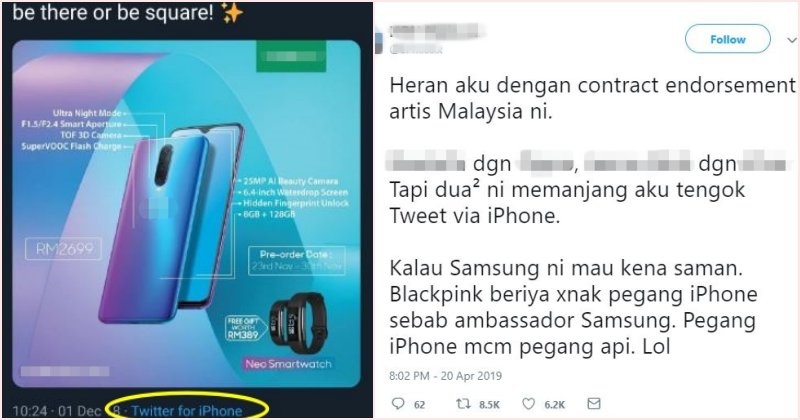 Not long ago a Samsung brand ambassador Knesia Sobchak was sued by the South Korean smartphone giant for allegedly being caught using an iPhone X instead of handsets she was supposed to be promoting!

Sobchak was caught red-handed using an iPhone X after she was spotted using it during a television interview, despite hiding it under a piece of paper. 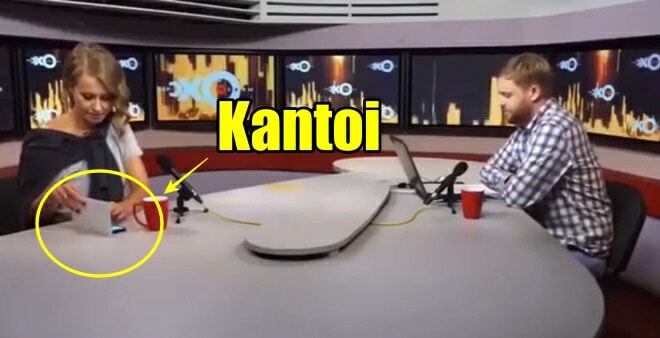 Taking a leaf out of the Russian incident, a netizen took to Twitter questioning as to why several local brand ambassadors are not using the phone they are supposed to promote. 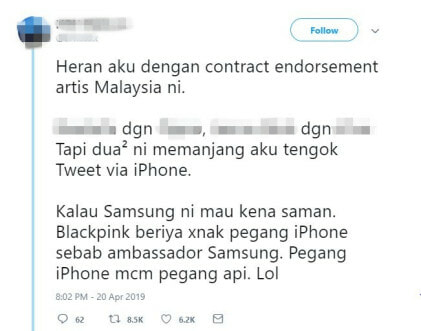 The netizen tweeted, “I am appalled at the attitude of several contract endorsement artists in Malaysia.” 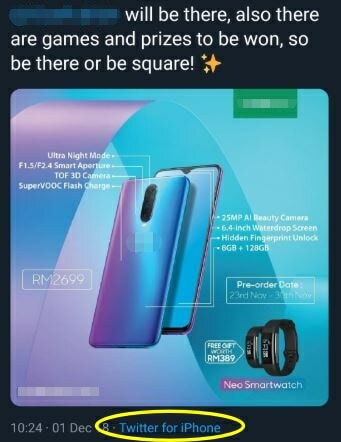 “If the brands they represented were Samsung, a lawsuit will be on its way. Blackpink refuses to hold an iPhone because they are Samsung ambassadors.”

“Pegang iPhone macam api (Holding an iPhone as if it was fire).”

Logically, if you are being paid to promote the product wouldn’t it be logical to use it as your daily driver?

According to the Apple Insider, the practice of paying public figures to use products is common, but in the case for smartphones, spotting influencers using the ‘wrong’ phone on social media is a marketing gaffe.

The tweet which garnered more than 8.2k retweets also gave examples of how to be a ‘good’ brand ambassador.

The first response featured the image of @jnkloops refusing to hold an iPhone of a fan for selfies.

Another respondent also showed a video of how other Blackpink members were forbidden from using other phone brands, even if it is from a fan.

“This I totally agree. I mean, look at Jennie’s face.”

It might sound a bit extreme, but brand owners will surely attest that this should not be a common practice among its brand ambassadors.

The case of brand ambassadors using the ‘wrong’ phone is not a Malaysian thing altogether but is something very common overseas. 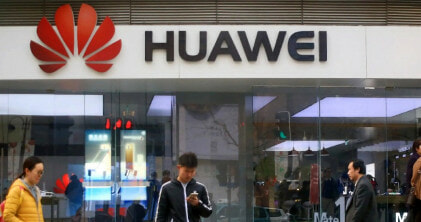