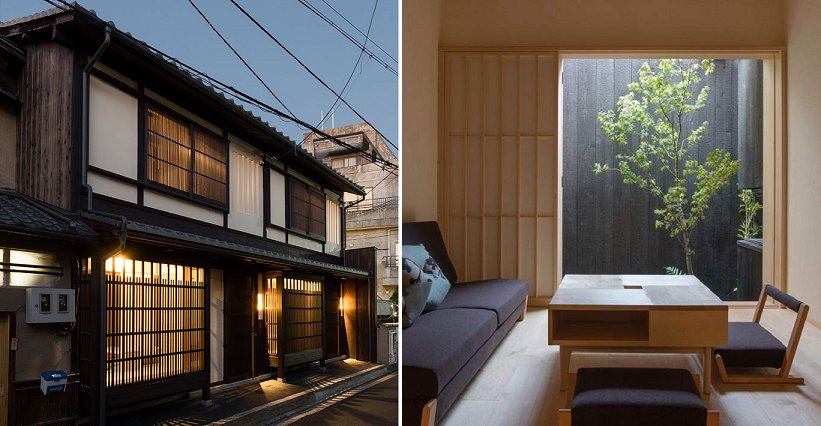 A beautiful heritage of Kyoto, Japan was almost torn down after its owner passed away in 2013 but it was thankfully saved by the collective effort of a Malaysian, 3 Singaporeans, and many Kyoto citizens. 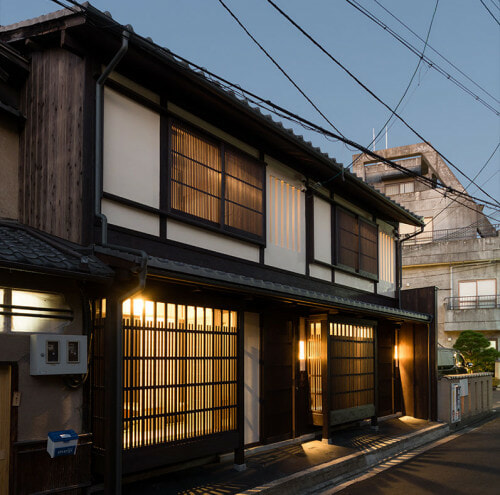 Two traditional townhouses sat on a plot of land which was put up for sale in 2013 after the elderly man died. An interested buyer wanted the land so he could expand his carpark which was adjacent to the land.

The beautiful 2-storey wooden houses had timer floors, clay partitions and baked tile roofs, which were built in 1868 during the Meiji era.

This amazing structure even survived two world wars and was still proudly standing in mesmerising Kyoto.

However, it seemed as though it would eventually be torn down for the sake of ‘progress’. 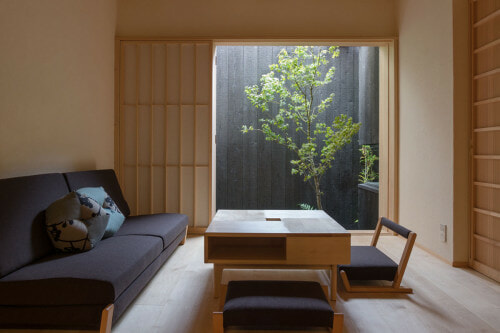 But thankfully, Malaysian Benjamin Lim, 40, and his friends Lee Yong Chye, 38, Gian Yi-Hsen, 40, and Richard Tan, 58, from Singapore pooled together a massive sum of money to buy the 1,000 sq ft land in 2014, just so the historical houses can remain.

“We love Japan – its culture, food and oddities. But we were tired of waking up in nondescript hotel rooms on our visits. We wanted to own a home in Japan.”

He had heard about this beautiful building’s unfortunate fate through a property agent, and so he called up his friends to invest in this property. 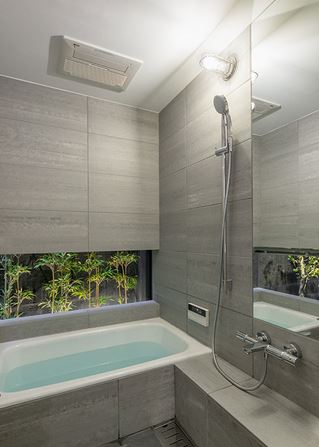 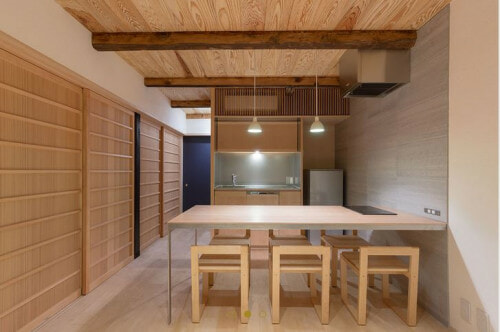 Behind every action, there is always a reason. Yong Chye explained why exactly they chose Kyoto.

“The city’s architecture has been preserved. To own property in Kyoto, we feel, is to own a piece of heritage and history, something that can be found only in a few Japanese cities.”

Not only that, thousands of these traditional townhouses have been destroyed over the past 20 years.

“Many are re-built in the name of progress, but this is sad because it reflects an erosion of heritage,” Yong Chye lamented.

And so, this drove the quartet to refurbish the heritage building. They turned it into a serviced accommodation called Shimaya Stays. The word ‘Shimaya’ is a combination of ‘Shingaporu’ and ‘Mareshia’.

The best part of this property is that it was renovated by the citizens of Kyoto themselves. 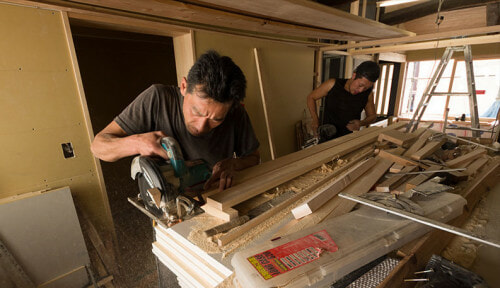 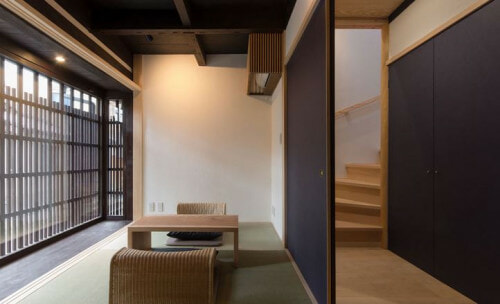 “Because we are not Japanese, we felt having a local home-grown element was essential to the project. So we strove to get people from Kyoto involved in the restoration.”

“As much as possible, we wanted them to be made in Kyoto, by Kyoto craftsmen.”

The walls and original structure were retained but everything else were modern-day fittings and finishing – making the old building look brand-new.

Even the furniture in Shimaya are locally made by Kyoto craftsmen and had that Japanese flair to it to ensure authenticity.

“I was very impressed with the craftsmen’s work. Many worked past midnight and over the weekend in order to complete the project on time and within budget. Their passion for their craft was truly inspiring.”

Since there are two houses to the structure, the 4 men decided to add a twist of ‘East meets West’. One unit had traditional furnishing with modern beds while the other one had tatami mats. 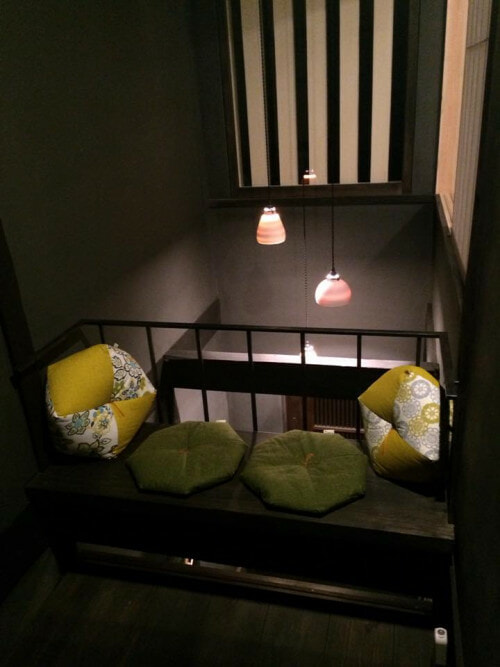 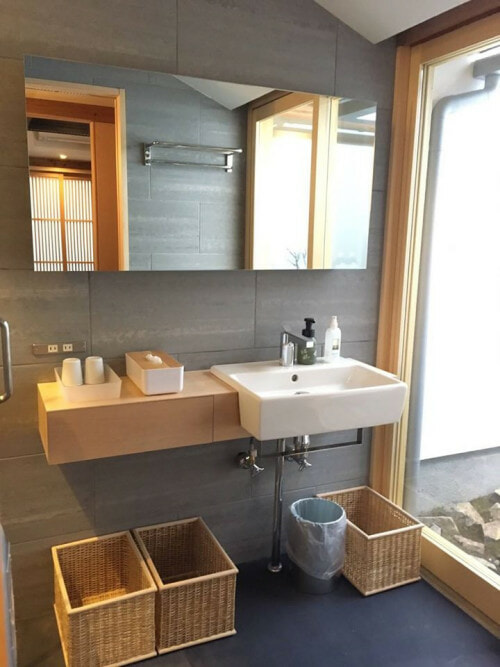 “To us, it is important to create modern and enduring living spaces, but also preserve culture and share our appreciation of Kyoto with all who are interested.”

The four of them would often stay in these homes when they travel to Kyoto but they decided to share this home with the public too. 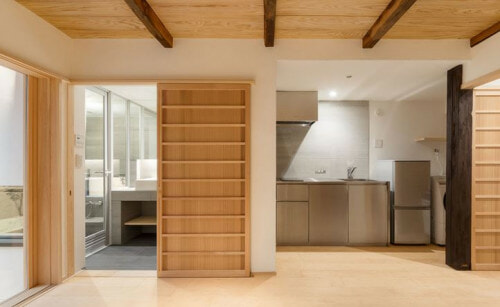 “We currently operate on an exclusive invitation-only basis, so people who want to stay at Shimaya are welcome to get in touch with us over e-mail.”

Well done guys for saving the house from being torn down! Another piece of history preserved.