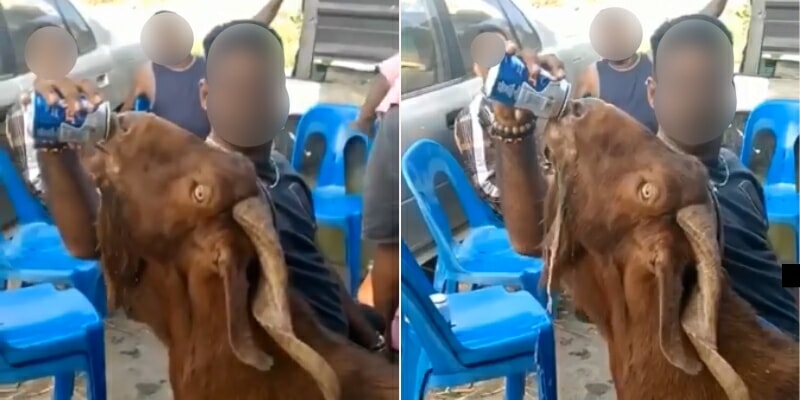 There are many things that are considered a no-no when it comes to the treatment of animals. Beating them, stepping on them and so forth are examples of that.

Another great example of an animal no-no, is purposely feeding them alcohol.

The Malaysia Animal Association is now looking for any information on a group of men seen feeding a goat a can of beer in a video. 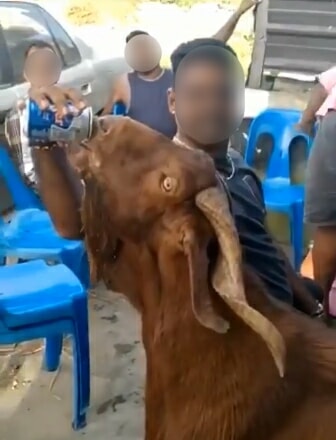 They wrote, “This video of youngsters feeding alcohol to a goat is believed to have happened in Malaysia. The car and the surroundings look like this country. Most notably was the call, ‘Hey, Kambing (goat in Malay)’ by one of the youngsters.”

Alcohol shouldn’t be given to animals at all as it is immensely unhealthy for animals. 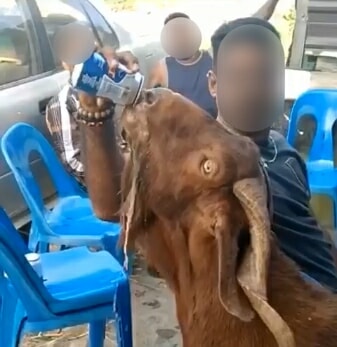 “Giving the goat alcoholic beverages is a cruel crime against animals as it is wrong for their diets and just not suitable for it. This is considered torture. Relatives and friends of the youths in the video should come forward with complete information about when and where this happened, through the Malaysia Animal Association WhatsApp Hotline, +601120901097,” they added.

No matter how funny anyone thinks this is, it’s inhumane and cruel to feed animals anything that is bad for their systems just for the sake of a joke.

We genuinely hope that the authorities save the poor goat.