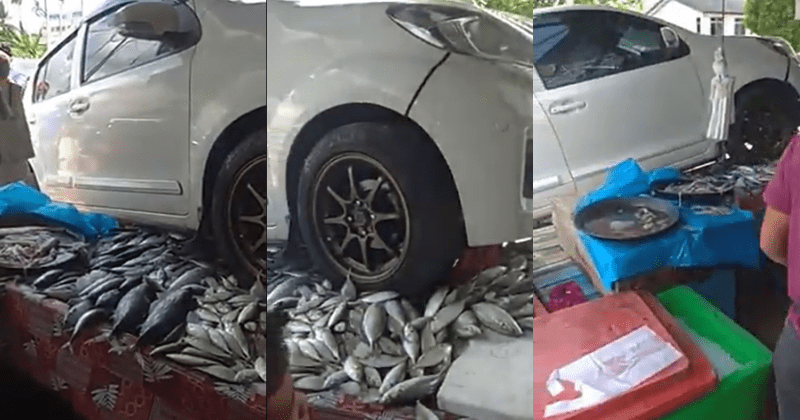 The Perodua Myvi has been the butt of all jokes for quite some time among Malaysian drivers.

It is not that the car is bad, it is actually quite power for its small size, but many are led to think that it is Myvi drivers who are to blame for the flak it is getting from netizens.

In a video posted on Facebook, a video entry managed to capture just how bad the driving is for this one Makcik when it comes to handling and manoeuvring Malaysia’s undisputed ‘King of the Road’.

The Makcik was probably in a hurry and did not want to break social distancing while getting some groceries for buka puasa, and her hastiness can be witnessed at how her Myvi managed to land ON a fishmonger’s table of fresh fish!

The footage which was captured by the stall owner saw the man up in arms at the scene he is witnessing, evident from the complaints he shared in the video. 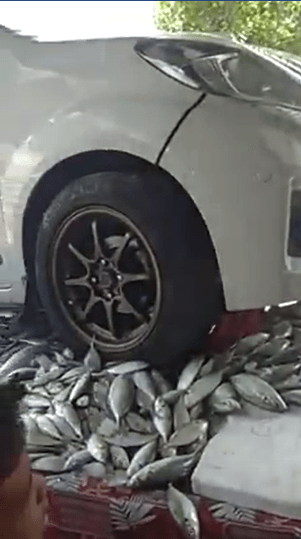 The owner of the stall explained, “There is this one Makcik who wanted to park near the stall. Instead of slamming on the brakes, she stepped on the accelerator instead.”

On a positive note, no one was harmed in the incident – except maybe the Makcik’s ego after being told off by fishmongers for her mistake!

Also read: Watch: Steady Myvi Casually Drives Away After Getting Hit By Overtaking Wira That Overturned Instead 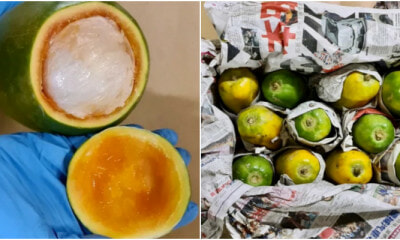 Drugs Worth Nearly USD$91,000 Found Hidden Inside Papayas in Singapore

From canned goods to ingesting kilos of cocaine, sneaking drugs under the noses of authorities is a risky business. For... 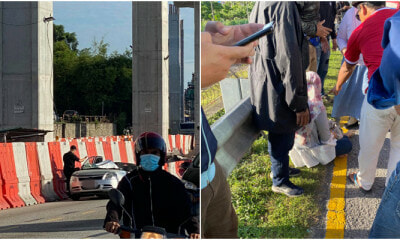 Taking place at the Sungai Besi – Ulu Klang Elevated Expressway (SUKE), the driver of a silver Saga walked away... 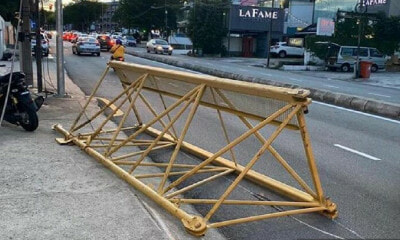 This is some Final Destination stuff! Thankfully, the woman driving the Myvi escaped unhurt. Yesterday, a freak accident happened in... 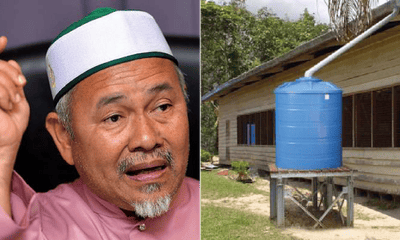 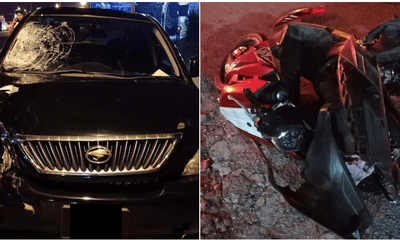