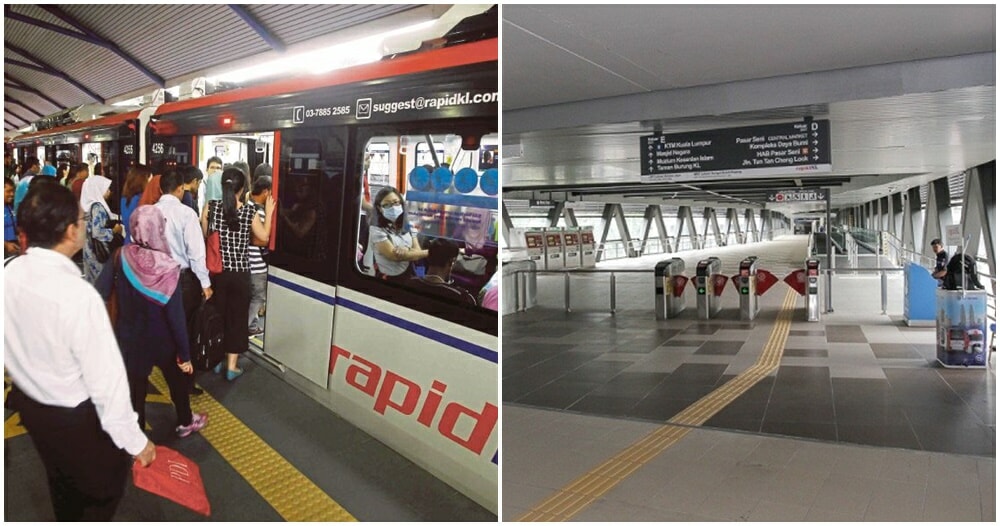 If you use public transport as part of your daily commute, you’re probably familiar with the feeling of having your personal space invaded as passengers try to fit themselves in a carriage like they’re trying to play a game of human Tetris. But it looks like our suffering will finally come to an end as Rapid KL has opened up a new pedestrian bridge that directly links the Pasar Seni LRT station with the KTM Kuala Lumpur station!

Not only will this be beneficial to KTM and LRT users, MRT users whose only KTM interchange options were KL Sentral (Muzium Negara) can also heave a sigh of relief. 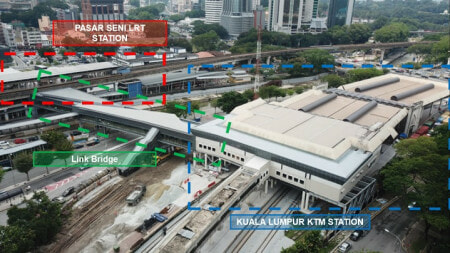 The opening of this bridge also means shorter commute times for KTM users who often switch to the LRT Kelana Jaya or MRT Sungai Buloh to Kajang lines. Yay!

But arguably the best outcome from the building of this bridge is that it will finally free up some space and ease the KL Sentral congestion we all know a little too well. 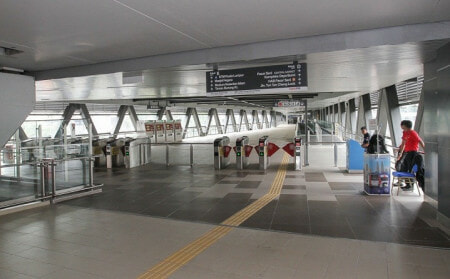 If you’re worried about the distance you’ll have to walk to switch lines, rest assured-the bridge is only 102 meters long and is well-equipped with travelators and fans so you can walk in comfort.

According to Prasarana Malaysia and MRT Corp’s press release, the 102-meter-long bridge was actually built by the MRT corp as part of the MRT Sungai Buloh to Kajang (SBK) line’s scope of work. 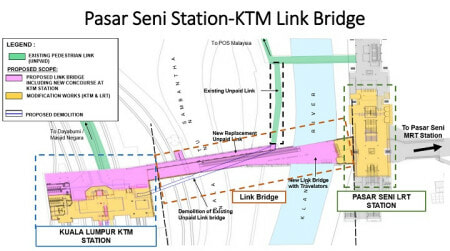 While the construction of the bridge was scheduled for completion in December 2019, the building process finished one month ahead and is now ready for use! LRT and KTM users can rejoice as they finally have the option of skipping over KL Sentral to get to where they need to go.

While passengers are still required to tap in and out of stations, the bridge was built for ease of interchange between the three KTM, LRT and MRT lines to prepare for the future when the fare system of these lines will integrate too!

This is great news! Are you a public transport user? What do you think of this new bridge?

Also read: M’sian Girl Shares How She Was Almost Hypnotised After Stranger Asked for Directions at LRT Station 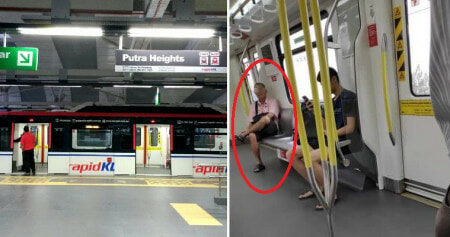