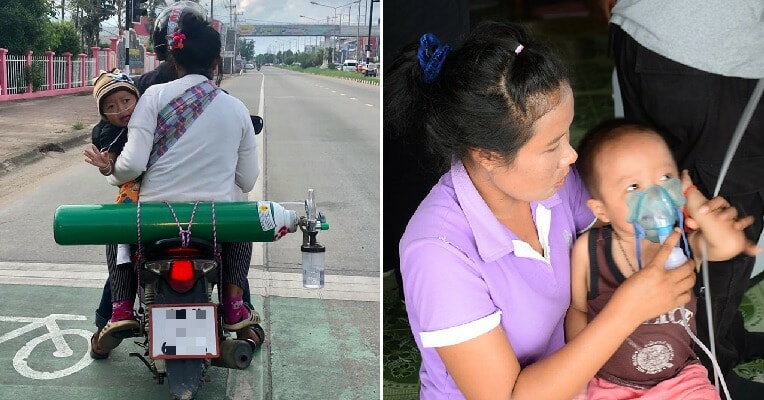 There’s no greater love than a parents’ love, and a Thai netizen recently shared this post that proves that this is true. The man said that he saw a father riding a motorcycle on the road in Chiang Rai with his wife. This would seem like a normal occurrence but what caught his attention was the toddler that the mother was carrying, swaddled in a cloth around her body. 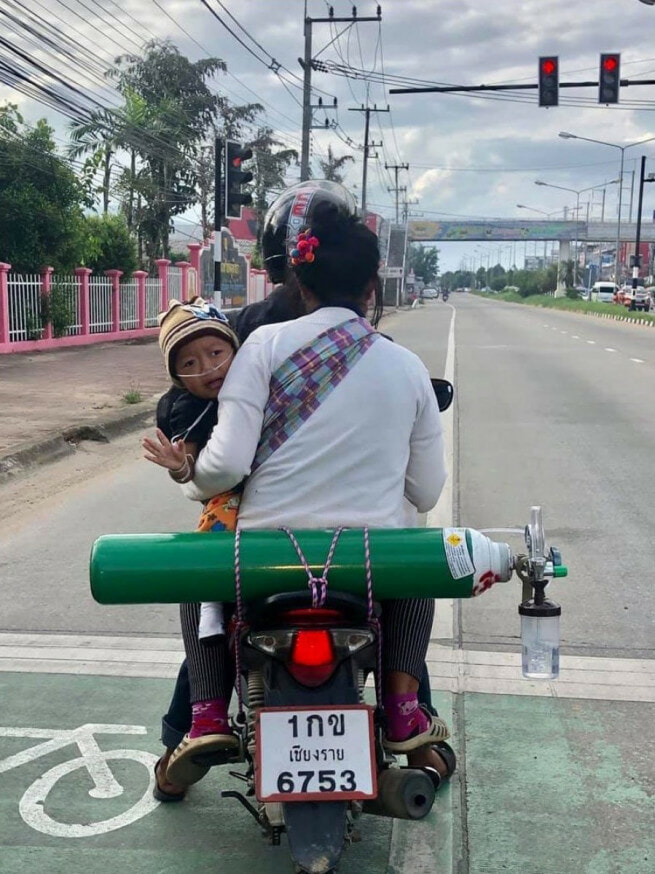 The two-year-old boy had tubes going up to his nose, which was connected to a huge oxygen tank tied to the back of the motorcycle. Every time the motorcycle stopped at a red light, the father would turn around to make sure that the oxygen tank was in place and adjust it accordingly.

The netizen said on that day, the weather was very hot but still, the little family was determined to go on their way. He said that the little boy was really lucky to have such loving and caring parents who took care of him wholeheartedly. 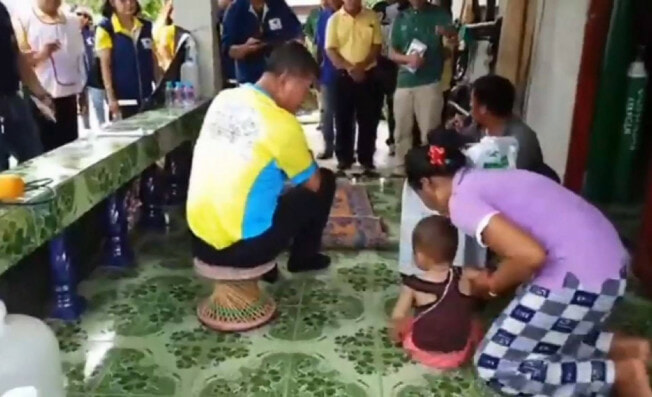 The photo went viral on Thai social media and some news portals went to investigate. They discovered that the couple live in Mae Sai, the northernmost district of Chiang Rai, according to TNews. The couple’s son was born with lung disease and at six months old, he had asthma.

His lungs had deteriorated so badly that he needed an oxygen tank to breathe every day, and had been using the oxygen tank since he was six months old. It was reported that the father only earns about 300 baht (RM40) a day and has already spent over 100,000 baht (RM13,319) on his son’s illness. 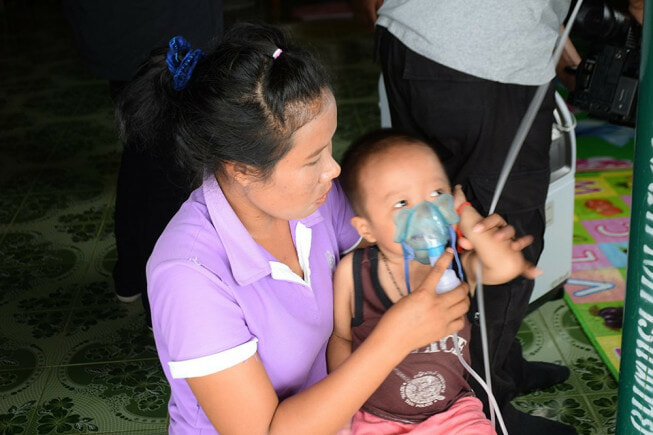 He had tried taking public transport before, but the driver was afraid that the oxygen tank would explode and as he did not want to inconvenience other passengers, he chose to ride his motorcycle. Many netizens who saw this were sympathetic towards the couple’s plight and their son’s sickness, with lots of well-wishes pouring in.

Hopefully, the boy will get well soon and won’t have to depend on the oxygen tank anymore!

Also read: Pilot Purposely Arranges to be on the Same Flight As His Parents So He Could Surprise Them 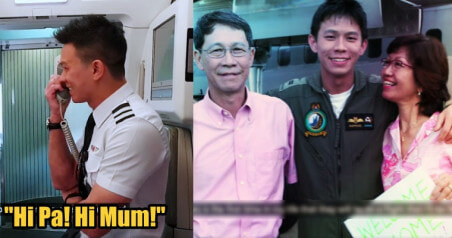