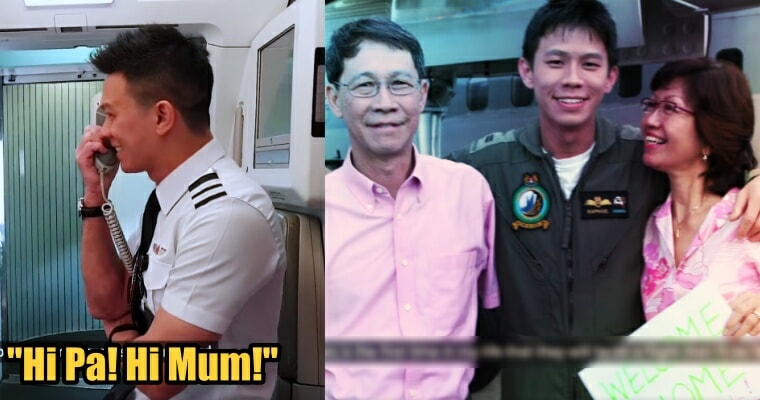 Jetstar uploaded a video on 26 June, showing Raphael, a young Singaporean pilot, surprising his parents who were the same flight.

After finding out that his parents will be flying from Ho Chi Minh, Vietnam, back to their homeland, Singapore, Raphael secretly arranged to be on board with his parents as their pilot.

Yes! He’ll be the very one flying his parents back home! <3 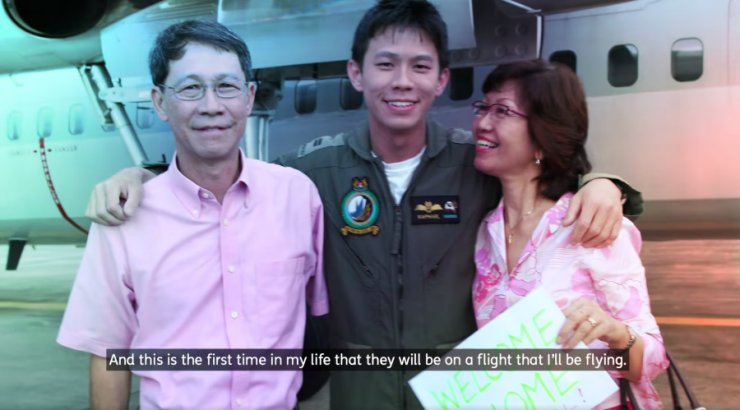 As reported on Zao Bao, this sweet surprise happened back in November 2018.

In the video, Raphael appears at the aircraft cabin, introducing himself to the passengers. He then continued to announce that this was a surprise for his parents who are on board with him for the first time in his 16 years of career. 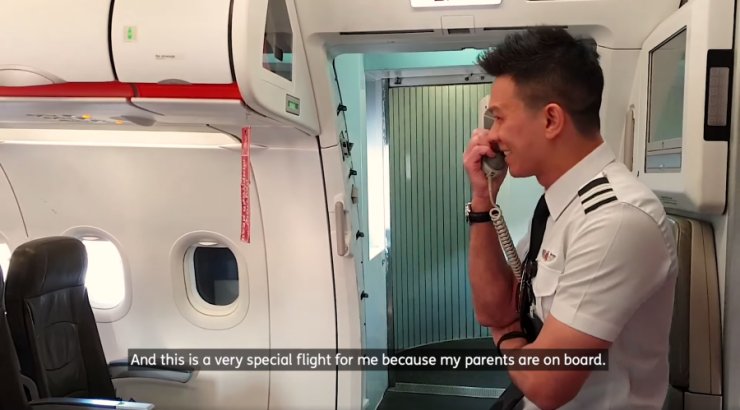 The passengers were touched by his gesture and they all went “aww” in an instant. The pilot’s dad waved at him among the crowd, but his mom was nowhere to be found. Flustered upon his missing mum, he only found out later that she was in the lavatory!

He was a little bummed out because he thought he could experience his mum’s cheerful response. Luckily, the cabin crew allowed her to take a peek into the cockpit to say hello to her lovely son.

In a brief interview with Raphael and his mum after they landed in Singapore, she said that she was able to recognise his voice immediately through the speaker.

“I used to tell him to reach for the sky. I feel very great and very proud of my son.” It was super sweet of Raphael to allow his parents to have this unique experience, probably once in their lifetime. This reminds us to always be kind and gentle to our parents, especially when they’re ageing quickly as we grow up.

Do you have any similar experience with surprising your parents? Share with us in the comments! 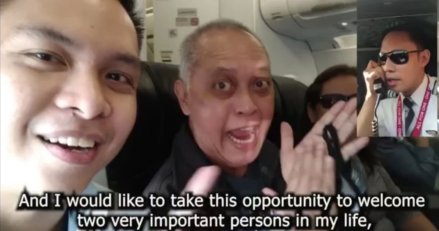