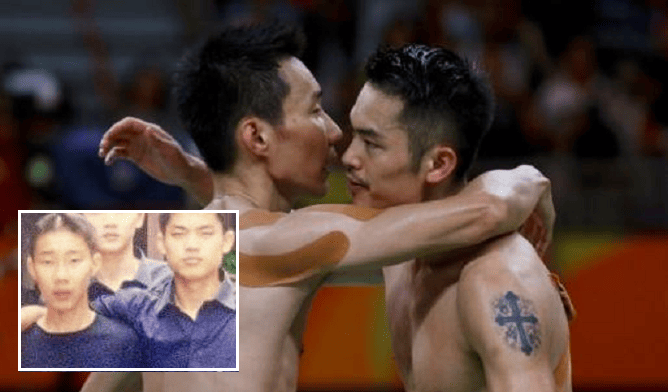 A letter apparently from LinDan has been making rounds on social media, encapsulating a sweet yet powerful message to DLCW for his finals in the Rio Olympics Badminton Men’s Singles. People were speculating that the message was posted to Twitter however the authenticity of the origins of the letter is not determined.

However, the letter that was written in mandarin pretty much embodied the love and rivalry among the two heroes that will forever go down in badminton history. The message is roughly translated to English, and it writes,

Seeing you throw down your racquet yesterday and leap for joy at the victory, I felt truly happy for you.

Both of us have known each other for 16 years. We were still young and energetic back then. At the time, there was Taufik and Peter Gade; both of our skills couldn’t compare to theirs. In the first competition against each other, I won the game against you. But little did we both know that over the years, we’d be matched against each other this many times.

We each had our wins and losses, but of course, let me pride myself a teensy little by saying that I won a little bit more. But I don’t want to go on about the results or what so ever, because you and I are no longer measured through our results. There are people who call me “SuperDan”, and there are people who feel sad for you because your luck compared to mine always seem to be worse, and at every big match, I’d only win by a little. 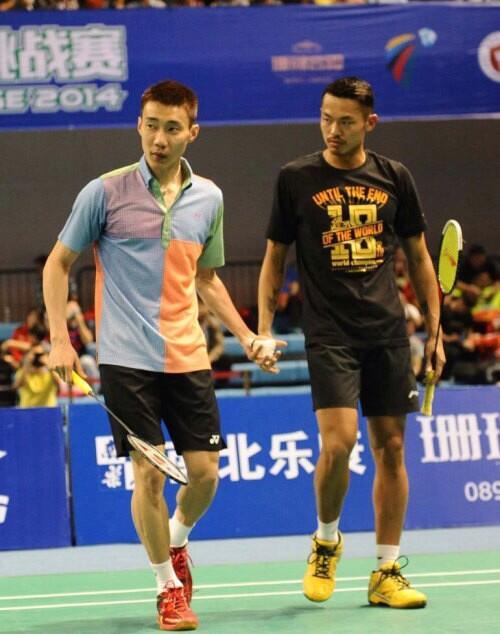 I still want to thank you. In my name, besides the wins and championships, there’s still a warm relationship known as “Lin-Lee’. We could be like Ronaldo and Messi, Larry Bird and Magic Johnson, Federer and Nadal, because of each other’s existence we would stay eternal.

Because of you, only there’s a better me. I took almost every championship I could, but I never dared to let my guard down. I could be high and mighty singing that ‘having no enemy/competition is lonely’, but because of you, every time I’d be dripping in cold sweat, every time it would be you I’m facing from across the net. In the end, you went all out to chase up to me, and I’d fight back hard also so that you won’t shoot me down. You train, I train too. You didn’t give up from losing, I didn’t slack from winning too.

And just like that, both of us have become ‘old men’. There are more and more successors. I’d occasionally message you for a short chat, talking about these youngins. “It’s hard for them la, there’s so many competition nowadays, unlike it was for us back in our days, where there’s only just the two of us.”

Truth to be told, it gets pretty lonely, but every time we competed, you’d push me to battle my hardest, to give as much effort my body can afford. It’s only you that is worthy for me to draw out my absolute full potential.

And so, now I’m in Rio, my forth Olympics. During the quarter-finals, it took some effort to beat the Indian kid but I came through. When I almost gave up, it’s at that moment I thought about our promise, to meet you at the semi-finals. 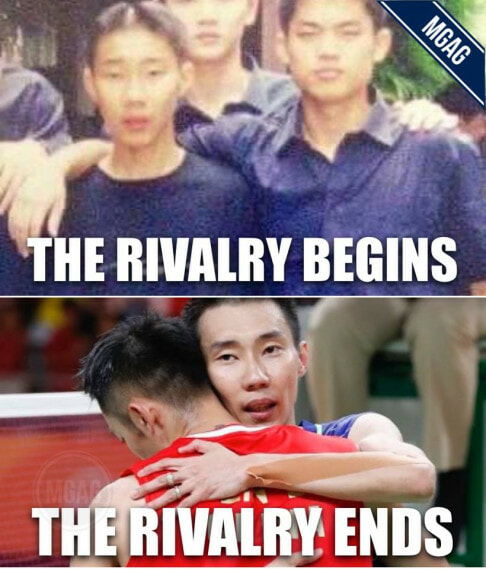 It’s the 37th time that I met youfrom  across the net, from the first time we met, it’s already cross a full cycle. To be honest, when I lost a few games to you, I never felt any regret. You are my biggest rival, I wholeheartedly lose to you, no regrets. When I hug you, I really felt that, over these ten plus years, with you, it has been like a dream.

I will keep your jersey, and tell my future kids about you. That there’s an uncle known as Lee Chong Wei, he’s daddy’s greatest and proudest rival, and also best friend.

Having met you in my best years is my luck. Good luck in the finals.

Update: It was later confirmed that the letter was a fanfic. Nevertheless, netizens poured their hearts out at the touching message that described Lin-Lee’s romance. Rivals on court, but best friends in life.