It’s understandable some Malaysians may have trust issues when it comes to our law enforcement officials.

Though it is unfortunate that there are corrupted cops out there, most of them are trustworthy and care about the community. In fact, most police officers are really nice and they do care about helping the public.

To show their care towards the public’s safety and interest, the police force launched a new programme called ‘Talk To Us’. 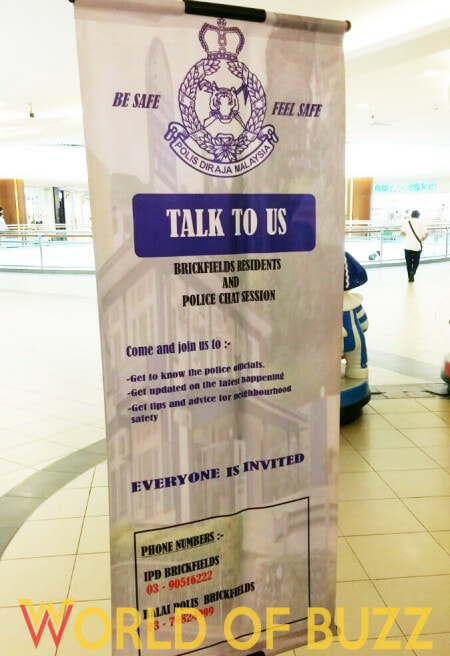 The aim of this campaign is to bring both the public and the police force closer together. The public can voice out their opinions, troubles and concerns to this panel of officers.

Police officers from the Brickfields Police Station initiated this programme to engage with concerned citizens in efforts to resolve certain issues raised by the public.

During their tour for the campaign, one of the police officers told WORLD OF BUZZ that this is currently a small programme just around the Brickfields station’s jurisdiction.

“Right now we are doing it around this area only. But if we receive good feedback then it will expand into a nationwide initiative.” 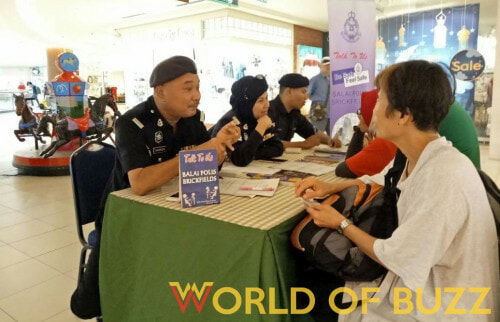 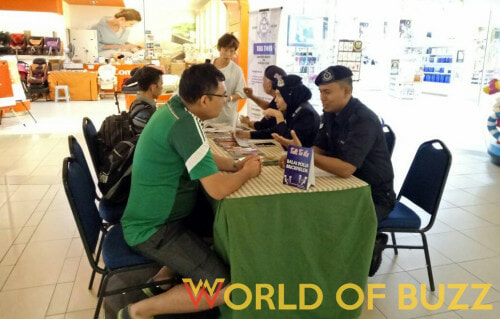 Currently, their schedule will take place on Wednesdays only, from 10.30am until 1pm, every month up until December 2017!

In the event that there are other special tasks which the police need to handle, they will be unavailable for this programme.

So far, they have seen pretty promising results as quite a number of people have spoken to them regarding their concerns.

One particular citizen was explaining how he had troubles passing through Little India every day due to the terrible congestion. 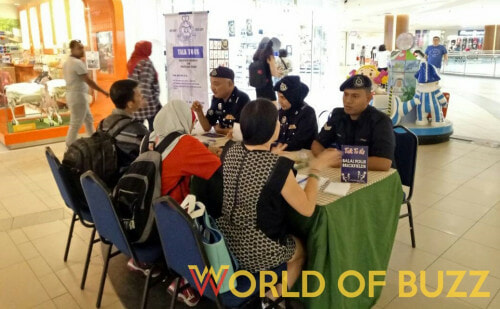 The citizen explained that although the road is 4 lanes wide, many cars would often double or even triple park on the side of the road, causing the four lanes to turn into a single road.

The authorities hope that more people will voice out their concerns through this initiative so that they know how best to tackle those problems.

Funnily enough, some people initially thought this was a booth to pay traffic summons!

So, if you’ve got any concerns, go ahead to any of those aforementioned malls and find their pop-up booth. Who knows, whatever problem you’ve been facing may just be solved ASAP! 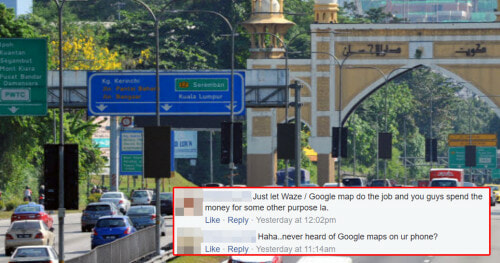