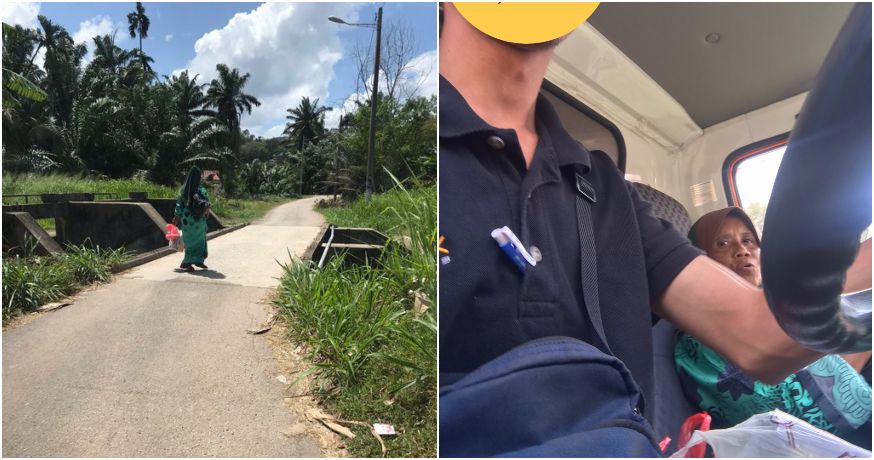 Not everyone has the opportunity to grow up and be with their mother until they grow old. But what do we do in our life to ensure that our mum is in good hands, no matter where or when?

This guy went onto Twitter to share his experience encountering an old makcik walking alone. Aizat Azroy shared he noticed the makcik walking, swaying side by side as if she was about to pass out at any time.

Aizat added that he noticed the makcik holding plastic bags of dry biscuits and tea leaf powder. He then decided to follow the makcik from behind slowly. 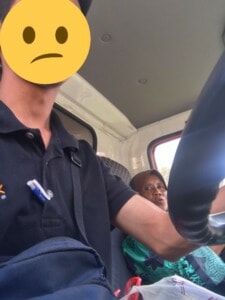 He then stopped and asked the makcik where she was going, and offered her a ride in his lorry. The makcik then opened up about her condition.

The makcik said she had been sick for two days, but she had to go to work as a dish-washer in the nearby town. She got paid RM20 a day for working there, and she managed to support herself living alone with that salary.

Aizat then made a stop at the nearby store and bought minyak cap kapak for the makcik as she refused to go to the hospital. The makcik claimed she would be fine with the ointment alone.

She continued telling Aizat that she has a daughter living in Kluang as well, but she never came to visit. The makcik went on saying that her daughter had gotten married and the makcik didn’t want to trouble her daughter and her family.

Aizat later found out the water supply for the makcik’s house had been cut off quite recently. The lorry then had to make a stop before a bridge heading to the rural area as it could not fit on the small road. 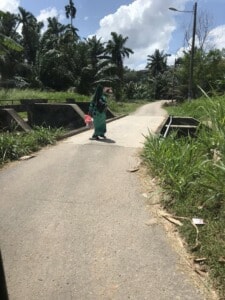 The makcik thanked Aizat several times before leaving, telling him that what he had done was more than enough for her.

A netizen who saw Aizat’s post went on to clarify the makcik used to receive some help before her kids went deserted her. The makcik also tends to her kids and grandchildren in her house.

Netizens took the story as an inspiring one, congratulating Aizat for his kindness and sharing their kind messages for Aizat and the makcik. We hope everyone else would spend some time caring for their parents while they are still living. 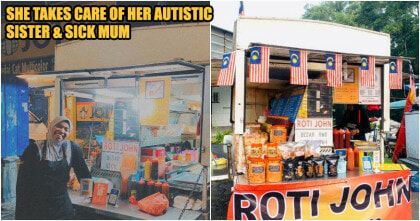