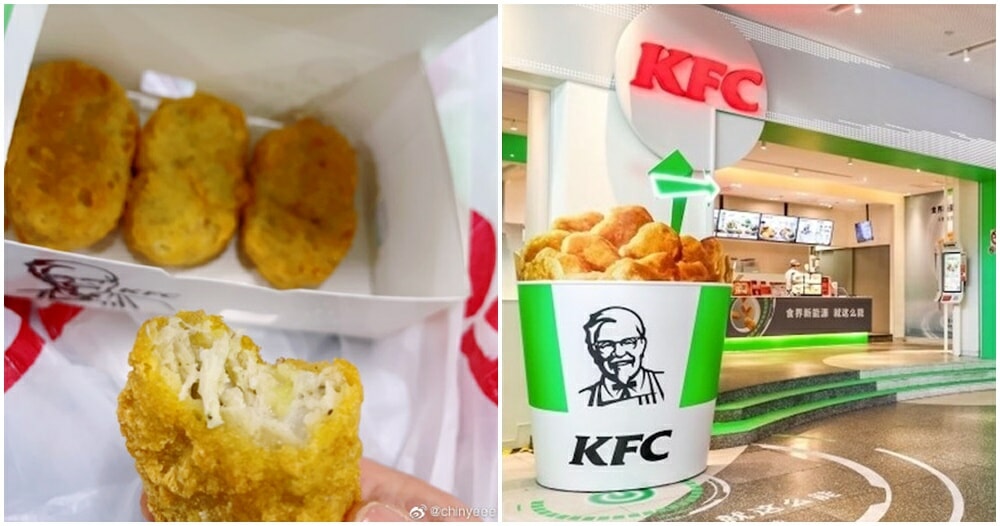 KFC just launched a new item for product trial and we’re actually surprised at how great they look. 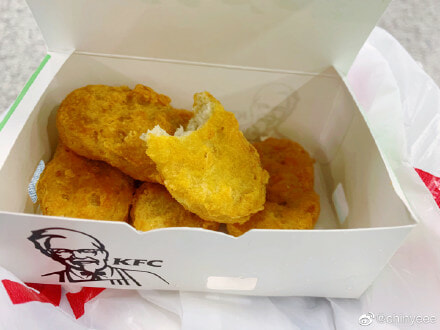 The beloved Colonel fried chicken franchise is taking a green spin on things with their new plant-based chicken nuggets. Yes, you read that correctly. The nuggets have a texture that is similar to that of fish meat and contain bits of water chestnut. They consist of soy, peas and wheat. 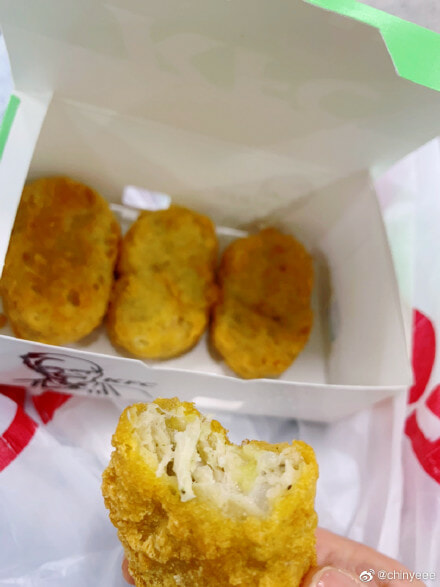 In late April, a few KFC outlets in China offered the plant-based nuggets as part of a product test in Shanghai, Shenzhen and Guangzhou, and for the price of just 1.99 yuan (RM1.20), citizens could enjoy five pieces of these new nugs! 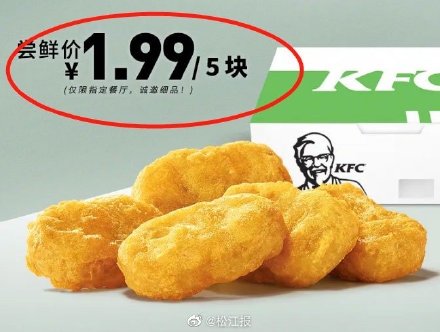 If you think people are crazy for trading in the classic golden chicken nuggets for plant-based ones, think again. This limited menu item is actually extremely high in demand. In fact, customers had to buy presale coupons through KFC’s mobile app before they could even get their hands on the nuggets.

Following reports from Yum China, the coupons were sold out within the first hour of the item’s launch in Shanghai! But it didn’t stop there. A whopping 7,000 coupons for the nuggets were purchased via the app over the next four days. Joey Wat, the CEO of Yum China, said that the demand for plant-based meat has exponentially grown in China: 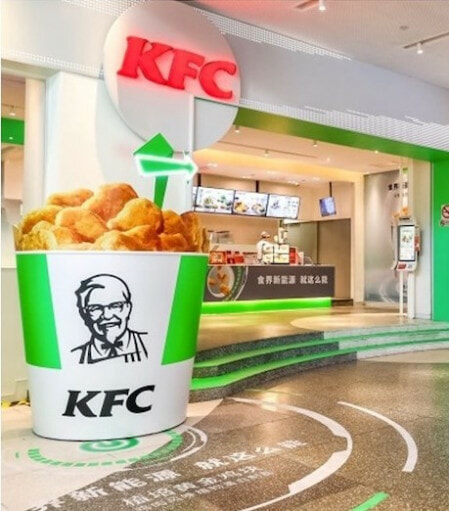 “The test of KFC’s Plant-Based Chicken Nuggets caters to the growing market in China for delicious alternative meat options on the go. We believe that testing the plant-based chicken concept with one of our most iconic products will take this increasingly popular meatless trend to a new level.”

Due to the global impact of Covid-19, many are beginning to develop growing concerns for the consumption of meat products, as said by reports from Businesswire. But it’s not just that. The plant-based meat industry is expected to grow as consumers make the shift to adopting healthier lifestyles and becoming more aware of how mass meat consumption harms the environment.
A report published by Guardian revealed that China’s state health ministry is actually planning to reduce half of its population’s meat consumption by 2010 to reduce a range of issues related to health and environmental emissions from livestock.
Looks like a positive step into the future for KFC! Would you guys try these nuggets? Let us know in the comments.

Also read: The First-Ever Vegan Pig-Free Pork Has Been Created, & This Muslim Girl Reviewed It!