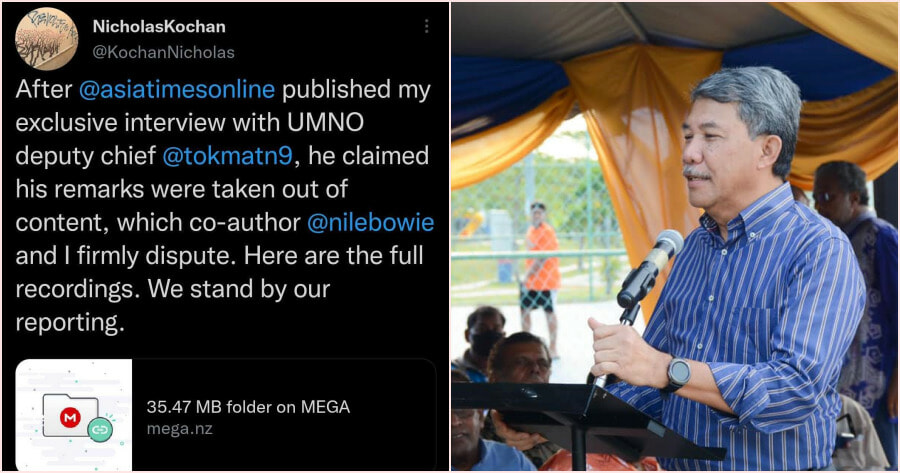 Recently, in an interview with Asia Times, UMNO Deputy Chief Datuk Seri Mohamad Hasan, more popularly known as ”Tok Mat” had allegedly claimed that the root of the nation’s current situation stems from his party’s failure to “tell the truth” about the 1Malaysia Development Berhad (1MDB) financial scandal.

“The court is where you can prove whether you’re innocent or not. He didn’t prove it. He couldn’t prove it,” he said.

“Everybody has to pay their dues. But if we want to pardon, he (Najib) must go through the process. He’ll have to go inside first.”

Following the article’s release, Tok Mat claimed he was misquoted and that it was inaccurate. 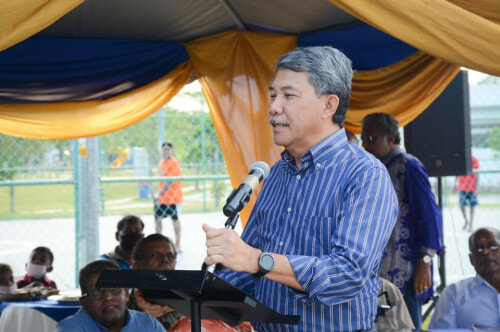 “After Asia Times published my exclusive interview with UMNO deputy chief, he claimed his remarks were taken out of context, which co-author Nile Bowie and I firmly dispute.”

“Here are the full recordings. We stand by our reporting,” he tweeted. Along with the tweet, he attached a three-part audio recording file of the interview. 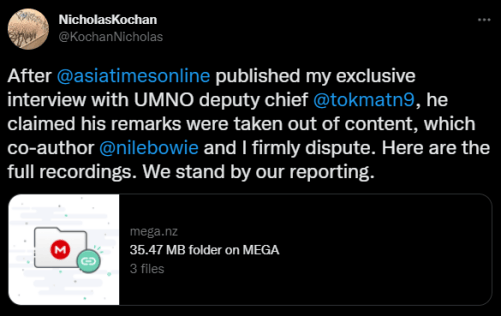 In one of the audio files, Tok Mat could be heard clearly saying, “Of course as a friend, I feel sorry, but everybody has to go… you have to face whatever,” in response to Nicholas asking him if he would be sorry if Najib goes to jail.

“Pay your dues. If we want to pardon, they must go through due process. You have to go inside first. You cannot… You know you can’t pardon him before he… what do you call… the due process? That is wrong. That is absolutely wrong.”

What do you think of this whole issue? Was he actually misquoted? Let us know in the comments. 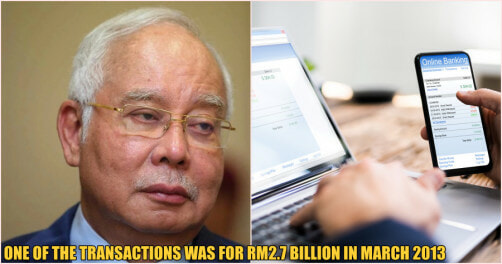