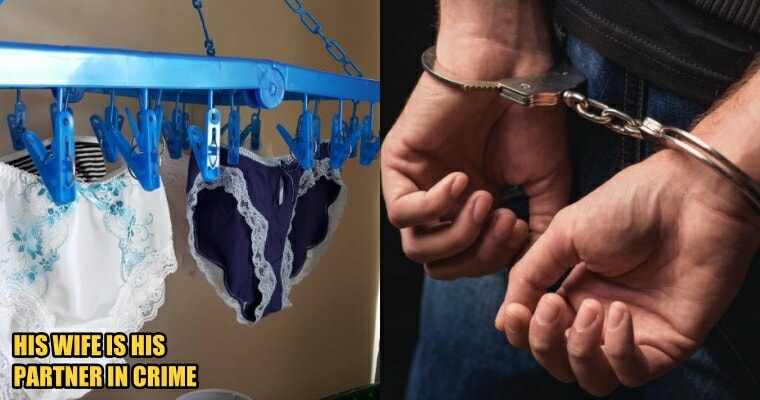 the police are supposed to protect the people, so we’re unsettled (and amused) when a Malaysian cop was caught stealing.

A 28-year-old officer was arrested for breaking into his colleague’s home yesterday (2 August). According to The Star, the victim is a female police corporal who lodged a reported after noticing her home had been broken into at 2:30am.

She noticed unknown sandals prints in her home and bedroom, followed by a few pairs of underwear going missing.

During the arrest, a total of 12 pairs of female panties, two bras, as well as a couple of sandals, were recovered. Apparently, this was not the suspect had been reported by the victim. She also lodged an online sexual harassment report against him last month!

The sandal prints and the sexual harassment report helped the investigators to identify the suspect, as reported on Malay Mail. The victim must’ve felt beyond baffled upon having her own colleague break into her home.

The suspect will be remanded until 5 August while investigations are being carried out.

It’s reported that Kulai police chief Superintendent Tok Beng Yeow had confirmed the arrest and made sure that the police would not compromise even if their own ranks break the law.

Although we don’t know what really happened between the three of them, trespassing and stealing (uh underwear?) are definitely wrong. We hope justice will be served, and that the victim will be able to meet better colleagues from now on. 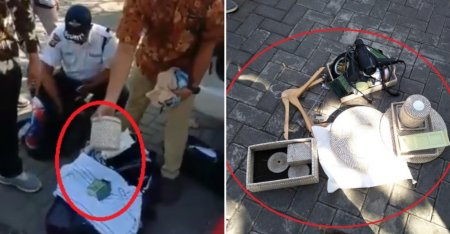