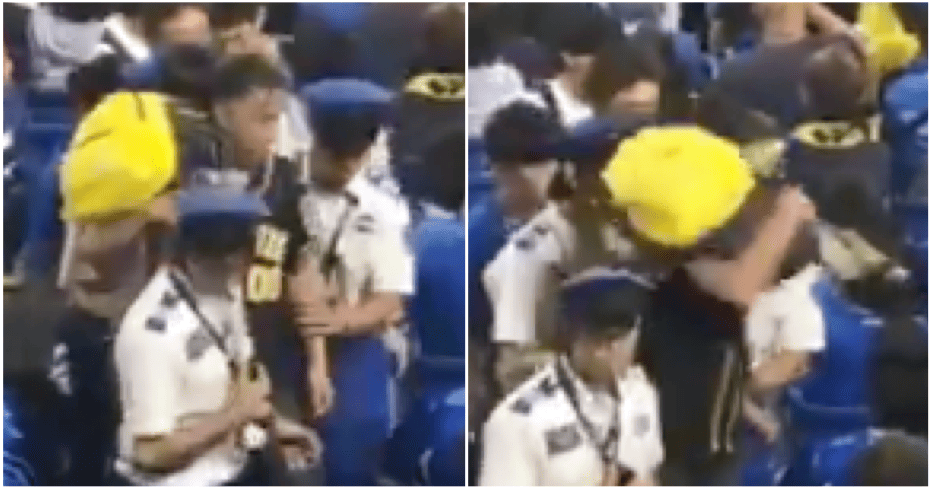 Fans are by far the most important element of any sports events. Without them, there wouldn’t even be a game. And the healthy rivalry between fans of two opposing teams adds colour to the sport.

However, there are instances where fans overreact when provoked or when their team is performing poorly.

A video of a baseball fan in Japan recently went viral when he held his child’s legs and SWUNG him at a rival fan. The poor boy could be seen flailing helplessly under the abuse of his father.

The man was initially being escorted out by security guards when a fight broke out. But before leaving, he threw his son headfirst at a rival fan, with guards only reacting when it’s too late.

According to The Daily Mail, the man got angry after his team, Hanshin Tigers lost 0-4 to Yokohama DeNA BayStarts at the Nippon Professional Baseball clash.

It’s uncertain if any action was taken against the irresponsible dad.

To all the sports fans out there, we know that you can get very passionate about backing your favourite team. But sports is about healthy rivalry and great sportsmanship. Don’t be a sore loser, mkay? 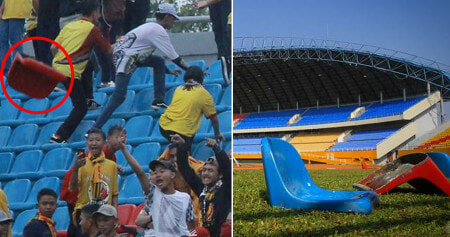