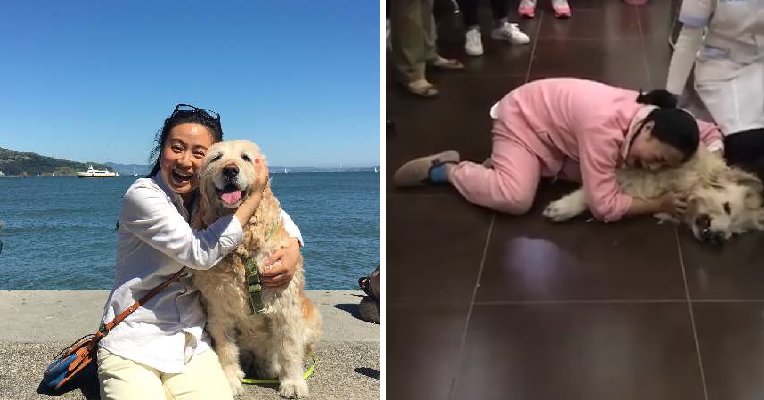 Our pets are our best friends and we treat them like our family members so if anything happens to them we would be absolutely devastated. Recently, pet owners around the world were commiserating with this heartbroken dog owner whose adorable Golden Retriever had been brutally murdered by someone in her neighbourhood. That’s terrible! 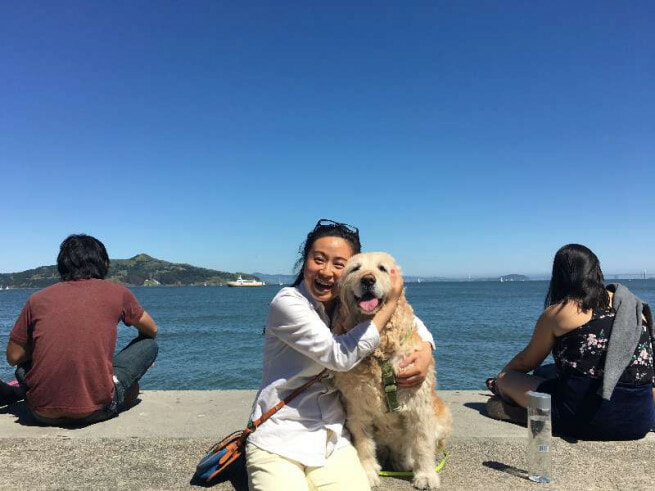 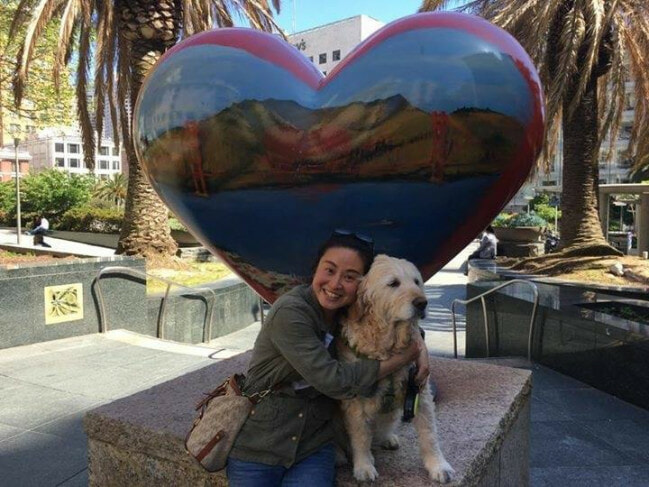 In her post on social media, Zhang Leewen who was living in China shared how her beloved eight-year-old dog, Julie was killed by rat poison that someone had purposely put for her dog to find. Julie had been with Zhang since she was a tiny two-month-old puppy and was authorised in California as her assistance dog.

Zhang had brought her back to Chongqing, China from San Fransisco last year and was planning to move to Europe soon. She was still getting ready for her move and had been living in a more upscale neighbourhood in Yubei as Julie had some heart problems so she thought it would be better for her. 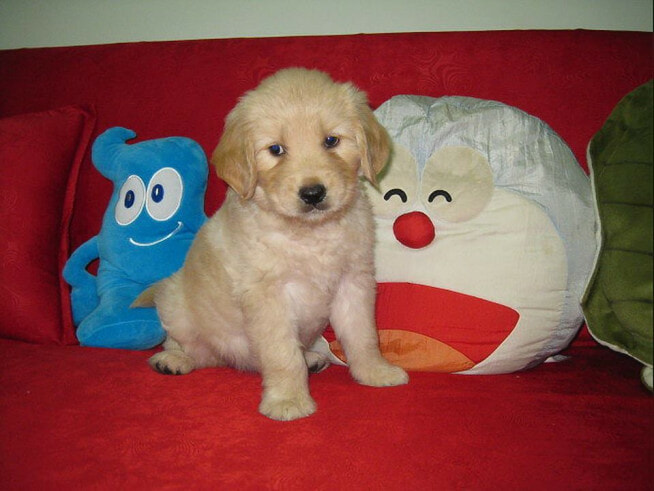 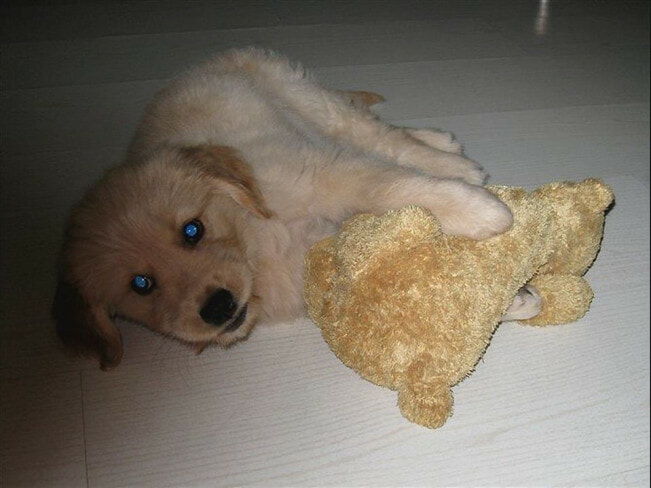 “We’ve moved in to this place for five months. But I have already heard that a lot of people hate dogs here, they cursed the dogs, they even created groups to discuss how to kill dogs. They think that the environment should only be for kids, not for any dogs. I have a neighbour that used to abuse me and threatened me more than four times that he will kill my dog and all the golden retrievers. It got so bad that I had to call the police once.”

“Julie had just passed her eighth birthday and was supposed to go to Europe with me after Chinese New Year. Unfortunately, she died last Sunday. She was killed because evil people had wrapped rat poison into chicken meat and put it on the lawn where Julie loves to play. She ate one little bite and died in a few hours with a lot of pain and suffering. I can never forget her screams, her cries and how hard she fought to survive.” 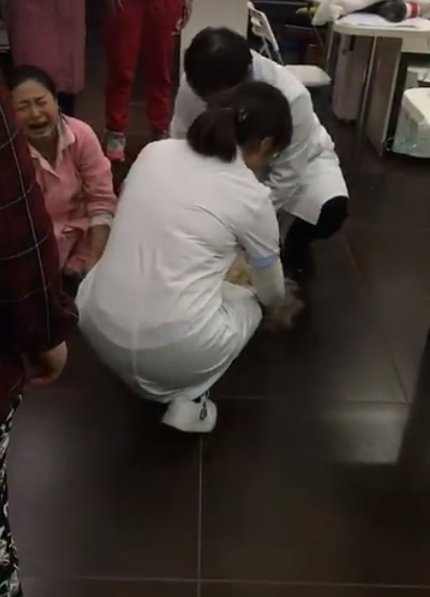 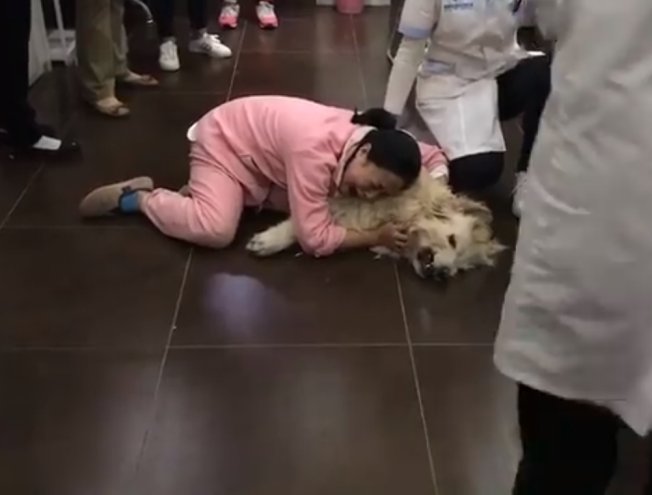 In another post, Zhang explained that Julie passed away while suffering on October 14. She said that she saw Julie eating something on the lawn but she didn’t think anything of it until a few hours later when Julie suddenly began to scream, cry, vomit and poo blood.

The grief-stricken Zhang tried to lodge a police report but she was informed that there were no clear-cut laws protecting animals from abuse. Yes, it’s true! They even told her that hundreds of dogs die from being poisoned every day and they could not do anything to stop it. 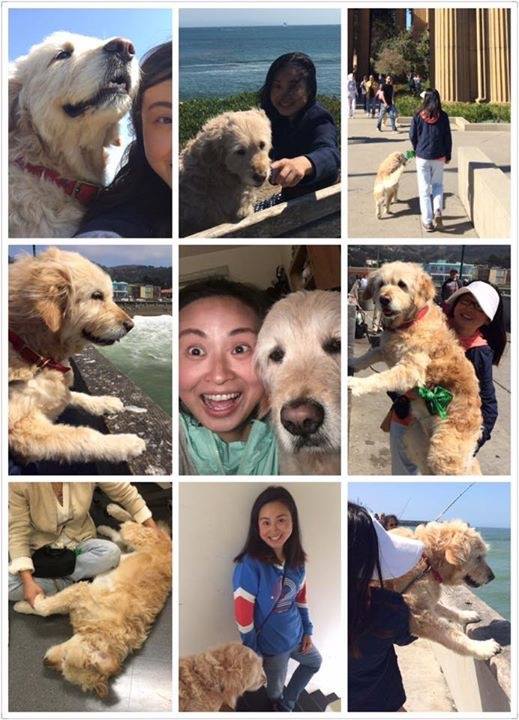 This news shocked Zhang so much that she is now determined to try and make a change for animal rights in China. She said, “There are no animal laws in China now, but it doesn’t mean that there will not be one in the future. Animal lives are fragile but that doesn’t mean anyone can violate and kill them whenever they like. Every life is equal and precious!”

Her post went viral with more than 76,000 shares in just three days and she is currently trying to fight animal protection laws in China and all other countries. In her post, she also included photos of her beloved Julie as well as videos of Julie’s last moments, which is seriously heartbreaking to watch. Most of the netizens were supportive of her in this time of mourning and condemned the killer for heartlessly murdering an innocent dog.

Also read: Stray Dogs in Shah Alam Are Being Poisoned to Death and Their Limbs Chopped Off 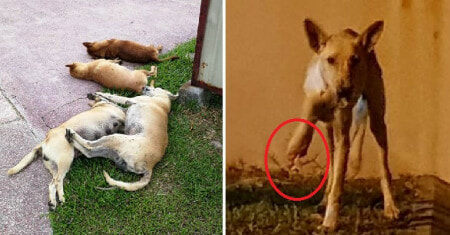