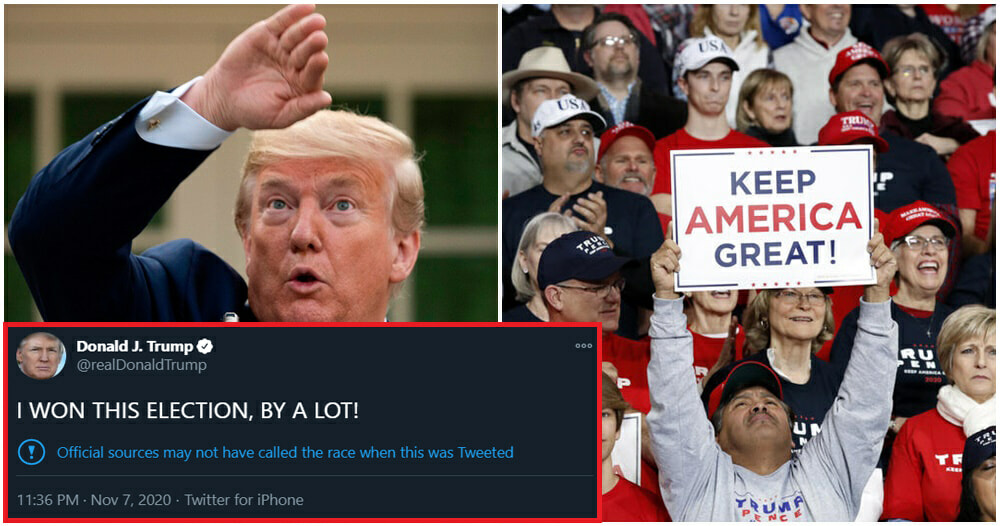 Just moments before Joe Biden was named the 46th President of the United States of America, Republican candidate and soon-to-be former President Donald Trump took to Twitter to claim, “I won this election by a lot!”.

I WON THIS ELECTION, BY A LOT!

The bold claim was cautioned by Twitter with the warning, “Official sources may not have called the race when this was tweeted.” Trump has since released an official statement claiming that the race isn’t over. Starting Monday, the Republican candidate will be taking the case to court “to ensure election laws are fully upheld and the rightful winner is seated, as reported by PBS White House Correspondent, Yamiche Alcindor.

Trump is on a golf course and has released a statement claiming race isn’t over. He says, “Beginning Monday, our campaign will start prosecuting our case in court to ensure election laws are fully upheld and the rightful winner is seated.”

Previously, Trump declared his “victory” prematurely on Twitter with no clear winner in sight and insisted that votes should be stopped from being counted even though the ballots of millions of Americans had yet to be tallied. He vowed to go to the Supreme Court to secure re-election if he lost the presidential race. Trump has very clearly indicated that he will not concede.

I will be making a statement tonight. A big WIN!

After what seemed like a neck-in-neck race between Trump and Biden for the US elections in what seemed like the longest wait, it was finally announced today (8 November) that Republican candidate, Donald Trump lost the presidential race against Democrat candidate, Joe Biden.

Biden’s lead was called by news portals like AP, CNN, NBC News and CBS News after the Democrat candidate projected he had won the major decisive state of Pennsylvania, said a report from CNA. 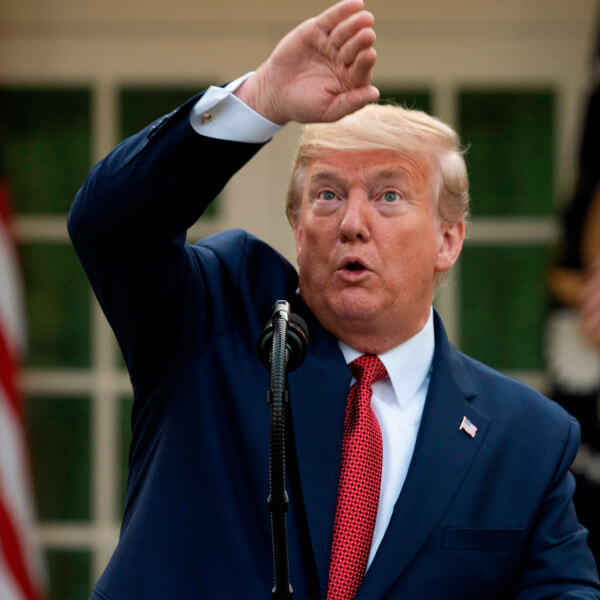 Three-quarters of all voters said they knew who they supported all along despite months of debate between the two presidential candidates, said sources from the Associated Press. Many citizens based their vote on their opinion of Trump, either for or against the controversial world leader.

Trump only survived as one term as president, assisted by Vice President, Mike Pence. President Trump won based on majority support from electoral votes in the following states: 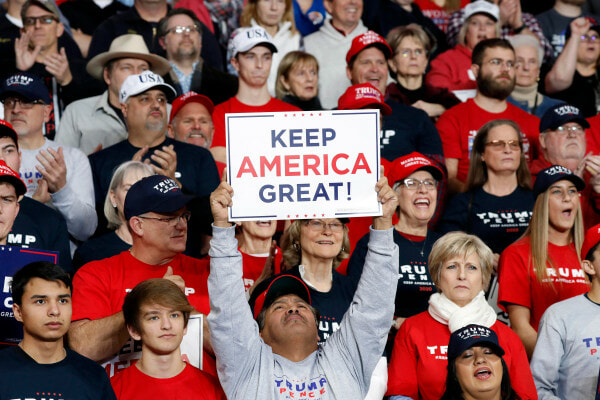 Currently, the Republicans hold the lead for seats in the Senate with 48 seats as compared to the 46 seats won by the Democrats. As for the House of Representatives, the Democrats are leading with 213 seats against the Republican’s 195.

After winning the 2016 elections, Trump secured the title of 45th U.S. President. Since then, the President has faced much criticism, especially in his handling of the current Covid-19 crisis. While Biden was trusted as the candidate better equipped to lead the country out of this pandemic, support for Trump edged out his competition on the question of who would be better at rebuilding America’s economy. 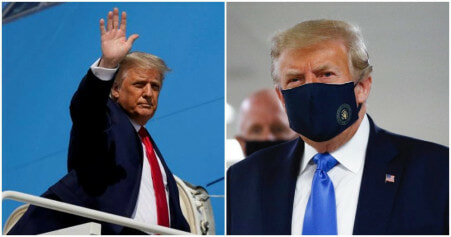