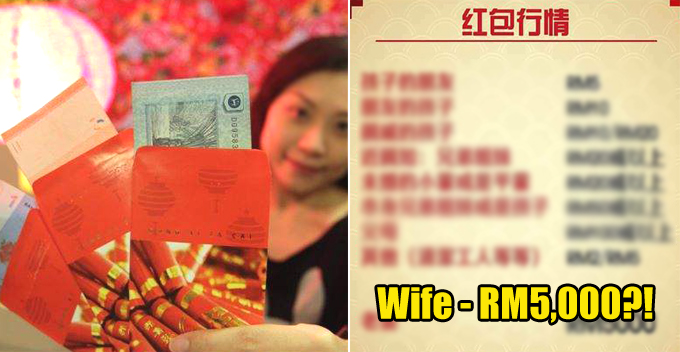 One of the things that newly wed couples dread during Chinese New Year is that they have to start giving out ang paos to their younger cousins and neighbours’ kids. Broke weyh!

Since it’s their first time practising this tradition, many have little or no idea about the ‘market price’ of how much to give in an ang pao packet, and this is where a recently viral picture comes in handy.

A detailed guideline of the ang pao market price has been circulating on social media, which helps you decide how much you should put in the packet based on the recipient’s relation to you. 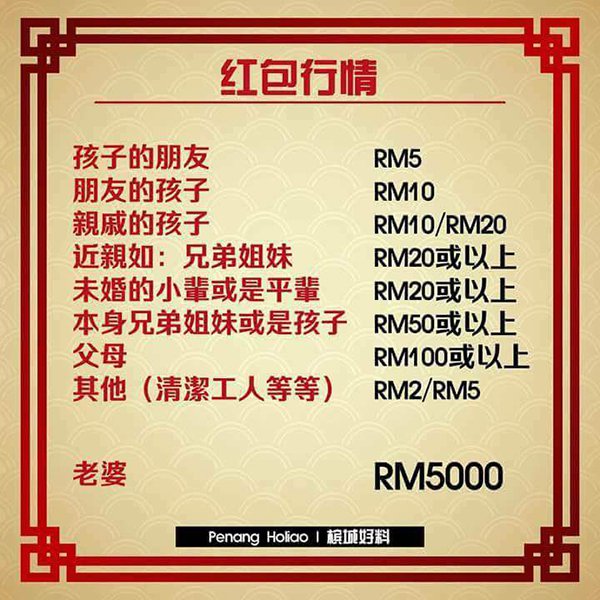 Here’s the brief translation of the proposed rate.

What about for your wife?

Well, the person who created this guideline saved the best for last.

Apparently, the ang pao given to your wife should contain at least RM5,000!

Not a penny less!

However, netizens weren’t amused by the guideline as many felt that it’s the thought that counts, and not the money enclosed in the packet.

“An ang pao carries the blessings and well wishes of an elder towards the children. Not everything in this society has to be about money,” a netizen commented.

“So what if the money in your ang pao is different from the ‘market value’? The amount should be based on your financial situation. In my opinion, what’s most important is that everyone can get together and have a good time!” another Facebook user commented.

Obviously this guideline is not meant to be taken seriously, but still, we’d like to know what you think of it! Do you agree with this market value given the current economy in our country? 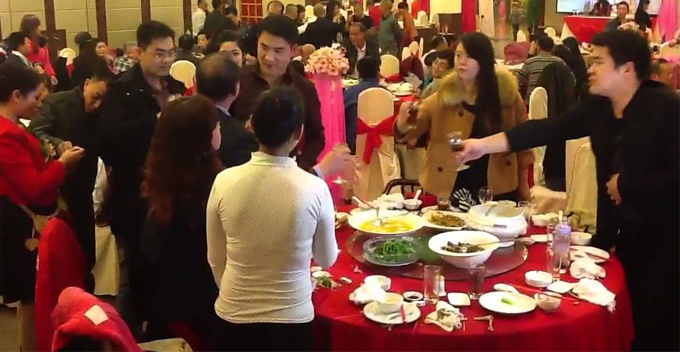