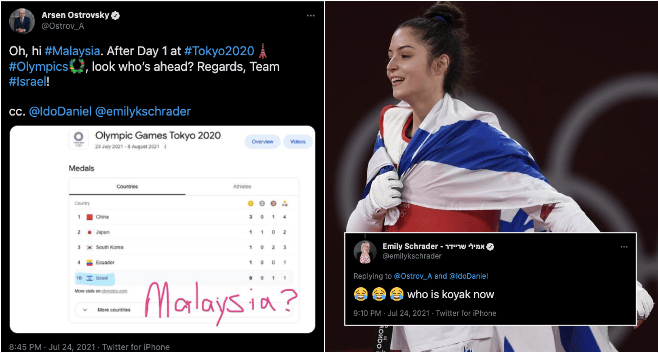 It is common knowledge that Malaysia does not have good relations with the state of Israel. The Zionist-controlled country and its atrocities committed against Palestinians make Malaysians extremely unhappy with Israel.

Tensions between Malaysia and Israel became more serious when Israel chose to launch an attack on Gaza around last May, where Malaysians joined forces to launch a cyberwar on the state of Israel, making Israelis quiver with the criticism received.

Recently, an Israeli activist seemed to want to ‘fight’ with Malaysian netizens again when he proudly made fun of Malaysia after Israel won a bronze medal in women’s taekwondo under 49kg at the Tokyo 2020 Olympic Games. Ironically, the comparison came only one day after the 2020 Olympic Games took place.

The direct mockery of Malaysia seems to prove that they are not happy with the attacks received from our netizens before. The tweet has attracted the attention of Malaysians who wasted no time retaliating. To be clear, at the 2016 Rio Olympic Games, Malaysia was 60th while Israel was in 77th place.

Although another activist replied to the tweet provoking Malaysia to the one who is ‘koyak’, the reality is, the ‘koyak’ one here is the guy that thinks bashing Malaysia after day one of the games is a good idea. 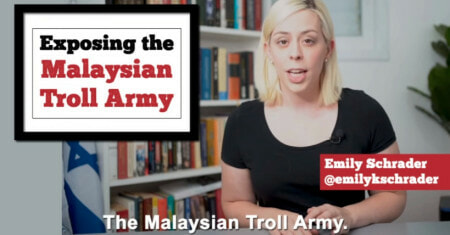