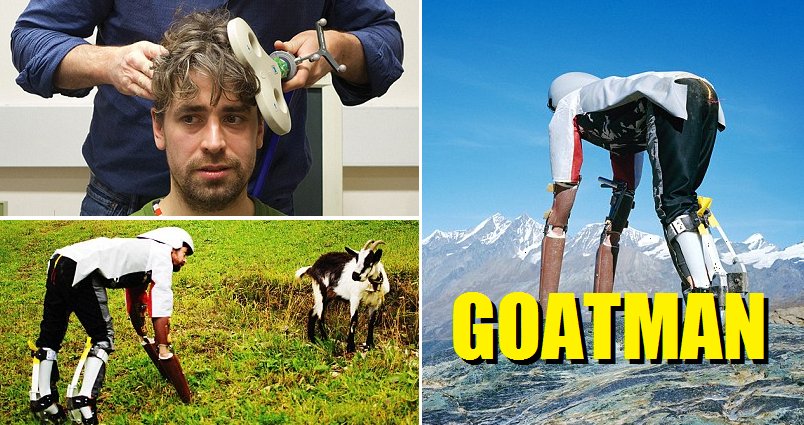 35 year old Thomas Thwaites gave up his life in London after being fed up with the stressful everyday life. Instead he chose to become a goat. Yes, a goat in Switzerland.

“When I first had the idea a lot of people called me crazy, but I was fed up with my life anyway and I needed a break. I was jobless and I had a lot of personal problems, and I found everyday life so stressful.’

One day I was walking with the dog of a friend and I noticed that the dog just seemed really happy about life, without any worries, and I thought to myself it would be really great to be you for a day.” he said. 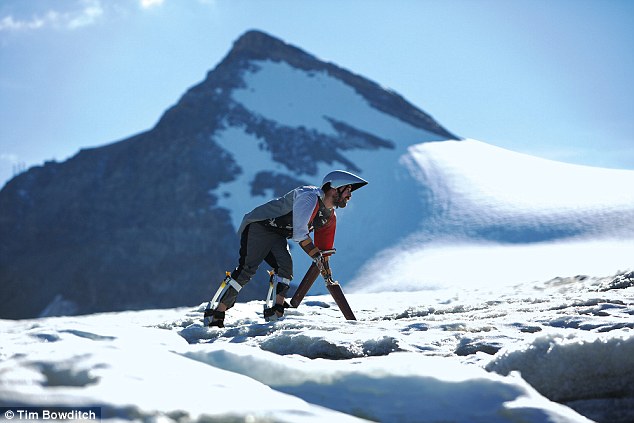 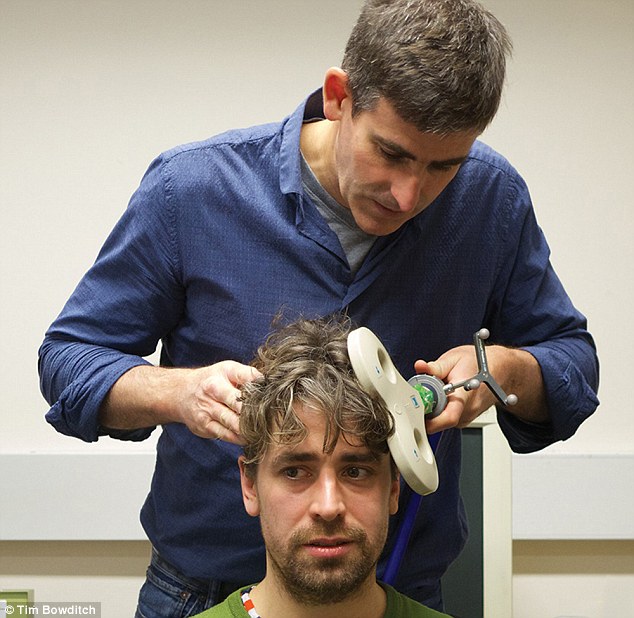 Thomas being fitted with a special helmet to disguise him as a goat.

Thomas applied to study goat psychology and found a goatherd in Switzerland who was willing to tolerate Thomas living amongst his goats.

He took about a year creating his prosthetic goat legs so he could roam the Swiss Alps comfortably on all fours and even had a fake goat’s stomach created that would be strapped onto his waist to help him spit chew the grass for be eaten just like how goats would.

“I suffered quite a lot as a goat, because of the slope I was constantly falling over, and of course I had to eat grass.” 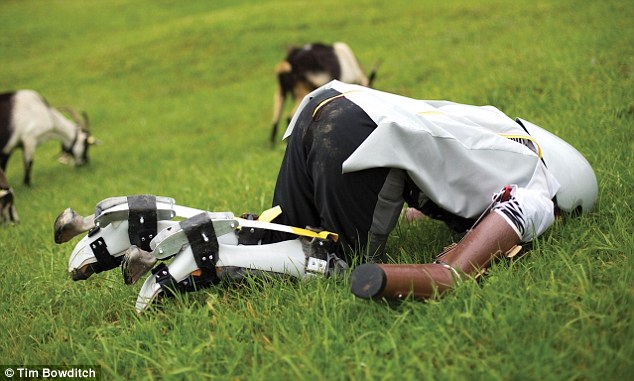 “Also the goats didn’t seem to like me very much, sometimes I thought they were really going to try and attack me. And they have particularly dangerous horns.

But I later realised that they were just letting me know there was a hierarchy, and I should know my place.” 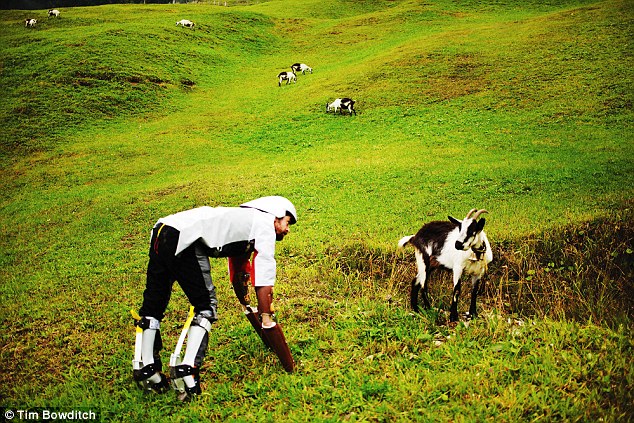 “The best moment was when one of the goats suddenly decided she was going to be my friend, and she just followed me everywhere.

“She would muzzle me with her nose and like to have me close. The goatherd told me at the end that the herd had accepted me as one of their number – it was a great feeling.” 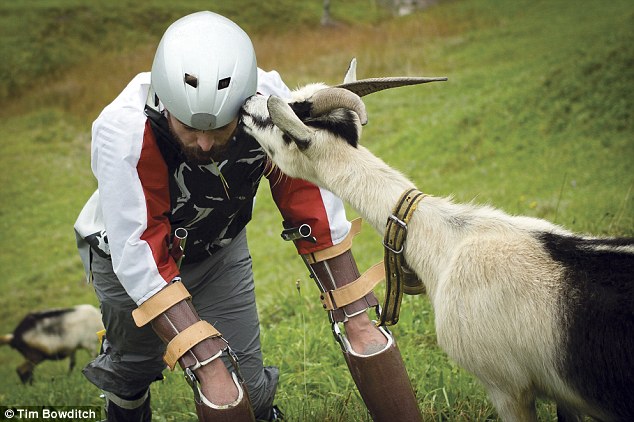 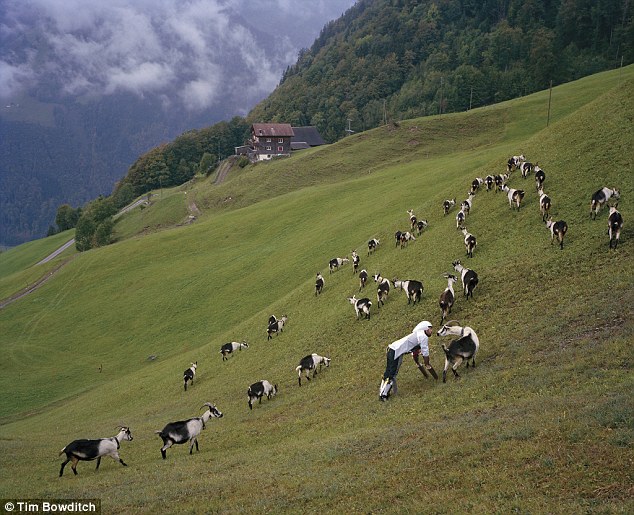 Thomas being one with the goats – roaming with the herd along their summer pasture.

After spending 3 days among the herd, he then lived another 3 days alone as a goat.

“I learned something important, and that is that even goats have a hard life and need to fight for their existence. Every day was tough, and that is something that just is part of being alive.” 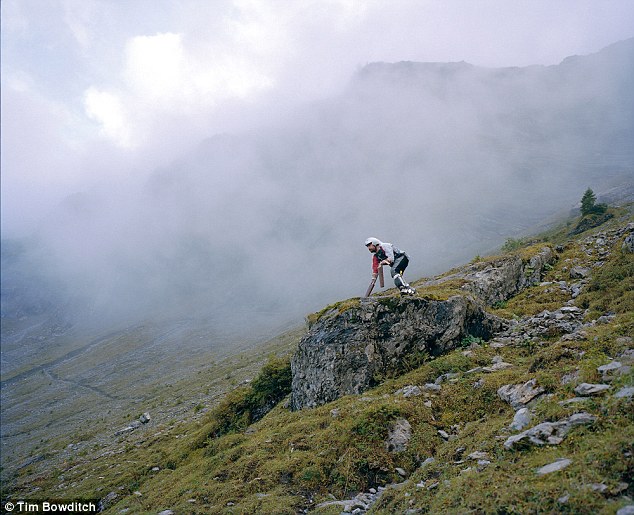 “The one other thing I reckon I found is that goats are better people. They live much more in the moment than we do, and show us that we really do need to learn to be a bit more relaxed about life.”

After his very umm, unique experience, he wrote them all down in his book.

For ya’ll out there who wants to know how it is to live like a human goat, his book is titled GoatMan: How I Took a Holiday from Being Human by the way.

I don’t know about you but I think that’s enough internet for the day.