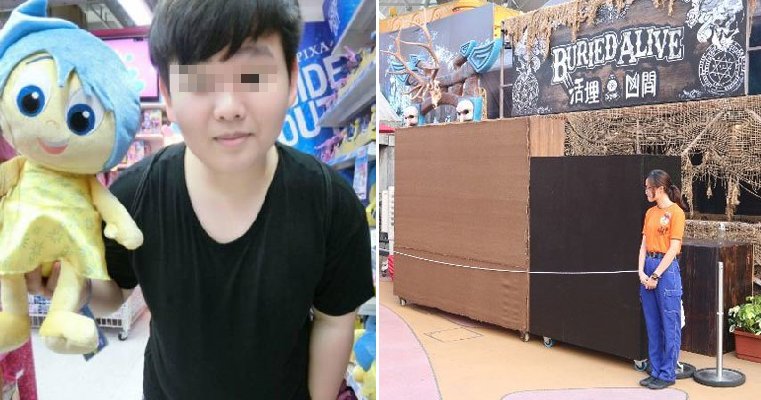 It was supposed to be a fun-filled day out for this young man and a group of friends in Hong Kong’s famed Ocean park but it turned out to have a tragic ending. Cheung, a 21-year-old man from Hong Kong tragically died in an accident at Hong Kong’s Ocean Park on September 16 after entering the haunted house experience. That’s so sad! 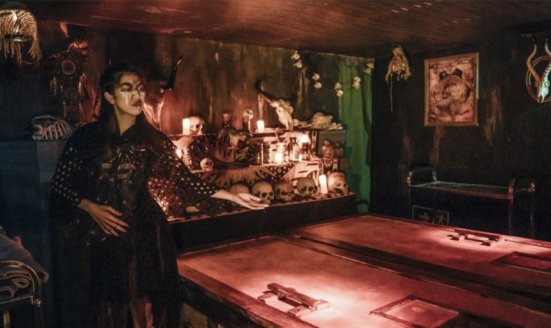 According to SCMP, Cheung was there for an annual company event and had been at the park with his friends and girlfriend when they decided to enter the Halloween-themed haunted house called Buried Alive. Participants in the game had to enter a maze by getting into a fake coffin which would then slide them down into a room.

After exiting the coffin, they would need to find their way out of the maze alone or they may bump into their friends along the way. It appears that when the fake coffin with Cheung in it slid down, he had exited wrongly and went to an area that was closed to the guests. 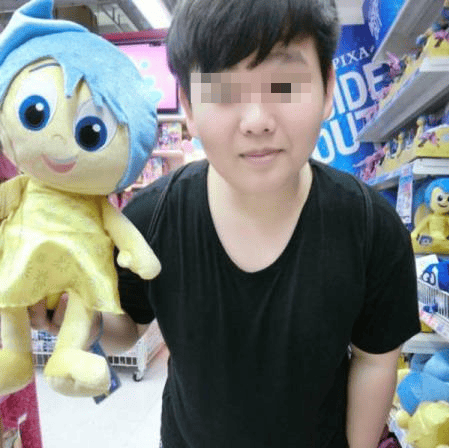 Eva Au Yeung Yee-wah, the park’s director of events and entertainment said he was found at “a place for our staff to carry out some maintenance work.” Just five minutes after entering the haunted house, he was allegedly hit by “moving parts of the slide”. These parts were believed to be from the fake coffin which landed right on his head.

Blood immediately started spurting out from his head injury and he lost consciousness after that. He was found and resuscitated temporarily when they rushed him to the hospital around 2.00pm. Sadly, he slipped into a coma and was pronounced dead at Ruttonjee Hospital. 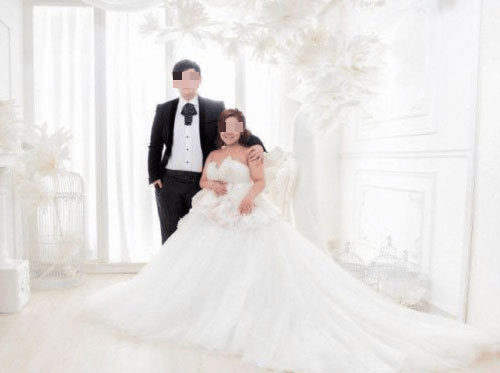 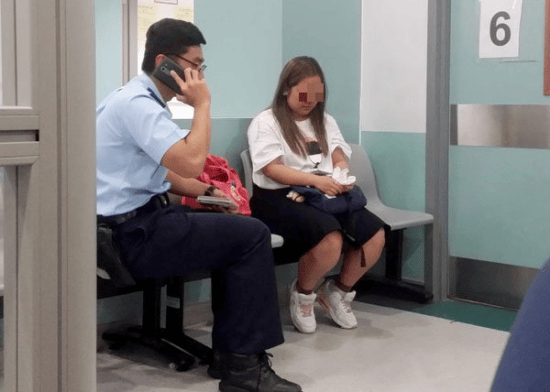 His girlfriend, who had went with him to the park was inconsolable in the hospital and it’s said that the couple were getting ready to married. The haunted house attraction will only be open to the public on October 5 but had allowed corporate events to take place before that.

The attraction is now closed for investigation by the the Electrical and Mechanical Services Department and the police. Ocean Park held a press conference and the spokesman said that “they were deeply saddened by the incident and would address the needs of Cheung’s family.”

RTHK reported that Todd Hougland, executive director for operation and entertainment said, “We will get to the bottom of the exact cause, and ensure that this particular attraction as well as all others are maintained and operated at the highest level of safety. We’ll have to go through and investigate, and do a thorough review.”

Our condolences to the family of the victim. RIP, Cheung. 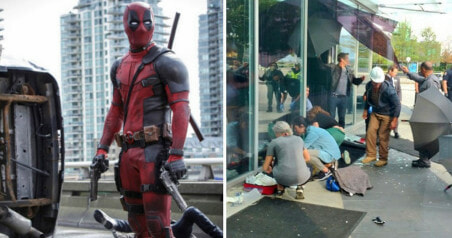