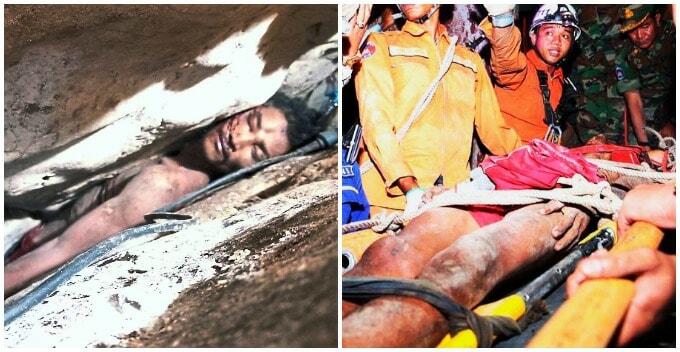 The profession of collecting bat droppings is a perilous one, and for this Cambodian man, nearly everything that could go wrong had gone wrong as he was wedged between rocks in a jungle. The trapped man, fortunately, was saved four days later on Wednesday (7th August 2019), reported The Star.

According to the police, Sum Bora, 28, fell into a small rocky hollow in the Chaky mountain jungle as he was trying to retrieve his flashlight on Sunday.

These bat droppings, or commonly known as guano, are used as fertilizer and are sold for supplementary income. This is usually done by poor farmers, who sometimes try to attract bats to their property. 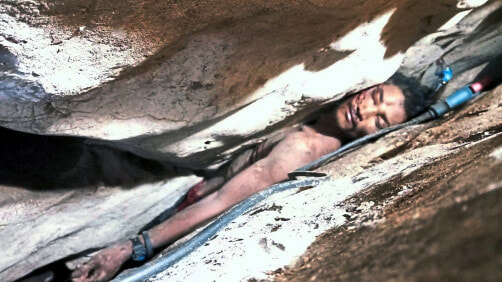 The unfortunate man was later found by his brother who then alerted the authorities of his location in the Chakry mountain jungle in the northwestern province of Battambang.

The rescue operation took 200 workers to carefully free the trapped man by destroying bits and pieces of the rocks that wedged him. Police Major Sareth Visen said that the effort took about 10 hours to finally free Sum, at about 6 pm.

Once released, Sum could be seen looking extremely weak and was taken to a  provincial hospital, stated the police official. 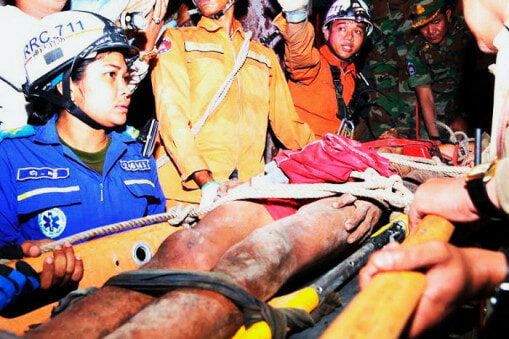 The group is also distinguished in rescue efforts. One of the cases they have intervened in is when a seven-story building collapsed in June in the southern city of Sihanoukville, killing 24 people.

According to a United Nations Development Programme report last year, Cambodia is one of the poorest countries in the world, with 35% of its 15.2 million people living in poverty.

We truly hope that the man will have a speedy recovery and kudos to the rescuers!

Also read: M’sian Doctor Who Was Stranded In The Himalayas For 2 Nights Dies In Hospital 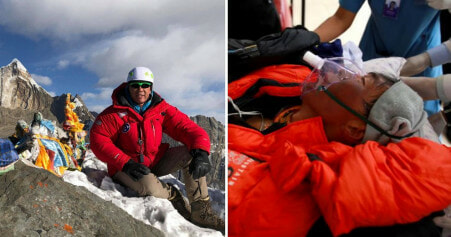