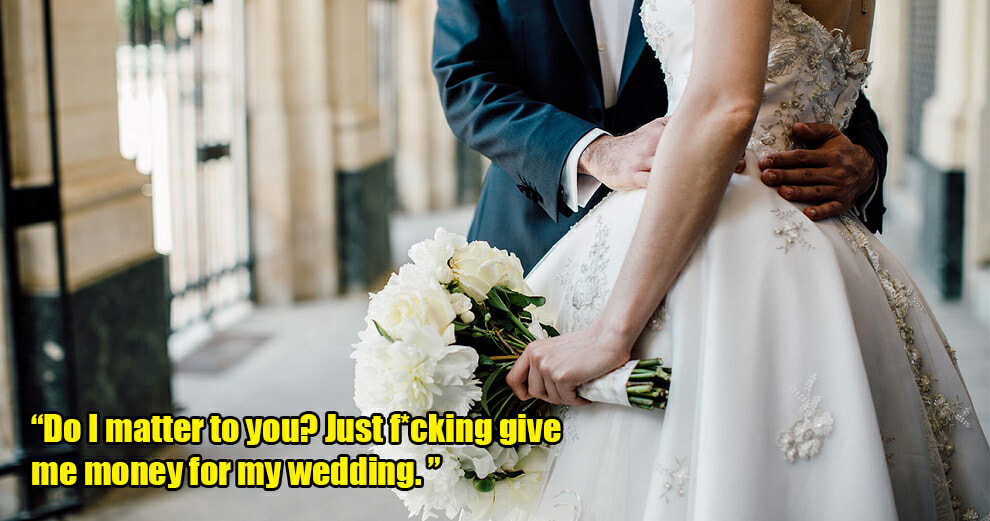 Weddings are supposed to be one of the happiest occasions for any couple, and we’re sure everyone has their own dream wedding in mind. However, while most of us might not have the cash to have the perfect wedding, many people compromise. As long as you’re surrounded by the people you love, it should be the greatest day of your life, right?

However, this bride from Canada was so hellbent on getting the ultimate blow out wedding that she ended up severely distressed and alienated from her (now ex) fiancé, friends, and family. 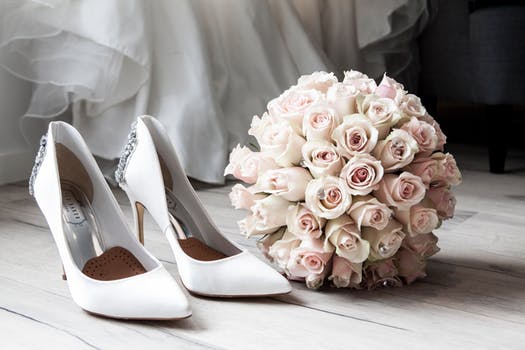 The bride, simply known as Susan, took to Facebook to announce in a lengthy post that the wedding had been called off just four days before the ceremony. In the post, she explained the reason behind the sudden cancellation.

The post ended up garnering a lot of attention when screenshots of it were posted on a “wedding shaming” group on Facebook (yes, that’s an actual gr0up that exists) and began to circulate on Twitter as well.

In her post, Susan explained that she had broken up with her fiancé and that she would be deleting her Facebook to avoid the toxic people in her life.

She had met her fiancé at age 14, got engaged at 18, and had a son at 20, all while working and furthering her studies together with him. She wrote,

“He put a ring on my finger at 18, worth nearly CAD$5,000 (approx. RM15,800). We both chose to attend the same community college and work full time together in order to build our dream.” 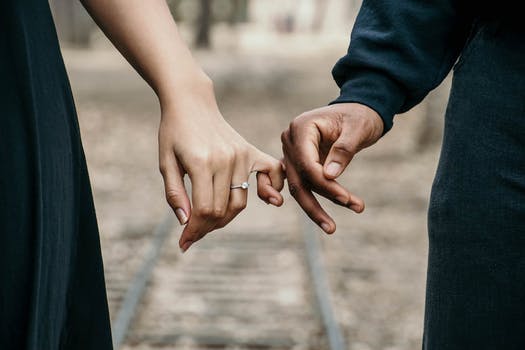 “Fast forward a few years, I was 20. I realised I was pregnant with my first. We were elated, tearful, and thankful to God for this gift.”

Shortly after having their son, Susan and her fiancé began working more and managed to save up nearly CAD$15,000 (approx. RM47,464) for a wedding.

“Since our love was like a fairytale, we wanted an extravagant blow out wedding, one where our son could be included. We started touring venues and were torn between two. A local psychic told us to go with the more expensive option, and we thought why the hell not? We just needed a little push.”

“Our dream wedding amounted to CAD$60,000 (approx. RM189,858) – all included with flights to Aruba. All we asked was for a little help from our friends and family to make it happen.”

Susan emphasised to her wedding guests that she wanted cash gifts.

“How could we have our wedding that we dreamed of without proper funding? We’d sacrificed so much and only asked each guest for around CAD$1,500 (approx. RM4,746).” 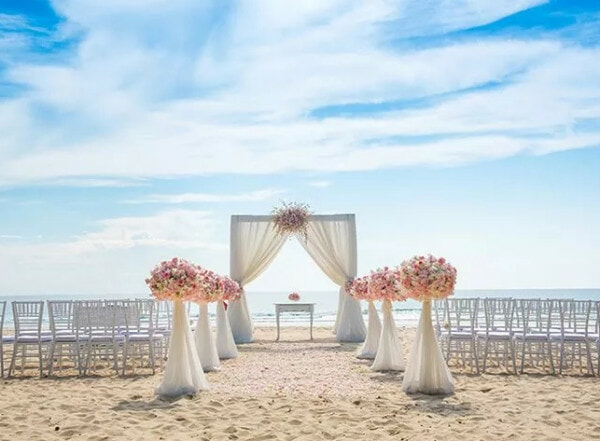 She claimed that some guests even pledged to give more money to help out, with her maid of honour pledging to give CAD$5,000 (approx. RM15,821) along with her planning services.

“We made it clear. If you couldn’t contibute, you weren’t invited to our exclusive wedding. It’s a once in a lifetime party.”

After sending out their RSVPs, only eight people responded and contributed. On top of that, her fiancé’s family and even Susan’s maid of honour took back their previous offer of CAD$3,000 one month before the wedding.

The couple then re-sent their invites, pleading with their guests to donate enough money so that their wedding couldn’t be cancelled. Out of desperation, they even set up a GoFundMe page, but only managed to collect CAD$250 (approx. RM791).

“At this point, we were exhausted. I yelled at my ex; I became unravelled. I realised my dream wedding was becoming a nightmare. Then it got worse.”

“My ex came into the room and offered to get a Vegas wedding done. I laughed in his face, but he was dead serious. He wanted those cheap, raggedy, filthy, wh*re-like Vegas weddings. I called my maid of honour and cried my eyes out. Instead of sympathy, I was told that I was asking for way too much and should stick to my budget.”

“No words can describe (this). How can someone who offered me thousands of f*cking dollars then deny me my promised money and then tell me to shift down my budget?”

“I just wanted to be a Kardashian for a day and then live my life like normal. I called her a filthy f*cking poor excuse of a friend and hung up.” 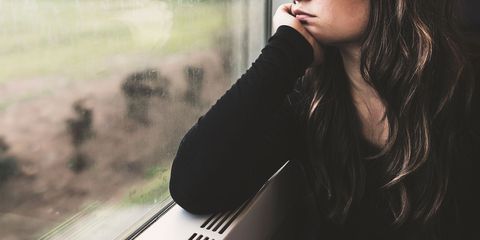 Soon after that, Susan’s maid of honour blocked her on social media, and soon, her other bridesmaids began distancing themselves from her.

“They asked for their deposit back, so I said f*ck you. I refuse to give it back until they can pay me back for the emotional distress.”

Soon, Susan claimed her fiancé began talking to her maid of honour, calling her stuck up. The two of them then broke things off with each other, but remain amicable for the sake of their son. She ended her post saying,

“Do I matter to you? Just f*cking give me money for my wedding. I won’t even sugarcoat. I won’t even pretend that’s not what I wanted. It was for a dream. I was nabbed, cheated on.”

In her post, Susan added that she would be gone from social media for two months, and would be out backpacking in South America for two months to rediscover herself and rid herself of the “toxic energy brought on by friends and family”.

Needless to say, the post got a surge of reactions from social media users all over the world, many of them saying that the fiancé dodged a bullet, while others wondered who was going to take care of her son when she goes for her two-month backpacking trip.

What do you think of this bride’s post? Do you feel her pain or does she need a reality check? Let us know in the comments below!

Also read: M’sian Couple Gets Backlash for Planning Simple Wedding Based on Their Savings 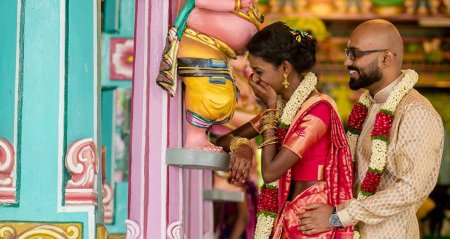