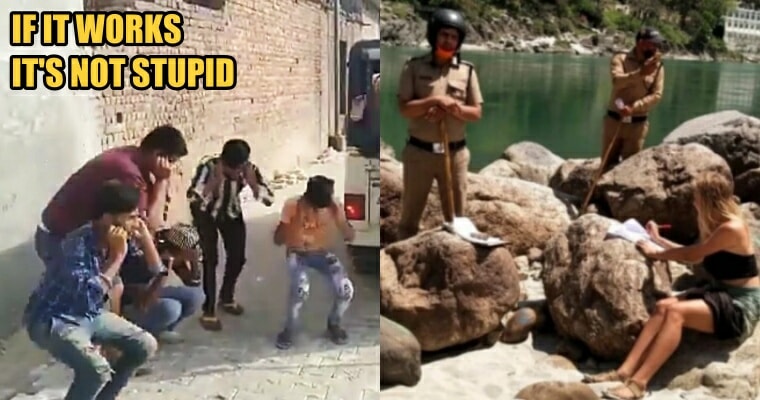 We’ve seen how Malaysia punishes the people who breach the protective measures during the Movement Control Order, fines have been issued and offenders have been sentenced to jail. You know, the usual.

We thought other countries would apply similar punishments for the offenders who do not comply with their respective lockdown measures, but apparently India has been making the headlines for their creative punishments.

Earlier this week, it was reported that 10 foreigners who breached the Covid-19 lockdown in an Indian town were forced to repent by writing “I am so sorry” for a total of 500 times, according to South China Morning Post.

The nationwide lockdown was imposed at the end of March and citizens were only allowed to leave their homes for essential services like purchasing groceries and medicine.

These travellers from Austria, Israel, Mexico and Australia were caught taking a walk in northern India’s Rishikesh. The punishment? Each of them had to write “I did not follow the rules of lockdown so I am so sorry” for 500 times, according to the local police Vinod Sharma. 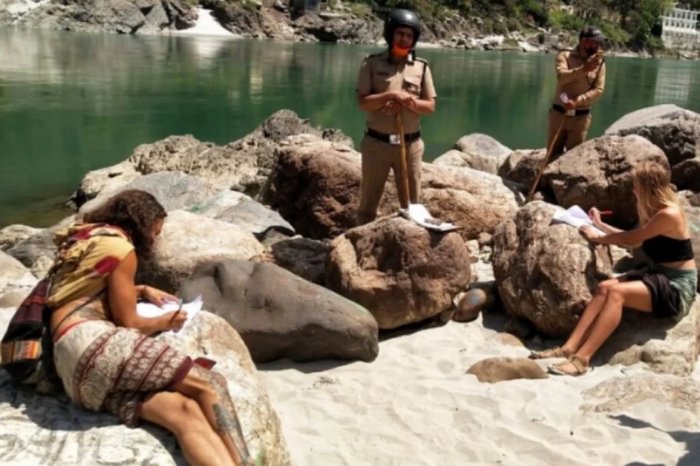 Apparently, more than 700 foreign tourists from the United States, Australia, Mexico and Israel staying in the area had flouted the country’s lockdown rules, and the “unusual punishment” was handed out to them as a lesson.

If you think this is “unusual” enough, wait till you look at other hilarious punishments India had given to the offenders who flouted the lockdown.

When you go out in Lockdown This treatment we are getting from Police in India.. Stay home stay Safe. pic.twitter.com/ehbO4FQlc2

2. Offenders were forced to pull their ears while doing deep squats while they were being supervised by the police.

Doesn’t this trigger a flashback for us who got punished the same way back in primary school?!

3. Other than the old-school punishment that involves ear-pulling and beating, these people were told to do pushups and squats!

In India, police are beating people who are disobeying the lockdown with batons and making them do pushups and squats #coronavirus [images via @Reuters] pic.twitter.com/0mBFfRiUlk

Now, here’s why the country has been using various ways to punish its people. Despite the fact that they were being banned from going outside, hundreds of people could still be seen flocking the markets in major Indian cities like Delhi, Kolkata and Mumbai. They were queueing up close to each other, as well as hurdling in crowds to shop for fruits and vegetables, according to National Post. 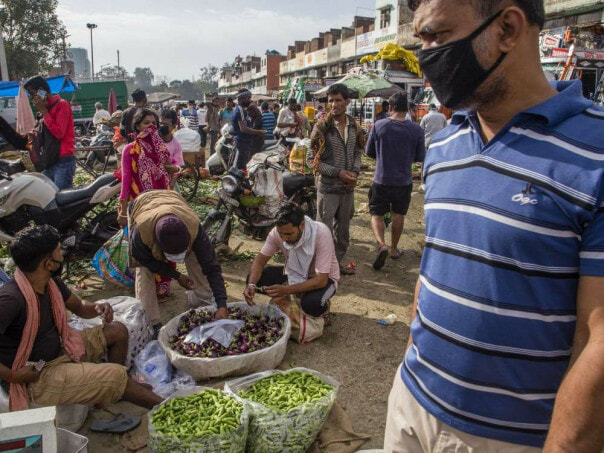 To prevent the citizens from getting too close to each other, the authorities in India were seen drawing circles on the ground for people to stand in. This practical idea was meant to force people to practise social distancing.

We don’t know if those punishments actually work, but we totally get how the authorities are trying their best to make people comply with the lockdown measures. It’s amusing to see how the nation is giving practical punishments that we can relate to!