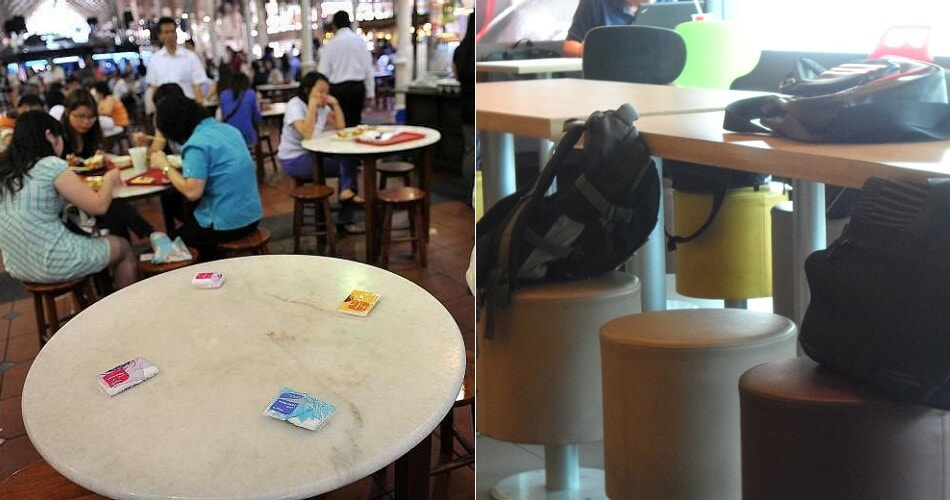 The chup culture is quite common in countries like Malaysia and Singapore; it’s a culture where people would use things like bags or even books to reserve seats for other people.

Most of us are cool with this practice because we are used to it but one exchange student from Germany was shocked to learn about the chup culture when he/she experienced it for the first time in Singapore.

The student shared the particular experience on the NUS (National University of Singapore) confession page called NUSWhispers. In the post, the student wrote that the chup culture appears to be quite a selfish practice. Selfish, meh?

Not only that, the student says that although they wanted to make friends in Singapore, it looks rather difficult as Singaporeans seem “cold and unfriendly”. You can read the student’s experience here:

I am an exchange student from Germany. I always thought I would make some Singapore friends while I am here, but…

Soon after the student posted the confession, it garnered a lot of attention from followers of NUSWhispers. They had a lot to weigh in regards to the chup culture and the exchange student’s experience with it.

That said, most of their responses seemed a little neutral towards the chup culture as they suggested that the student probably needs more time to adjust to the Singaporean culture.

Some netizens even recommended that the student should do the same thing and chup tables which they would like to use for themselves. 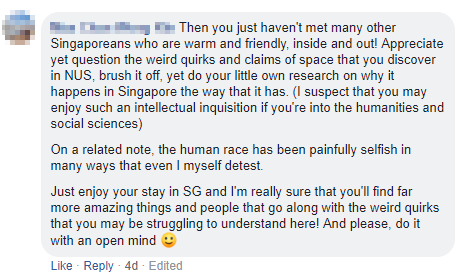 Meanwhile, some of them suggested that the student could just ask to use the space if they see that someone else had chup the place with their belongings. True. 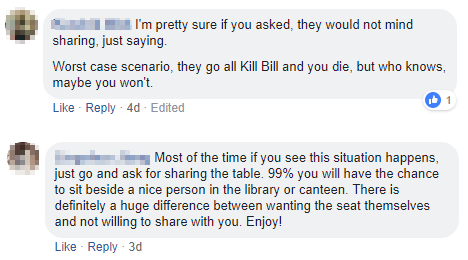 It will always be a culture shock when a foreigner goes to a strange country. Maybe the German exchange student just needs a little more time to become familiar with Singaporean culture!

Having said that, what’s your take on the chup culture? Do you think it’s selfish or are you cool with it? Let us know in the comments below! 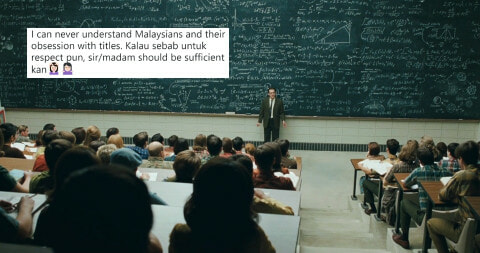