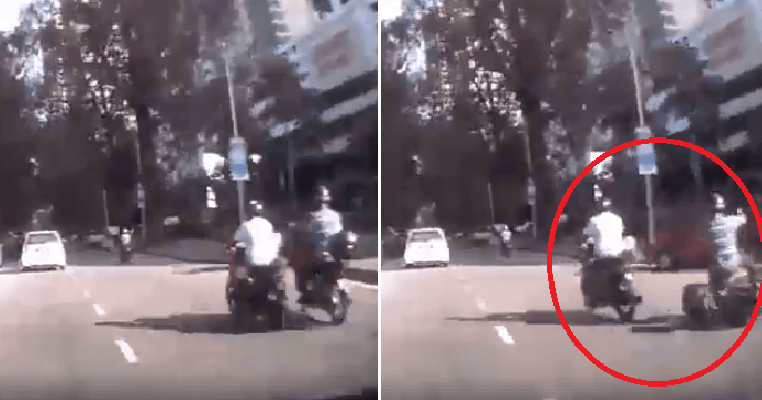 What on earth is going on? Recently, a senior citizen on a bike was kicked by another motorcyclist in Georgetown Penang, and this was captured in a viral video. Apparently, the poor man was kicked for no reason at all! 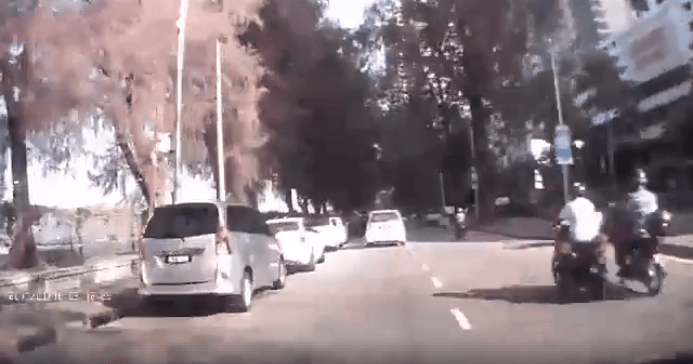 Police are now hunting for the man, who seemingly did the senseless act unprovoked. The Star reported that the incident took place on February 18, at around 3pm. At that time, the 60-year-old man was making his way home from the mosque and riding along the Gurney Drive area.

Suddenly, another motorcyclist overtakes him on the road and in that split second while passing the victim, the video shows him reaching out with his leg and kicking the old man. What’s wrong with him? This action causes the victim to fall from his motorcycle with his helmet falling off upon impact and was subsequently injured. 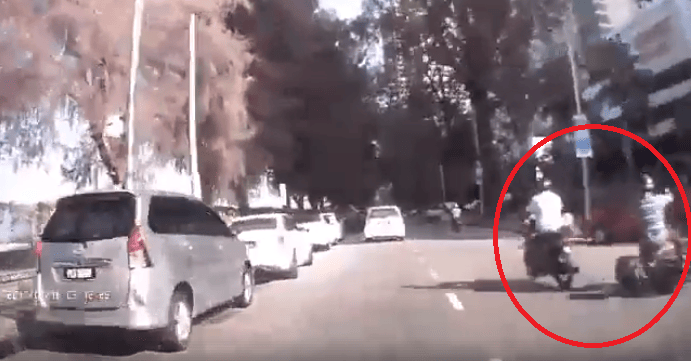 The video was taken from a dash cam recording on one of the motorists’ cars and police are currently investigating it. Meanwhile, the victim’s son had lodged a police report on the same day; it was also reported that the senior citizen was sent to the Penang Hospital where he was warded for injuries on several parts of his body as well as chest pain.

Timur Laut district police chief ACP Anuar Omar said they will speak to the woman who recorded the incident and launch a manhunt for the man. They will also take the original footage to obtain the man’s number plate and identity. 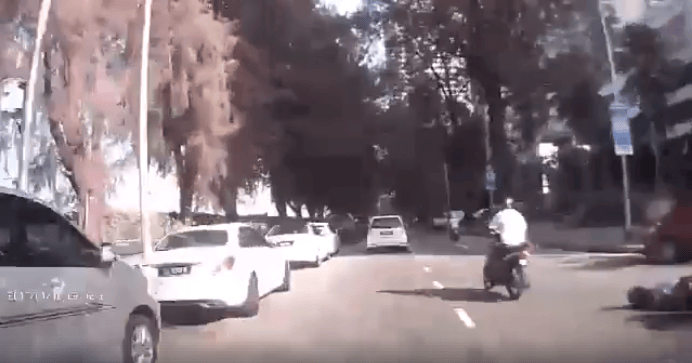 However, it is still not clear what the man’s motive was in kicking the victim as the victim’s son said his father did not have any disputes with anyone before the incident. Right now, the police urges anyone with information to head to the nearest police station in order to help with investigations.

That’s a terrible thing to do, especially when unprovoked! Hopefully they can catch the culprit soon and find out what his motive was!