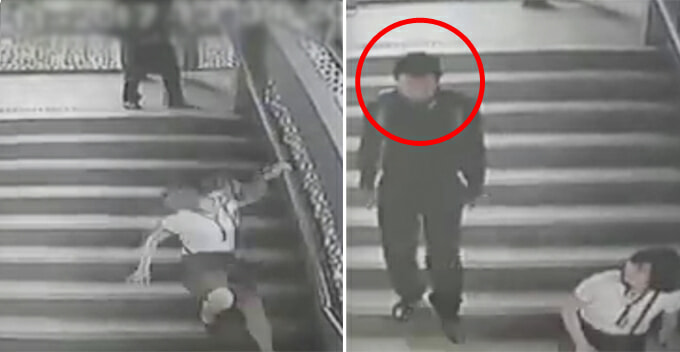 Attention KL folks! The notorious ‘woman kicker’ is back at it again!

Just this Monday (6 November), a woman clad in office attire was walking down the stairs when she was shockingly kicked from the back by a man. This incident happened at about 1.30pm near the flyover from Bank Negara Malaysia (BNM) to Jalan Raja Laut, as reported by Astro Awani. 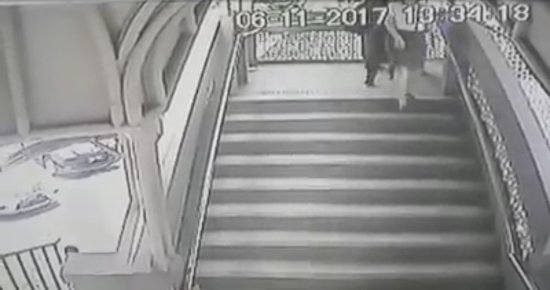 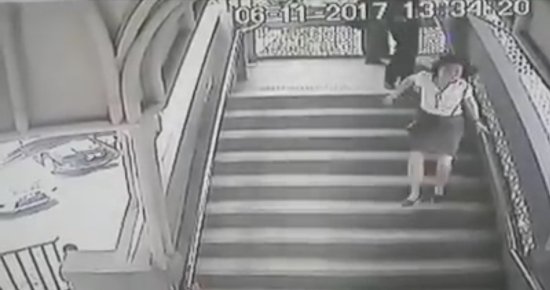 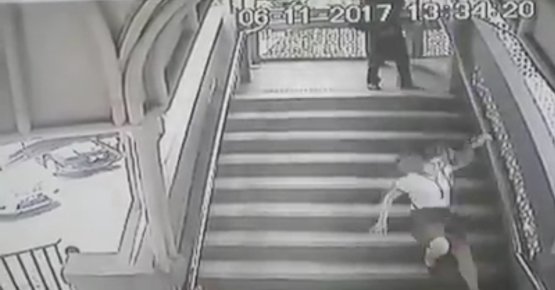 According to the CCTV footage, the woman slipped and fell after receiving a kick from the suspect who was dressed in a black. Luckily, she only fell a few steps and was able get back up right after. Phew…

The dumbfounded victim then turned around only to see the culprit casually walking by as if he had nothing to do with the incident. He obviously showed no remorse after hurting the innocent woman! 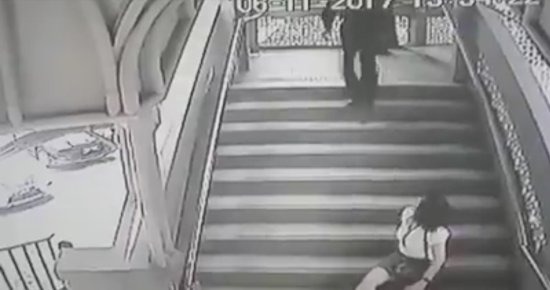 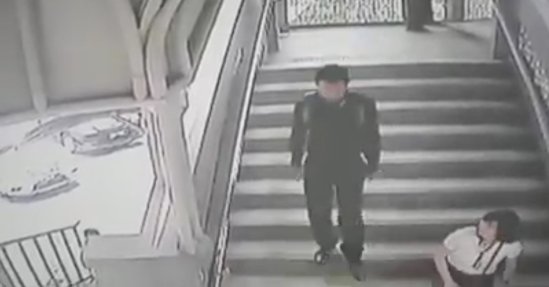 However, he had no idea that his heinous act was caught on CCTV, which had gone viral on social media. The police has since confirmed that the suspect was indeed the same person who was jailed for the same offence earlier this year.

“Our preliminary investigation revealed that the man had just got out from jail in July after serving his time for the same offence.

“Based on the previous case, we suspected the man to be mentally unsound, but we’re still waiting for the suspect’s medical report,” Dang Wangi district police chief said.

The suspect has been identified as Marmi Zabrin Mian, 33, who had served three months in jail for kicking a 28-year-old secretary in Bukit Aman for no reason in July 2016.

Right now, the police are still trying to track down the suspect and are considering using good behaviour bond against him to curb his atrocious habit.

We hope the police is able to nab him before he finds his next victim. To all pedestrians, please be extra vigilant when taking the staircase as we never know when he’s going to strike again. Stay safe guys!

Also read: KTV Hostess’ Eyeball Pops Out After Getting Kicked in Face With Stiletto Heel 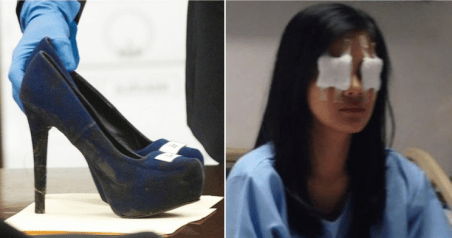